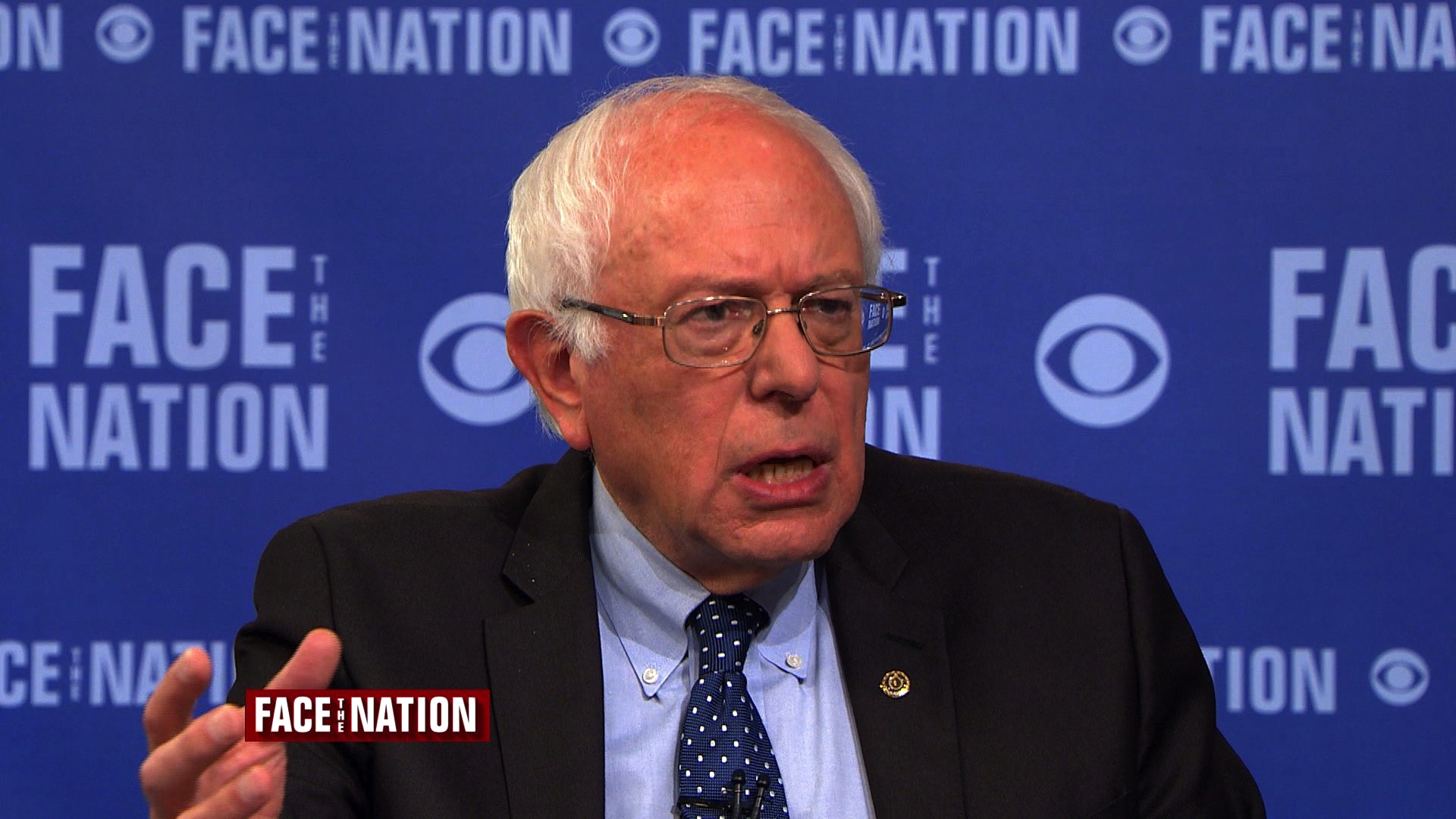 Vermont Sen. Bernie Sanders expressed his displeasure with the Democratic Party's schedule of 2016 presidential primary debates in a recent interview with CBS News' "Face the Nation," part of which aired Sunday.

The Democratic National Committee announced Thursday that the party will hold six primary debates between October 2015 and March 2016. The first will be held October 13 in Nevada.

Asked whether he believes the DNC is "putting a thumb on the scale in favor of Hillary Clinton," the party's dominant early frontrunner, Sanders said, "I don't know. Maybe."

"What's more important to me is I think in this country today, we need serious debate about serious issues," he added. "There're so many major problems facing our country. I think more debates is better. And I think having different organizations sponsor debates outside of the DNC makes a lot of sense to me."

Sanders wasn't the only Democratic candidate to raise objections about the DNC's debate schedule. " I think we're hurting ourselves if we try to circle the wagons and limit debate," former Maryland Governor Martin O'Malley told CNN on Thursday. "I mean, what is this, the World Wrestling Federation?"

Bill Hyers, a chief strategist for O'Malley's campaign, said the DNC's schedule made the primary election "less democratic" in a statement released Thursday.

"The schedule they have proposed does not give voters - nationally, and especially in early states - ample opportunity to hear from the Democratic candidates for President," Hyers said. "If anything, it seems geared toward limiting debate and facilitating a coronation, not promoting a robust debate and primary process."

O'Malley and Sanders are both trailing Clinton in primary polls (O'Malley more so than Sanders), and more debates could give them more opportunities to gain traction.

In a CBS News poll released last week, Clinton earned the support of 58 percent of Democratic primary voters, Sanders came in at a distant second with 17 percent, and O'Malley trailed both with only one percent.