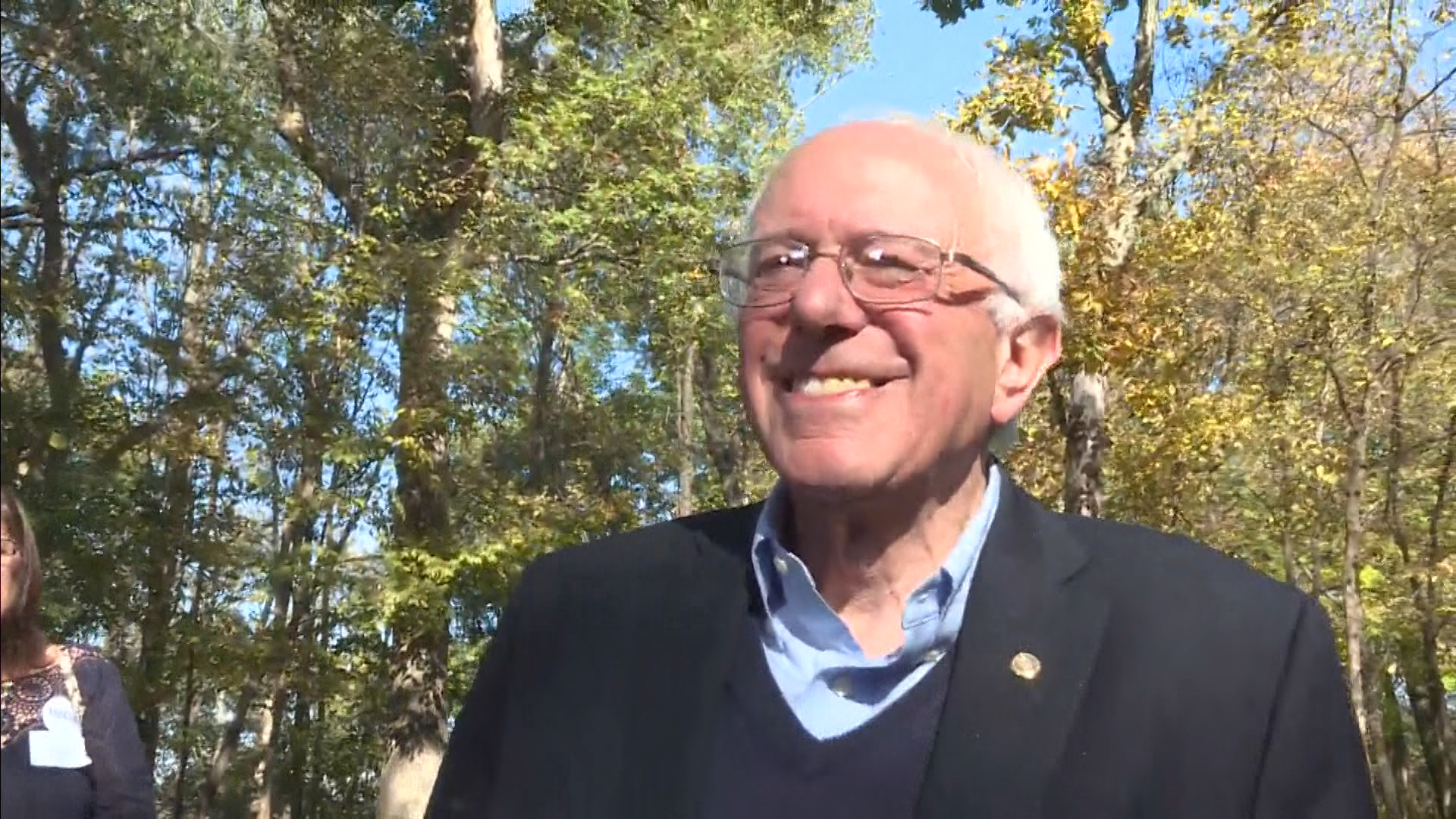 Bernie Sanders wants people to know that he has an "ample supply of underwear."

The Vermont senator and Democratic presidential candidate was portrayed by "Seinfeld" co-creator Larry David in a spoof of the Democratic debate. At one point, David launched into an extended rant that included a riff on Sanders' personal possessions.

"I don't have a super PAC. I don't even have a backpack," said David as Sanders. "I own one pair of underwear. That's it. Some of these billionaires, they got three, four pairs. And I don't have a dryer. I have to put my clothes on the radiator. So who do you want as president? One of these Washington insiders? Or a guy who has one pair of clean underwear that he dries on a radiator?"

CBS News digital journalist Kylie Atwood asked Sanders about his supply of undergarments during a campaign stop in Iowa Sunday.

"Last week I bought my second pair of underwear," Sanders said with a straight face. "That is a joke. Don't write it down, that was a joke. I have an ample supply of underwear."

His suits, however, were once in short supply.

"When I was mayor of the city of Burlington, I think I did have one suit but I have now, being a United States senator, increased my number of suits," he added.

Sanders joked that his team was going to put David on stage at his next rally.