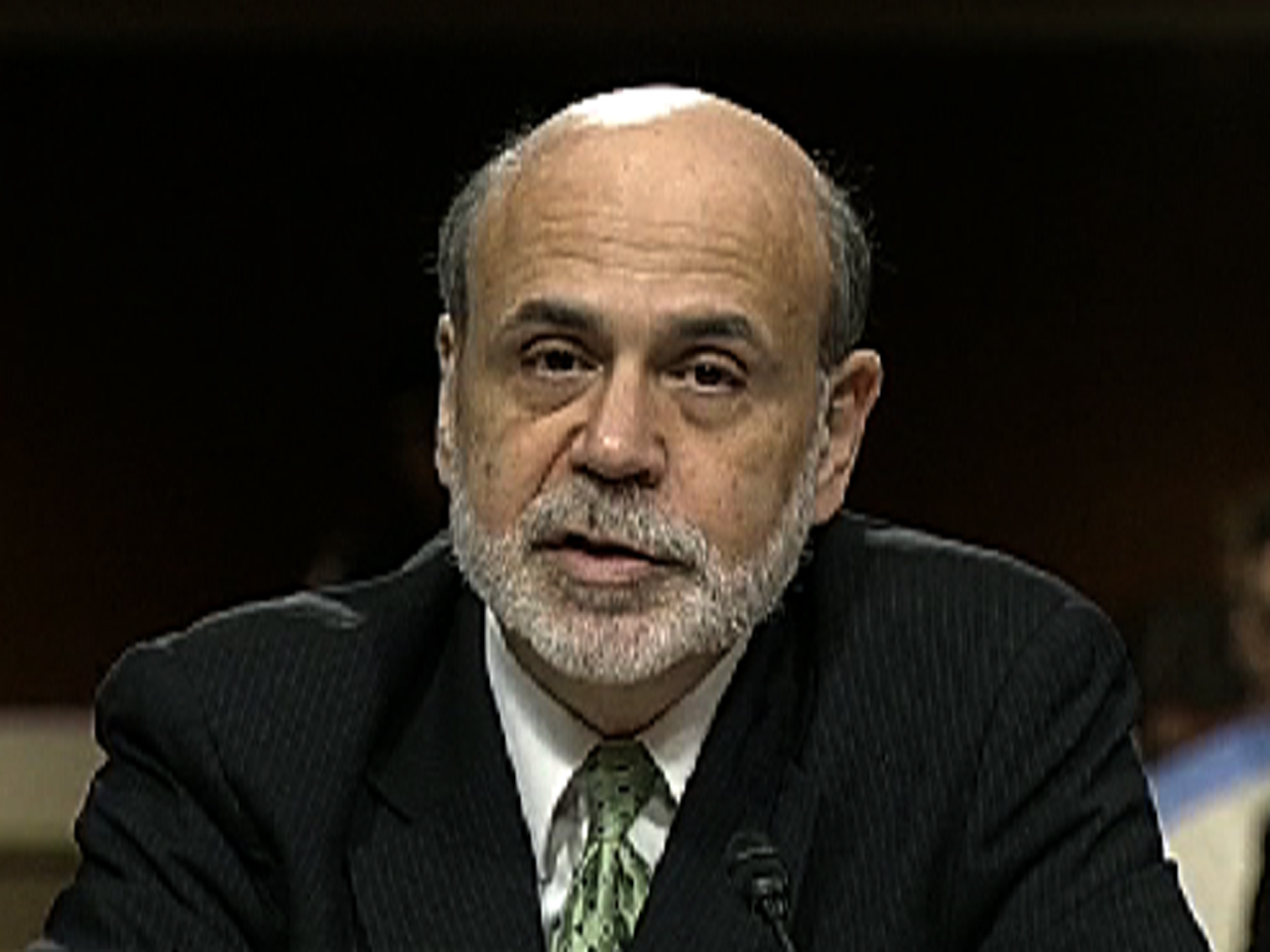 (AP) WASHINGTON - The U.S. economy has weakened and the Federal Reserve is ready to take further action to bolster growth if conditions don't improve, Chairman Ben Bernanke told a congressional panel Tuesday. But Bernanke provided no clues about what steps the Fed might take or whether any action was imminent.

Investors were hoping Bernanke would signal that the Fed was ready to launch another round of bond purchases, which aim to drive down long-term interest rates and encourage more borrowing and spending.

Bernanke is delivering his mid-year report on the economy to the Senate Banking Committee. He'll testify Wednesday before the House Financial Services Committee.

His report comes as job growth has slumped, manufacturing has weakened and consumers have grown more cautious about spending.

Bernanke acknowledged those developments in his testimony. He noted that the economy, after growing at an annual rate of 2.5 percent in the second half of 2011, slowed to roughly 2 percent in the first three months of this year and likely slowed further in the April-June period.

The economy will likely continue to expand moderately, he said. But the meager growth would slow further if Europe's debt crisis worsens or if Congress doesn't address an impending budget crisis before the end of the year.

"Although declines in energy prices are now providing some support to consumers' purchasing power, households remain concerned about their employment and income prospects and their overall level of confidence remains relatively low," Bernanke said in his testimony.

Even if the Fed announces another round of bond purchases, some economists question how much that would help. They note that mortgage rates and other key interest rates are already at record-low levels.

Bernanke has said that the Fed can only do so much to help the economy. In his testimony, he pointed to the Congressional Budget Office's warning that the economy could suffer a shallow recession next year if Congress is unable to reach a budget deal that would avert steep tax hikes and across-the-board spending cuts.

"The most effective way that the Congress could help to support the economy right now would be to work to address the nation's fiscal challenges in a way that takes into account both the need for long-run stability and the fragility of the recovery," Bernanke said in his testimony. "Doing so earlier rather than later would help reduce uncertainty and boost household and business confidence."

The economy was already sputtering when the Fed's policymaking committee last met June 19-20. At that meeting, the Fed decided to extend a program that shifts its bond portfolio to try to lower long-term interest rates. The Fed also reiterated its plan to keep its key short-term interest rate near zero until at least late 2014.

Minutes of the June meeting show that Fed officials were open to taking further action - but were divided over whether the economy needs help now.

Since then, the government has reported that job growth slowed sharply in the April-June quarter - to 75,000 a month from 226,000 a month from January through March. The unemployment rate stayed at 8.2 percent in last month.

Former Fed official Roberto Perli, managing director at the research firm International Strategy & Investment, doubts the Fed will take action at its next meeting July 31-Aug. 1, preferring to wait for more evidence of where the economy is headed.

But if growth and job creation continue to weaken, he says, Fed policymakers might unveil another round of bond purchases at its Sept. 12-13 meeting.