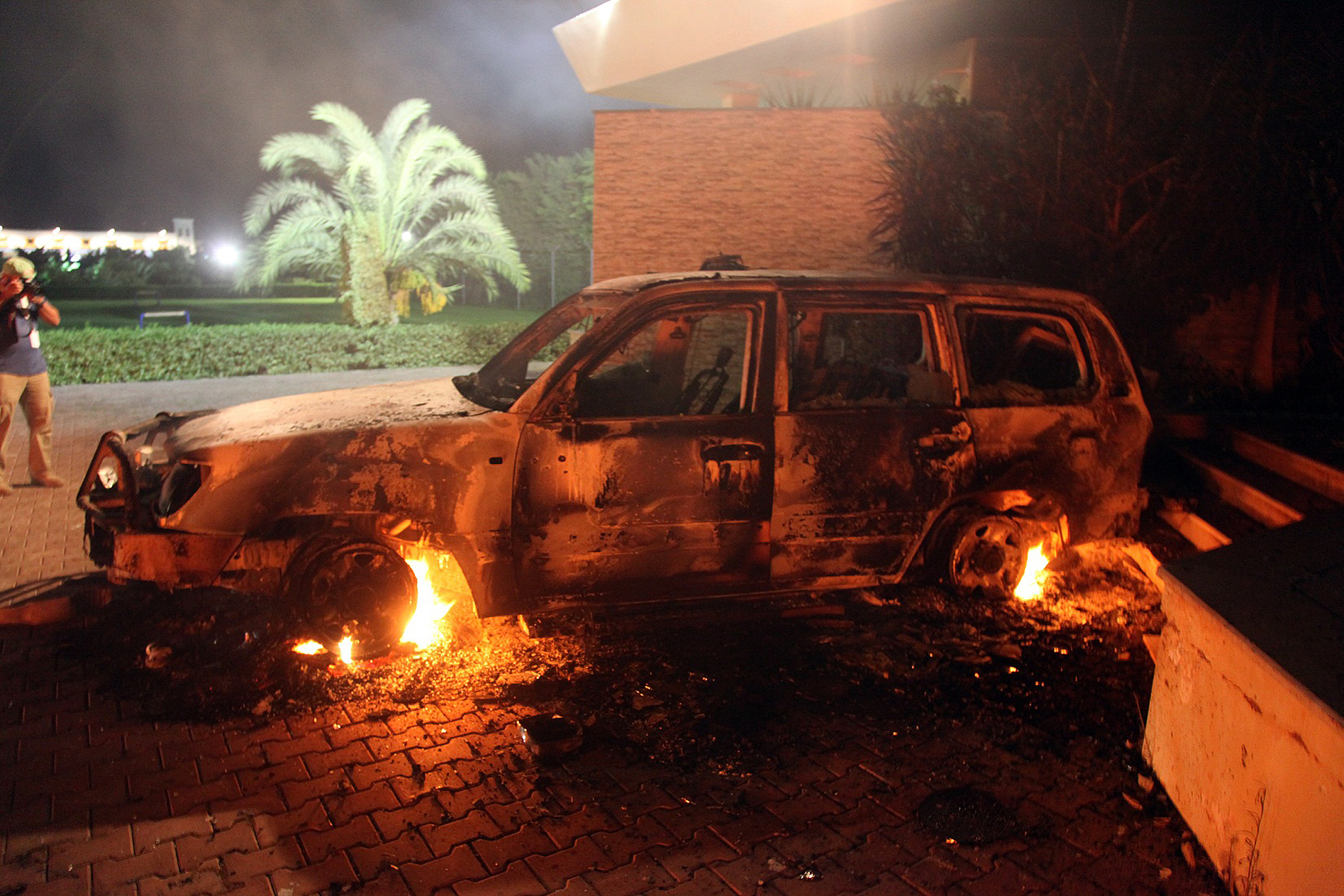 U.S. Special Operations forces captured Ahmed Abu Khatallah, a suspected leader of the attacks on a U.S. diplomatic facility in Benghazi, Libya in 2012, in a secret raid that took place over the weekend, the Pentagon announced Tuesday.

Khatallah is the first person connected to the attack, which left four Americans dead, to be brought into custody. Republicans have been extremely critical of the Obama administration for failing to bring to justice anyone involved in the attack despite the nearly two years that have gone by since it took place.

In his first public appearance of the day, a manufacturing-focused event in Pittsburgh, President Barack Obama reiterated his "absolute commitment was to make sure that we brought to justice those who were responsible."

"It's its important for us to send a message to the world: that when Americans are attacked, no matter how long it takes, we will find those responsible and we will bring them to justice," Obama said. "Regardless of how long it takes, we will find you, and I want to make sure that everybody around the world hears that message very clearly because my first and most solemn duty as president and commander in chief is to keep the American people safe."

White House press secretary Jay Carney told reporters that the operation -- which was first reported by the Washington Post -- is not the end of the U.S. search for suspects, but "marks an important milestone." He called Khattalah a "key figure in the attack."

Pentagon spokesman Rear Adm. John Kirby said that the raid was carried out Sunday in cooperation with law enforcement personnel. Khatallah was being held in a secure location outside of Libya, and all U.S. personnel involved in the operation have departed the country. There were no civilian casualties, Kirby said.

Senior administration officials said the plan to grab Khattalah had been on the table for a year. CBS News Chief White House Correspondent Major Garrett reported there was initial nervousness that an operation would increase instability in Libya, but officials became more concerned because Khattalah was often surrounded by militia. They needed to go after him at a time when he was least covered.

In a town hall on CNN Tuesday night, former Secretary of State Hillary Clinton, who has been dogged about her role in the aftermath of the attacks since they took place, said she was "very pleased" with what had happened.

"This is another indication as President Obama said in his statement today that the United States has an unwavering commitment, to bring to justice those who are responsible for attacks on Americans, no matter where they are, no matter how long it takes. It took, as you know, 10 years to bring, Osama bin Laden to justice ... but Ahmed Abu [Khattalah] has been very much on the minds of our law enforcement, our military and our intelligence professionals since that night, in September of 2012."

The Obama administration in January named Khattalah a global terrorist along with Sufian bin Qumu, the leader of the Derna branch of Ansar al-Sharia in Libya. The branches of the Islamist militia in Benghazi and Tunisia were also designated foreign terrorist organizations.

Khattalah was the first person charged in connection with the attack by federal prosecutors last August. CBS News Justice and Homeland Security correspondent Bob Orr reports that he has been put on a ship and is being interrogated. It is expected that he will eventually be read his rights and brought to D.C. to face criminal charges in federal court.

He told The Associated Press in 2012 that he was not involved in the Benghazi attacks but rather went to the U.S. compound to rescue men who were trapped inside. But other eyewitnesses said he was present at the attacks directing fighters.

Khattalah began moving around within Libya more and more after U.S. special forces carried out a raid in Libya last October to capture Anas al-Libi, an al-Qaeda leader linked to the 1998 American Embassy bombings in East Africa, Orr reports. The U.S. received intelligence indicating Khattalah was possibly at a villa on the coast Sunday night, leading to his capture.

But one month after the attack he seemed unconcerned about the accusations of his involvement. In an interview with CBS News' Liz Palmer, he said that if the Libyan president was accusing him of perpetrating the attacks, "Then he should come to my house and arrest me."

Key congressional figures were briefed on the operation.

"It is obviously good news that this terrorist is now in American custody, and I am grateful for the work of our military - assisted by the FBI - in capturing him," House Speaker John Boehner, R-Ohio, said in a statement. "I look forward to hearing more details regarding the raid, and I expect the administration to give our military professionals time to properly gather any useful intelligence he has."

Georgia Sen. Saxby Chambliss, the top Republican on the Senate Intelligence Committee, said the administration had been in touch with lawmakers for several days about the raid. It stood in contrast to the prisoner swap that secured the release of Army Sgt. Bowe Bergdahl, when the administration failed to give Congress the required 30-days notice before releasing detainees from Guantanamo Bay.

Some Republicans, including Sens. Marco Rubio of Florida, John McCain of Arizona and Lindsey Graham of South Carolina, have said Khattalah should be held at Guantanamo Bay as an enemy combatant.

But National Security Council spokeswoman Caitlin Hayden was quick to rule that out.

"The administration's policy is clear on this issue: we have not added a single person to the GTMO population since President Obama took office, and we have had substantial success delivering swift justice to terrorists through our federal court system," she said. "The system has repeatedly proven that it can successfully allow us to gather intelligence, handle the threat that we continue to face, and prosecute terrorists."

Dianne Feinstein, the chairwoman of the Senate Intelligence Committee, said she gave her full support to the administration's plan to gather intelligence from him and then prosecute him in federal court.

"Past cases against terrorists like Abu Khatallah have shown that we can obtain intelligence, convict terrorists and lock them away for a very long time. The U.S. criminal justice system has successfully convicted over 500 terrorists since 9/11, and I have full confidence in the ability of our federal courts," Feinstein said.