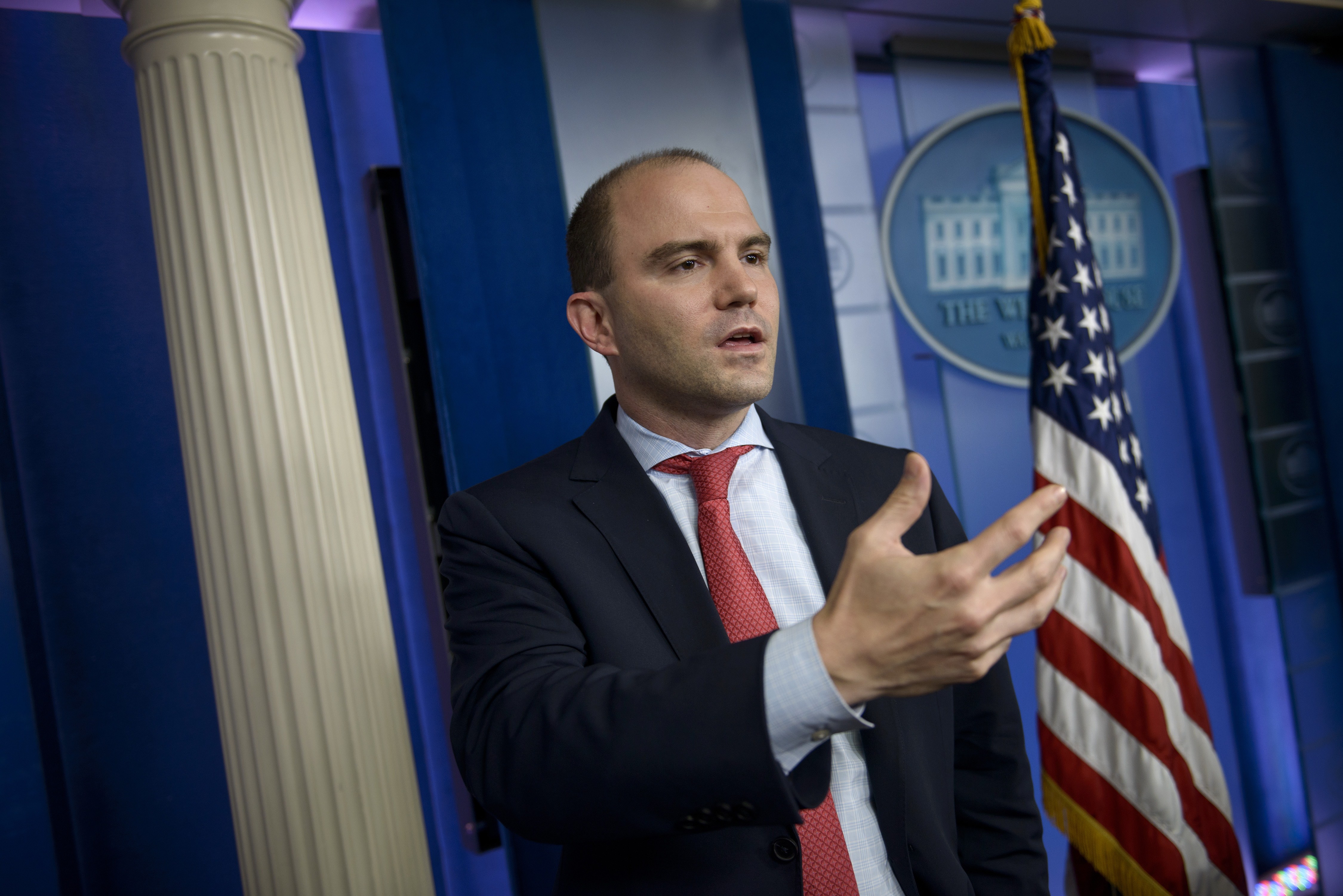 The White House on Monday worked to contain the damage caused by one of President Barack Obama's closest aides, who, in a seemingly candid, behind-the-curtain magazine story, ripped the Washington press corps as know-nothings, talked of creating an "echo chamber" of supporters to sell the Iran nuclear deal and dismissed long-time foreign policy hands, including Hillary Clinton, as the blob.

In a blog post published late Sunday, deputy national security adviser Ben Rhodes tried to clarify his comments about the public relations campaign he mounted to sell the Iran nuclear deal to Congress and the public. Rhodes, a senior speechwriter and foreign policy adviser, wrote that he didn't try to dupe the press or spin Washington.

"It wasn't 'spin,' it's what we believed and continue to believe, and the hallmark of the entire campaign was to push out facts," Rhodes wrote on the website Medium.com. "These were complicated issues."

Rhodes is facing an onslaught of criticism for his comments in a New York Times Magazine article published Sunday. In the piece, Rhodes said he used advocacy groups to create an echo chamber of supporters. He dismissed Washington's foreign policy establishment. And he described reporters as uninformed about world affairs

"All these newspapers used to have foreign bureaus," Rhodes told the magazine. "Now they don't. They call us to explain to them what's happening in Moscow and Cairo. Most of the outlets are reporting on world events from Washington. The average reporter we talk to is 27 years old, and their only reporting experience consists of being around political campaigns. That's a sea change. They literally know nothing.

In a statement issued Monday, Sen. John McCain said the article exposes how the White House "manipulated and, in some cases, manufactured facts."

Asked about Rhodes comments on Monday, White House spokesman Josh Earnest defended the way the White House explained its landmark nuclear agreement as factual. He said he'd never heard Rhodes use the word "blob" to describe Clinton or other top officials. And Earnest said he suspected Rhodes would take back his description of the White House press corps.

"I assure you that's not how it was intended and based on that reaction I'm confident he would say it differently if given the chance," he said.