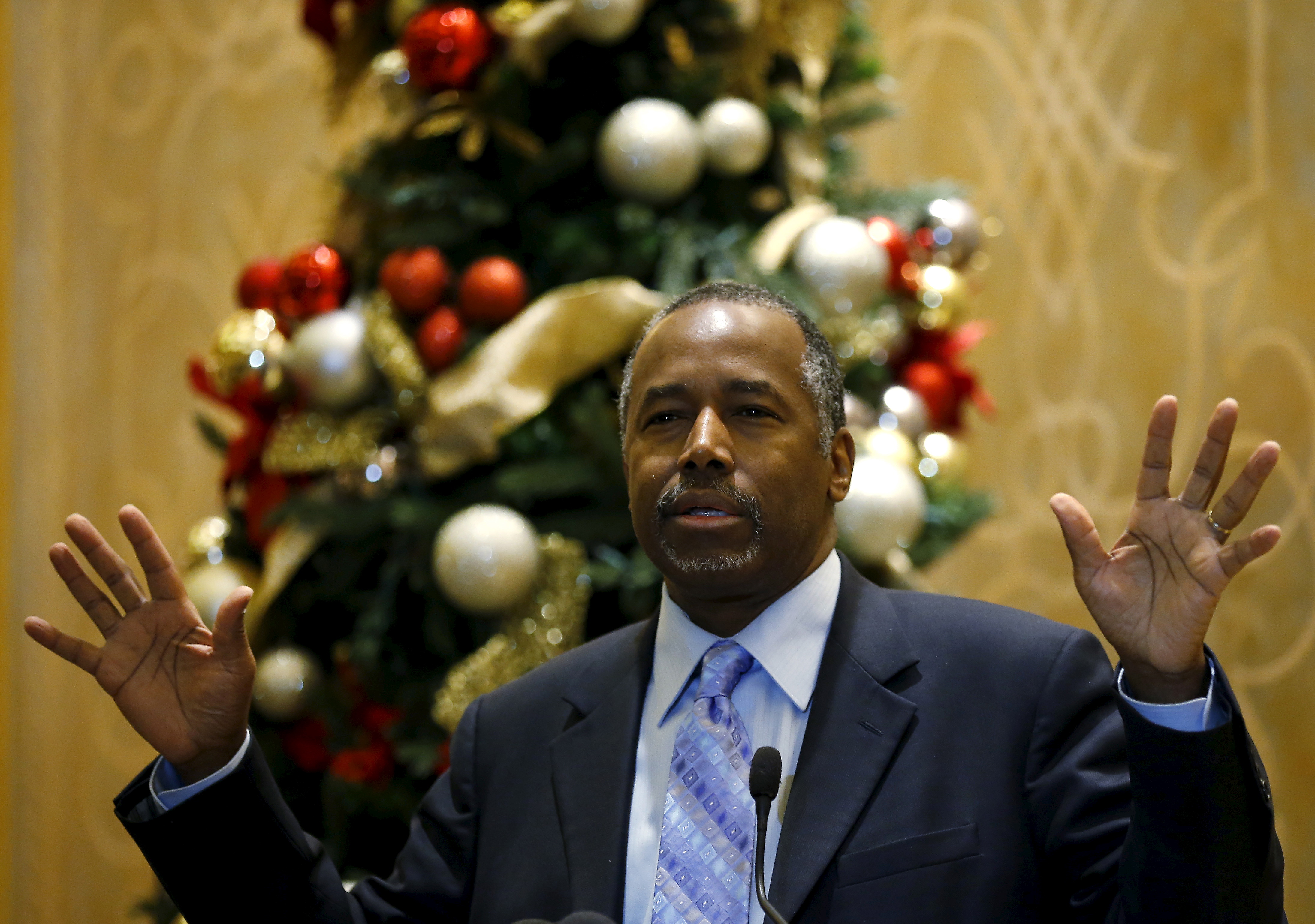 "The situation with the McDonald shooting is very disturbing," said Carson. "That represents a failure of government and everybody loses in a situation like that, the community loses, the state loses, the nation loses, we simply cannot condone this kind of activity," he added.

Carson alleged today that the footage was hidden from the public for political reasons. "It was hidden for a really long time from the people and that was a very inappropriate act, and it's hard to come up with a rational reason to do that," he said.

But he declined to weigh in on whether Chicago Mayor Rahm Emanuel should step down, saying it was a decision for the voters.

Carson, the only black candidate in the 2016 presidential race, has previously called for Americans to move beyond the issue of race and Thursday, in discussing his meeting with religious leaders, he called for dialogue between the community and law enforcement.

"One of the major things to come up is the need to communicate, the need to talk with each other, to get the various components of the community, the police, the leadership people in the community to talk to develop a relationship to get to know each other because when that happens, a lot of times things do not blow up the same way as they do when people don't know each other", he said.

Protesters took to the streets this week, and the Chicago police department has been under fire following both the delayed release of the dash cam video and the charging of Officer Jason Van Dyke.

Carson called for police departments across the country to intervene early when suspicions are raised about individual officers.

"There are bad apples in police departments," said Carson. "We need to get to the point where it is dealt with appropriately in all cases because to become a police officer you're given a great deal of authority, but along with that comes a great deal of responsibility to the society."