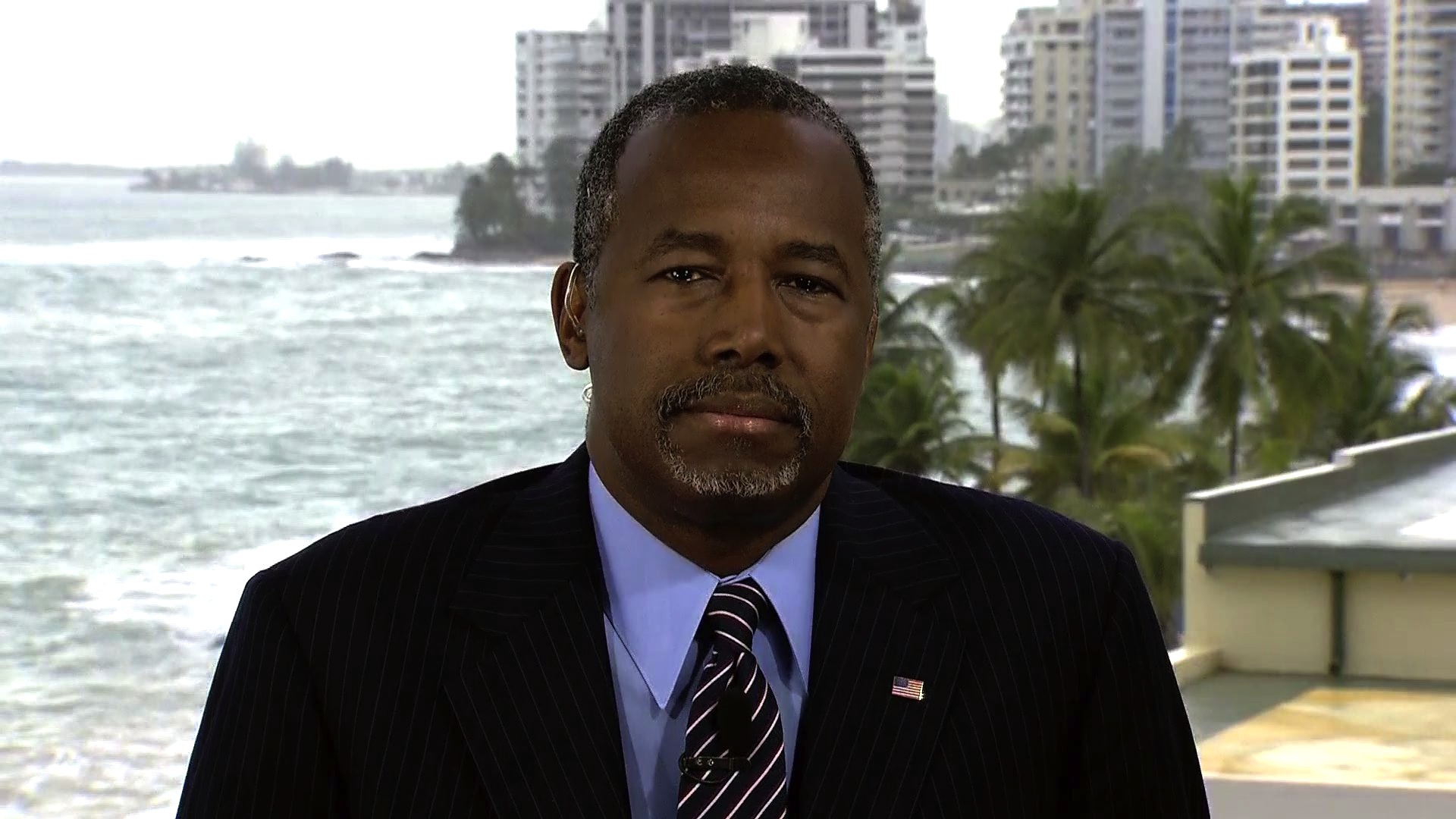 Ben Carson, the retired neurosurgeon and Republican presidential candidate, said Sunday that he has received increased scrutiny in recent days because "a lot of people are very threatened" by his candidacy.

"There's no question I'm getting special scrutiny," he said in an interview on CBS' "Face the Nation." "They've seen the recent head-to-head polling against Hillary and how well I do. And, you know, they're worried. There is no question about it."

Media outlets have been reviewing several stories Carson describes in his autobiography, "Gifted Hands," and have found that many of the claims are difficult to verify.

CNN was unable to find anyone who could verify Carson's accounts that he once tried to stab a friend and hit his mother with a hammer. The Wall Street Journal reported that the class "Perceptions 301" did not exist while Carson was a student at Yale University, despite Carson's claims that he was the only student to finish a difficult exam for the class. Politico questioned the veracity of Carson's oft-repeated claim that he was offered a "full scholarship" to the U.S. Military Academy at West Point, which does not offer scholarships because the cost of attendance is free.

Asked about the scholarship on "Face the Nation," Carson said, "I said it was offered. I didn't say I received it."

He described a banquet he attended with "a lot of military officials" who were impressed about his career.

Carson recounted they told him, "'Well, we would be able to get you a full scholarship to West Point.' And I said, "That's wonderful." And I was very flattered by that. But I had already determined that I was going to go on to college and on to medical school. So, you know, that's what happened. And that's why I said I was offered that."

"For people that try to take this and twist it and make it seem like something dishonest, that seems like dishonesty itself," Carson said, adding that he only had enough money to apply to Yale, so he could not have applied to West Point.

Carson did not specify who exactly is threatened by his candidacy but insisted, "the whole point is to distract the populous, distract me."

"If you've got a real scandal, if you've got something that's really important, let's talk abut that," he said.

He refuted the Wall Street Journal story about the psychology class at Yale with a post on his Facebook page.

"Allow me also to do the research for the Wall Street Journal reporter. Here is a syllabus for the class you claim never existed. Still waiting on the apology," Carson writes. The link goes to a page for the course "Psychology 323b," which was offered in Spring 2002. Carson claimed to take "Perceptions 301" while he attended Yale in the early 1970s.

In the interview, he also talked about the qualities that he believes make him qualified for the presidency. In a widely-shared Facebook post earlier this week, he wrote that the men who signed the Declaration of Independence were also not politicians.

"I would say that we all have different experiences in life, and that our country was designed for citizen statesmen, not career politicians," he added in the "Face the Nation interview, citing his range of experiences in neurosurgery, on corporate boards, and running a scholarship program. "That's a lot of experience. And in terms of the 2:00 and 3:00 in the morning phone calls where you have to make a life and death decision, I'm sure I've had a lot more of that than everybody else running, combined."

In another question, moderator John Dickerson asked him about the drug addiction, a topic that some of the Republican candidates have discussed in the past few weeks.

"Usually addictions occur in people who are vulnerable, who are lacking something in their lives. And so, you know, we have to really start asking ourselves, 'What have we taken out of our lives in America? What are some of those values and principles that allowed us to extend the ladder of success so rapidly to the very pinnacle of the world, and the highest pinnacle anyone else had ever reached? And why are we in the process of throwing away all of our values and principles for the sake of political correctness?'" Carson said.

He specifically said that heroin addiction is "very alarming" and that the transportation of heroin through the southern border of the U.S. is "unimaginable."

"We need to not give up on this war on drugs, and certainly not to facilitate it. We can do this, but we have to have the national will to do it," he said.