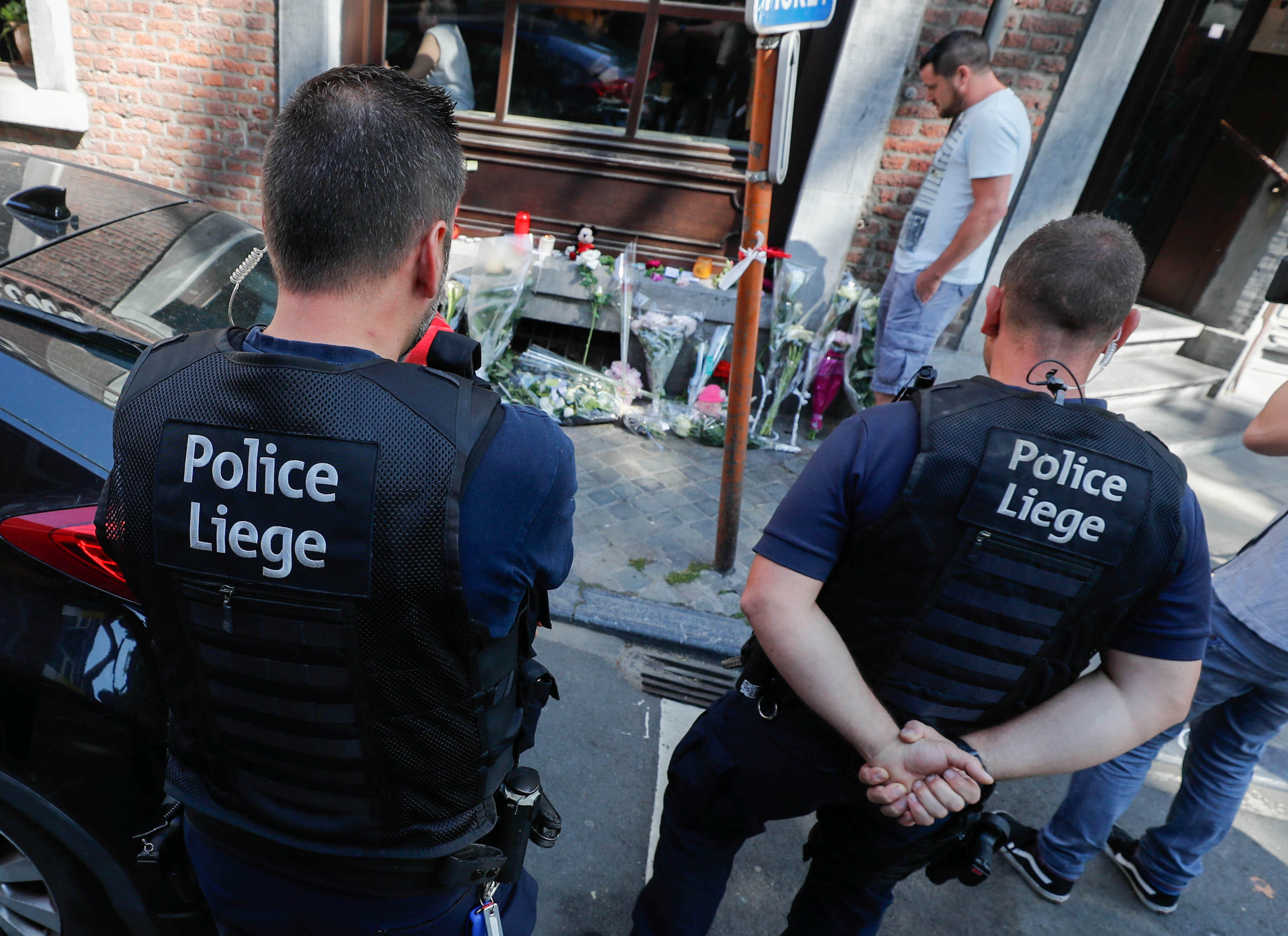 BRUSSELS -- Belgian Interior Minister Jan Jambon said Wednesday that a man who shot dead two police officers and a bystander in the eastern city of Liege had already killed another person the day before the attack. The shooter, Belgian national Benjamin Herman, also took a woman hostage during his rampage on Tuesday, and Jambon said she may have talked him down and helped to avoid more deaths inside the school.

"He also committed a murder the night before," Jambon told broadcaster RTL. Jambon confirmed that the fourth victim was a former inmate who did prison time with Herman. Herman is alleged to have killed the man on Monday evening by hitting him over the head with a blunt object.

During Tuesday's attack, Herman, who was on a two-day release from prison, crept up behind two female police officers, stabbed them repeatedly, stole their handguns and shot them in the back. He also shot dead a man sitting in a nearby car. Shortly after taking the woman hostage he ran from the school firing at police and was gunned down.

Jambon, Prime Minister Charles Michel and King Philippe visited the woman in hospital, where she was being treated for shock.

"She was very courageous and perhaps, but this we will have to verify, she helped avoid more victims in the school," Jambon said.

Justice Minister Koen Geens said on Sunday that Herman was on a two-day leave from prison. Geens described him as a repeat offender who had been incarcerated since 2003 and was due for release in two years.

Jambon said an investigation has been launched into the incident, including the circumstances surrounding his release from prison.

"It's really an isolated case. He wasn't part of a network, he did not receive instructions from anyone else, so there is no need to raise the terror threat alert level," Jambon said, adding that investigators have no precise information that any other attacks might have been likely.

A Belgian federal magistrate said on Wednesday, however, that the attacks were being considered "terrorist murder" and the investigation was focused on whether the attacker acted alone.

Wenke Roggen said Herman shouted "Allahu akbar," the Arabic phrase for God is great, several times during the shooting rampage before he was shot down by a group of police officers.

Roggen said the attack was being treated as terrorism given the way Herman acted, which she said resembled Islamic State of Iraq and Syria (ISIS) calls via video to attack police with knives and steal their weapons, the fact that he yelled Allahu Akbar and was in contact with radicalized people.

The apparent contradiction between the Interior Minster's remarks and those of the prosecutor were not immediately resolved.

Amid questions about how two officers could have been disarmed, Jambon praised the work of all involved, saying "the police did an extraordinary job."

"They reacted well. All the systems, all the procedures worked. But if you are attacked from behind, as was the case with the two officers, you can't do anything," he said.

Belgian police and military have been on heightened alert since suicide bombers killed 32 people at the Brussels airport and subway system in 2016.