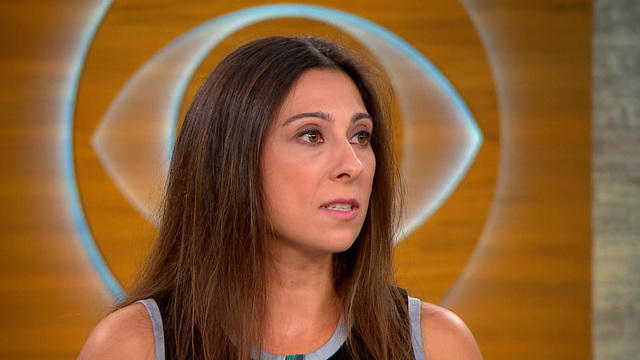 The woman in charge of investigating sexual assault complaints at the nation’s largest Baptist university has stepped down.

Baylor University said in a statement that Title IX coordinator Patty Crawford was “disappointed in her role in implementing the recommendations” of an independent investigation into the school’s handling of sexual assault allegations.

For more than a year, Baylor University has been plagued by allegations it failed to handle cases of sexual assault committed by its students. One lawsuit called the school “a hunting ground for sexual predators.”

Back in May, a scathing report from private law firm Pepper Hamilton – which was hired by Baylor to independently review its past treatment of sexual assault – blasted the school’s response to reports of sexual violence as “wholly inadequate” with an “overwhelming majority of cases” not even getting a hearing. Investigators painted a picture of a football program that was “above the rules,” but said there were “institutional failures at every level.”

Just this week, two more women, who say they were sexually assaulted while attending Baylor, joined six others in a lawsuit against the school. Jasmin Hernandez sued the university back in March. She was raped by Tevin Elliott, a Baylor football player now serving a 20-year sentence.

“I think it’s even more tragic that the university has been aware of all of these instances and had the opportunity to do the right thing and yet, they choose time and time and time again to do the wrong thing,” Hernandez said.

Following its report, Pepper Hamilton gave Baylor more than 100 recommendations, which the school adopted as mandates.

The fallout led to the demotion and later resignation of school president KenStarr, also the former special prosecutor whose investigation led to the impeachment of President Bill Clinton.

“I understand I made some mistakes. There were some bad things that went on under my watch. I was the captain of this ship. The captain of the ship goes down with it,” Briles said.

On “CBS This Morning” Wednesday, the now former Title IX coordinator of the university -- who joined in 2014 -- spoke out for the first time since her resignation, and claimed that the school had had “set me up from the beginning.”

In an additional statement, Baylor said they were “surprised by the action taken by Patty Crawford given her public comments about the strong support she felt from across the University,” saying her request for “one million dollars and her request to retain book and movie rights were troubling.”

In an August interview, Crawford had said that the university had an “excellent board that listens and is very supportive,” and that she had a “good partnership” with the athletics department. Crawford acknowledged this again on “CBS This Morning” Wednesday, but said she had taken issues with “a group of seniors that made sure that they were protecting the brand... instead of our students.”

“I continued to work hard and the harder I worked, the more resistance I received from senior leadership. That became clear that that was not something the university wanted and in July, I made it clear and ready that I had concerns and that the university was violating Title IX and my environment got worse,” Crawford told “CBS This Morning” Wednesday.

After filing a federal complaint to the Office of Civil Rights and human resources, Crawford said she had to make the decision.

Crawford alleges that she was the school did not allow her to fulfill her job as Title XI coordinator and retaliated against her.

“I never had the authority, the resources, or the independence to do the job appropriately, which the Department of Education writes in its guidance for Title IX coordinators in universities,” Crawford said. She said that included being disconnected from meetings and conversations, and the university “making decisions only a Title IX coordinator should make, based on protection for the brand.”

But one of the latest women to join the lawsuit against Baylor alleges that in June 2015, while Crawford was coordinator, her office did not perform an investigation into her alleged sexual assault.

“Do you feel that you’re personally responsible in that case?” asked “CBS This Morning” co-host Norah O’Donnell.

“I don’t know the case because I think it was a Jane Doe. Like I said, we’ve had hundreds of reports. I can say that we do everything we can to apply to what the student wants. If the students don’t respond, I don’t try to push because I don’t want to trigger them,” Crawford said.

Crawford’s attorney, Rogge Dunn -- who joined her on “CBS This Morning” -- defended his client’s request for a million dollars and book and movie rights, saying

“There was a mediation and Texas law is quite clear that you cannot comment on what took place at the mediation... In a desperate attempt to smear Patty, what they’ve done is violated Texas law. Believe me, there’s nothing I would rather tell you than what went on in that mediation because it’s in favor of Patty, but the law says that you can’t do that and we choose to follow the law, unlike Baylor University.”

Hundreds of drivers say popular SUV may be making them sick