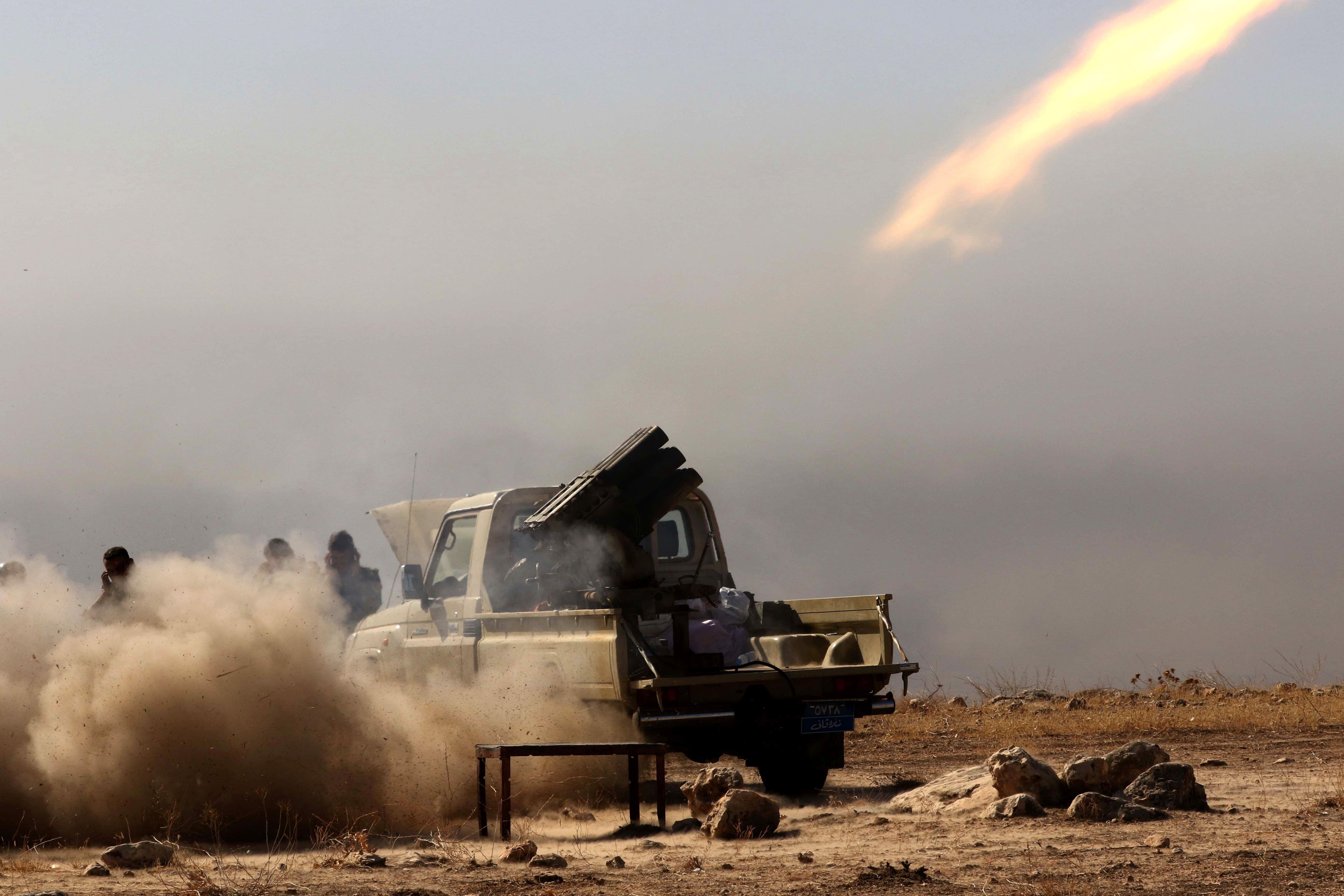 The battle to retake Iraq’s second-largest city from Islamic State of Iraq and Syria (ISIS) militants is underway. Thousands of Iraqi and Kurdish fighters are advancing on villages outside the northern city of Mosul. American warplanes are providing air support.

ISIS seized the city more than two years ago. This opening phase of the fight to win it back could take weeks, or months.

Reporting from the front lines east of the city, CBS News’ Holly Williams was with the fighters just after dawn this morning when they broke through the front line, with a column of tanks and armoured vehicles moving into an area which has been controlled by ISIS for two years.

Kurdish fighters are trying to re-take the main road into Mosul.

The Kurds have light arms and artillery. Williams reports that ISIS has responded this morning with a suicide car bomb, which moved through the area and was then eventually blown up by a U.S. coalition airstrike.

Over the last few days pro-government Iraqi forces have moved into position around the outside of Mosul. They include the Iraqi army, Kurdish fighters, and militia men.

The U.S. coalition is also involved in this fight. There are around 6,000 U.S. servicemembers currently here in Iraq.

In recent days, Williams reports, video has emerged from inside Mosul of what appear to be U.S. coalition airstrikes on the city.

It’s thought that there are between 3,000-5,000 ISIS fighters inside Mosul and that they have laid explosives to protect themselves.

For ISIS, Mosul is really the jewel in the crown of its so-called Islamic State, and nobody here is expecting this fight to be quick or easy.

In an early assessment, however, Iraqi Army Lt. Gen. Talib Shaghati, who is in charge of the Mosul operation, told the Associated Press it was “going very well,” and the allied forces were moving forward according to their plan.

He added that the U.S. coalition support -- particularly with airstrikes and intelligence -- was “very important” to the fight.