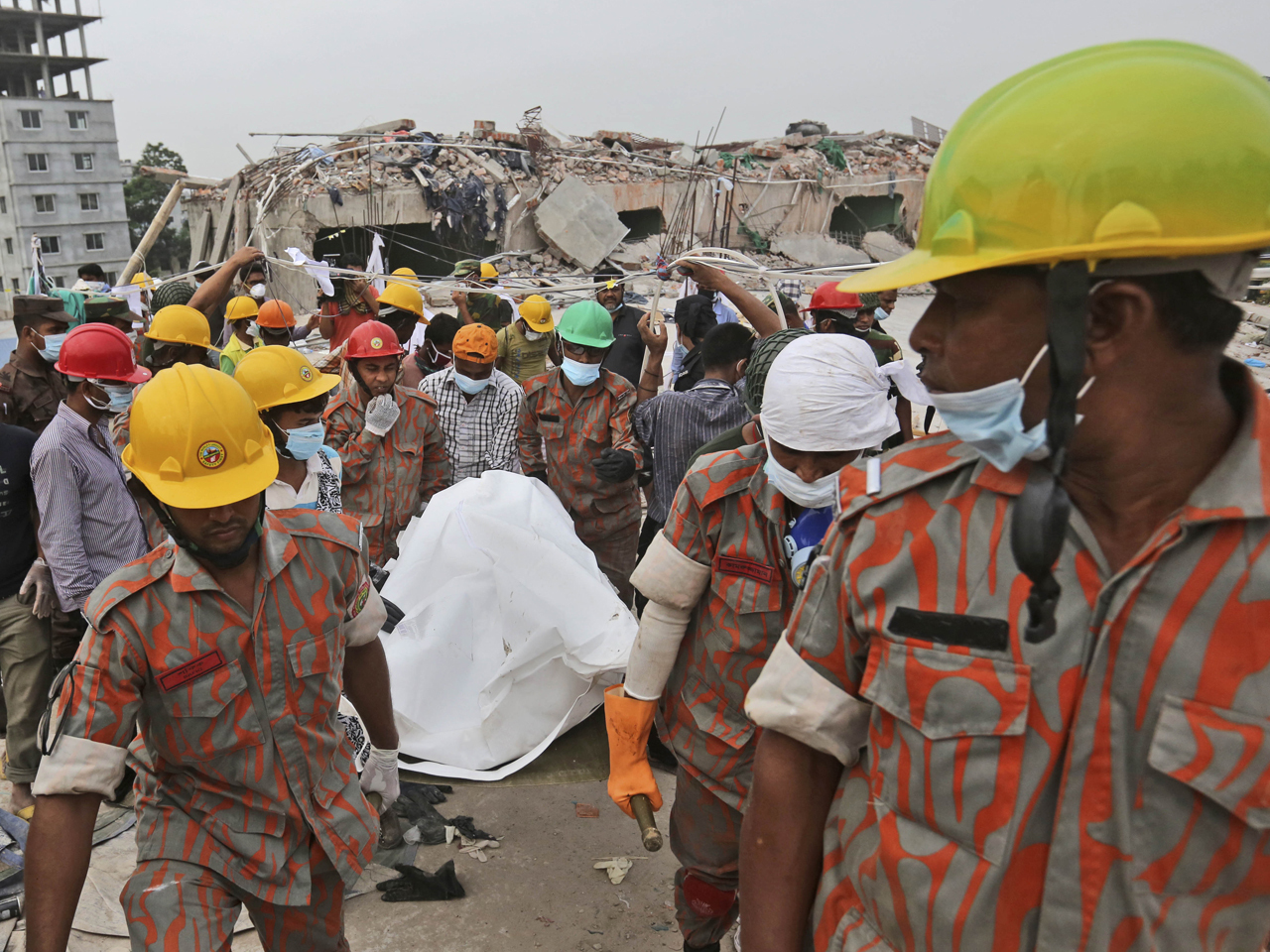 SAVAR, Bangladesh A fire broke out late Sunday in the wreckage of the garment factory that collapsed last week in Bangladesh, with smoke pouring from the piles of shattered concrete and some of the rescue efforts forced to stop.

The fire came four days after the collapse, as rescuers were trying to free a woman they found trapped in the rubble. The flames broke out when sparks were generated by those rescuers trying to cut through a steel rod to reach the woman, said a volunteer rescuer, Syed Al-Amin Roman. At least three rescue workers were injured in the fire as they frantically tried to hose down the flames, he said.

CBS News correspondent Kelly Cobiella reports rescuers returned to the woman after the fire was out, but she had died. They were still trying to reach any possible survivors in other parts of the destroyed eight-story building.

"We've evacuated many people dead and alive, he said, but in some cases it's not possible," said Nurul Islam of the fire brigade.

The fire came hours after the owner of the illegally-constructed building was captured Sunday at a border crossing with India.

Mohammed Sohel Rana was arrested in Benapole in western Bangladesh, just as he was about to flee into India's West Bengal state, said Jahangir Kabir Nanak, junior minister for local government. Rana was brought back by helicopter to the capital Dhaka where he faced charges of negligence. Cobiella reports he is accused of building the factory on soggy, sandy ground and building three floors without permits.

Rana's capture brought cheers and applause when it was announced on a loudspeaker at the site of the collapsed building in the Dhaka suburb of Savar.

The death toll in Wednesday collapse is close to 400 and hundreds more are still missing. The death toll is expected to rise but it is already the deadliest tragedy to hit Bangladesh's garment industry, which is worth $20 billion annually and is a mainstay of the economy. The collapse and previous disasters in garment factories have focused attention on the poor working conditions of workers who toil for as little as $38 a month to produce clothing for top international brands.

Bangladesh's garment industry was the third largest in the world in 2011, after China and Italy, having grown rapidly in the past decade. The country's minimum wage is the equivalent of about $38 a month.