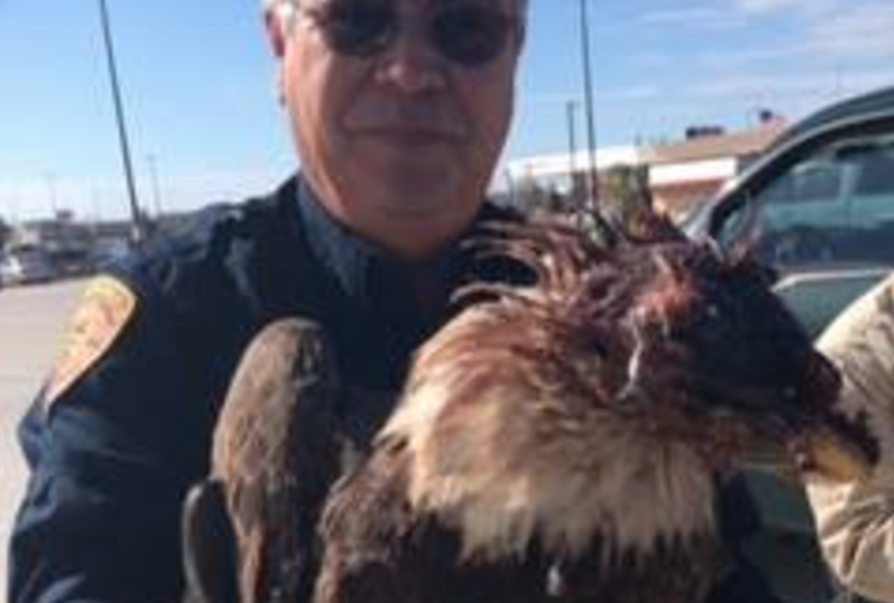 Deputies are searching for the person responsible for the gruesome shooting of a bald eagle in Anahuac, Texas, on Monday.

“This is one of the most horrific cases we’ve seen,” a spokesman at the Wildlife Center of Texas told CBS News.

On Tuesday afternoon, the center reported that the bald eagle had to be euthanized due to the severity of its injuries, adding an investigation is underway into the incident. The rescue group also shared graphic images of the eagle on its Facebook page and described the horrific injuries the bird suffered.

“His beak was almost completely severed from his skull, leaving his nasal cavity open to continuous infection,” the center wrote on Facebook. “In addition, he was not visual in his right eye, making hunting almost impossible.”

“This is unbearably heartbreaking,” one user commented on the post.

“This is so tragic,” another added.

“Tragic cases like this motivate us even more to continue our mission of helping all native wildlife through rehabilitation, environmental education, and emergency response,” the Wildlife Center of Texas said. “We would like to remind everyone how vital it is to teach compassion for all life from a young age. Compassion for animals teaches compassion for our own kind.”

If anyone has information, officials urge you to contact Chambers County Crime Stoppers at 844-860-8477 or Texas Wildlife Crime Stoppers Operation Game Thief at 800-792-4263.