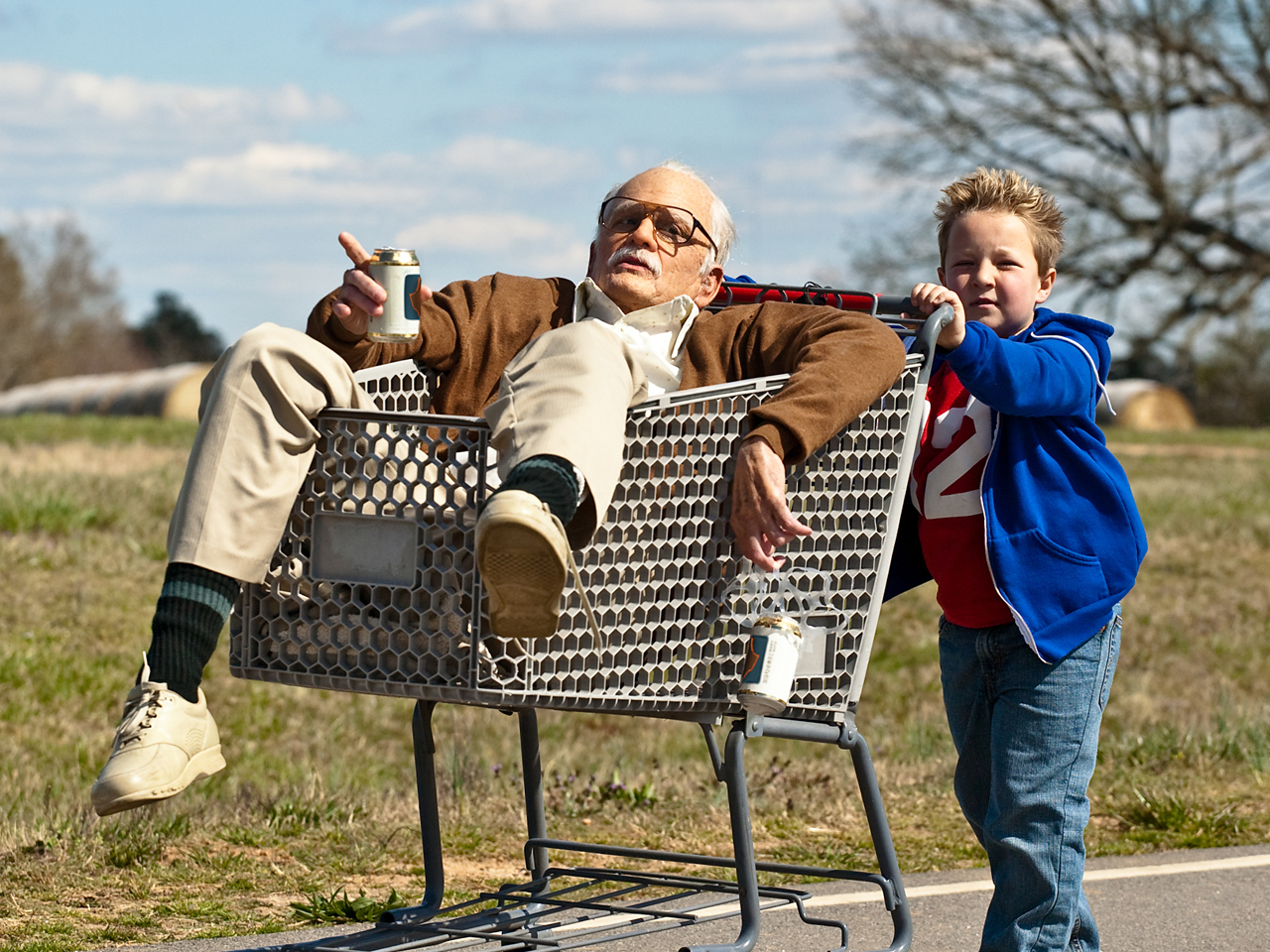 "Bad Grandpa" stars Johnny Knoxville as an accident-prone grandfather in the hidden-camera comedy.

"It's been a very heavy fall in terms of the content of the movies, so I think audiences were ready for something completely lighthearted and out of leftfield," said box-office analyst Paul Dergarabedian of Rentrak.

"Gravity," which stars Sandra Bullock and George Clooney as astronauts on a troubled spacecraft, has soared since its debut three weeks ago. The Warner Bros. space adventure added another $20.3 million to its haul over the weekend, bringing its domestic ticket totals to nearly $200 million.

Paramount's president of domestic distribution said it's gratifying to see "Jackass" unseat the space adventure from its top spot.

"We weren't competing with 'Gravity,'" said Don Harris. "We were not competitive in any other way than who was going to be No. 1 this weekend."

An all-star cast including Brad Pitt, Cameron Diaz, Penelope Cruz and Michael Fassbender wasn't enough to draw audiences to "The Counselor," which opened in fourth place after being scoured by most critics.

The gritty Fox drama is a "very challenging, provocative film," according to Chris Aronson, who heads distribution for Fox.

"We're fine," he said. "I know we have a very competitive environment."

He expects the film, written by Cormac McCarthy, to find its audience as it rolls out internationally in the coming weeks.

Another drama, Fox Searchlight's "12 Years a Slave," edged into the top 10 despite playing in only 123 theaters.

"This portends a tremendous expansion trajectory for the film" directed by Steve McQueen and starring Chiwetel Eijofor, Dergarabedian said. "In a sea of films that are in over 1,000 theaters, '12 Years a Slave' is distinguishing itself by doing so well."

The overall box office is up 9 percent over the same weekend last year, Dergarabedian said.

"Fall is probably the best season to be a moviegoer," he said. "You can get really highbrow films, Oscar contenders, but you can also get something like `Bad Grandpa,' which satisfies the needs for audiences to just have fun and check their brain at the door."

Full box office figures for the weekend can be found here.