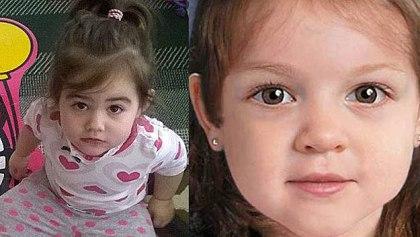 BOSTON – A man charged with killing his ex-girlfriend's two-year-old daughter whose body washed up on a Boston Harbor beach has been found guilty of second-degree murder.

Michael McCarthy stood accused of killing two-year-old Bella Bond, once known only as "Baby Doe," in 2015. The girl's mother Rachelle Bond, who pleaded guilty to being an accessory after the fact for helping McCarthy dispose of her daughter's body, acted as the prosecution's star witness in the trial.  Rachelle Bond told jurors that she saw McCarthy punch the girl in the abdomen so hard that she bounced off a bed, and didn't come forward about the crime because she was afraid of McCarthy.

McCarthy gave no visible reaction in court as the verdict was announced Monday morning, reported CBS Boston. He was placed in handcuffs, and now faces a mandatory sentence of life in prison with a chance for parole in 15 years.

McCarthy was facing a first-degree murder charge in the girl's death. Jurors could also have opted to convict him of involuntary manslaughter or find him not guilty of any of those charges.

A composite image of the then-unidentified "Baby Doe" was shared by millions on social media after her body was found on Massachusetts' Deer Island in June 2015. The child wasn't identified as Bella Bond until three months later, when Rachelle Bond told McCarthy's friend she had seen McCarthy kill the child, and the friend notified police.

Over the course of the trial, 169 pieces of evidence were introduced, and 34 witnesses testified, reports CBS Boston. The trial lasted for 15 days.

The jury of eight men and four women was handed the case after closing arguments Tuesday, and deliberated for just over 23 hours over five days.

Prosecutor David Deakin contended that McCarthy was obsessed with the occult and brought a "a cloud of trouble" to Rachelle Bond's home – including heroin – when he moved in with her in early 2015.

Deakin said while the motive might never be known, McCarthy went into Bella's room one night at bedtime and killed her when she wouldn't go to sleep.

After McCarthy allegedly dumped the two-year-old child's remains in a duffel bag off the waters of South Boston, Rachelle Bond said she told him, "You killed my kid."

She said McCarthy replied, "It was her time to die. She was a demon."

Deakin said that while Rachelle Bond acted "inexcusably" and kept silent about the crime for months, there's no evidence she killed her daughter, and that she was trying to be a good mother to the girl.

But McCarthy's lawyer Jonathan Shapiro told jurors Rachelle Bond was the one who was obsessed with demonology, and it was she who killed the girl. He called the prosecution's motive "absurd" and said McCarthy loved the girl.  He said there was no physical evidence tying McCarthy to the crime – only Rachelle Bond's "unbelievable" testimony.

He said Rachelle Bond created a "web of lies" to blame McCarthy.

"In the end, the monster came for that little girl, and it was her mother," Shapiro said.

Prosecutors have said they will recommend a sentence of time served and two years probation on Rachelle Bond's accessory after the fact conviction. The judge, who is overseeing both cases, said Bond's sentence would not be imposed until the conclusion of McCarthy's trial, reported CBS Boston.

Bond's attorney Janice Bassil has said Bella was "everything to her" and she wanted nothing more than to see McCarthy convicted of murder, CBS Boston reported.

"I do see her as a victim in this case," Bassil said of Rachelle Bond.

Before Bond took the stand June 2, the judge cautioned the jury that because of the plea agreement, "you should examine the witness' credibility with particular care, and decide whether this witness' testimony is affected by her interest in the outcome of this case."

"The government does not know whether the witness is telling the truth," the judge said. "That's up to you to decide."