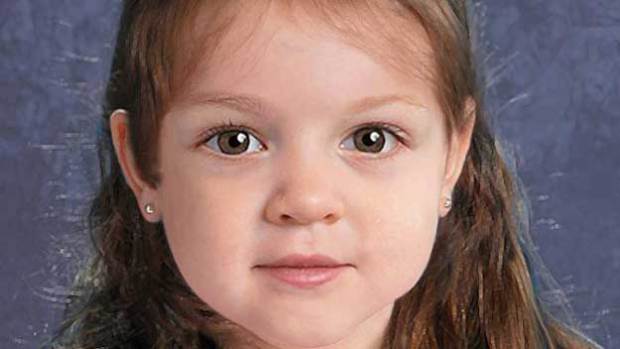 BOSTON  -- A mother has pleaded guilty to helping dispose of her toddler’s body after Massachusetts authorities say her boyfriend killed the girl.

Rachelle Bond entered her guilty plea Friday in Suffolk Superior Court in a plea agreement with prosecutors that’s expected to lead to her release from jail less than two years after her daughter’s body washed up on a Boston Harbor island.

Bond was charged as an accessory after the fact in the 2015 killing of 2-year-old Bella Bond. Her then-boyfriend, Michael McCarthy, is currently awaiting trial on a murder charge.

Bella’s body was found in a plastic bag on Deer Island. Then unidentified, the girl was initially known only as Baby Doe.

A composite image was shared millions of times on social media in a massive publicity campaign to identify the child. A tip eventually led her identity and to the arrests.

Prosecutors said they will recommend a sentence of time served and two years probation after Bond testifies against McCarthy. The judge, who is overseeing both cases, said Bond’s sentence would not be imposed until the conclusion of McCarthy’s trial, reports CBS Boston.

Bond’s attorney Janice Bassil said the girl was “everything to her” and she wants nothing more than to see McCarthy convicted of murder, the station reports.

“I do see her as a victim in this case,” Bassil said of Rachelle Bond.

Prosecutors have said Bella’s short life was marked by neglect and abuse. A man who briefly lived with the couple told investigators that he twice saw Bond and McCarthy lock her in a closet for 30 minutes to an hour while she screamed to be let out.

Prosecutors said Bond told the man that McCarthy - angry that Bella didn’t want to go to sleep one night - punched her daughter in the abdomen over and over again until she died. When Rachelle Bond later went into the room, she allegedly saw McCarthy over Bella, who looked gray, the station reports.

Bond told police that when she saw her daughter’s body, McCarthy said: “She was a demon anyway. It was her time to die.”

Investigators reportedly say McCarthy and Rachelle Bond placed Bella into a duffel bag with weights and threw her into the water off a remote section of South Boston. Months later, the duffel bag and weights were found.

McCarthy has denied killing the girl. Bond and McCarthy have been in jail since September 2015. McCarthy’s trial is set to begin in April.