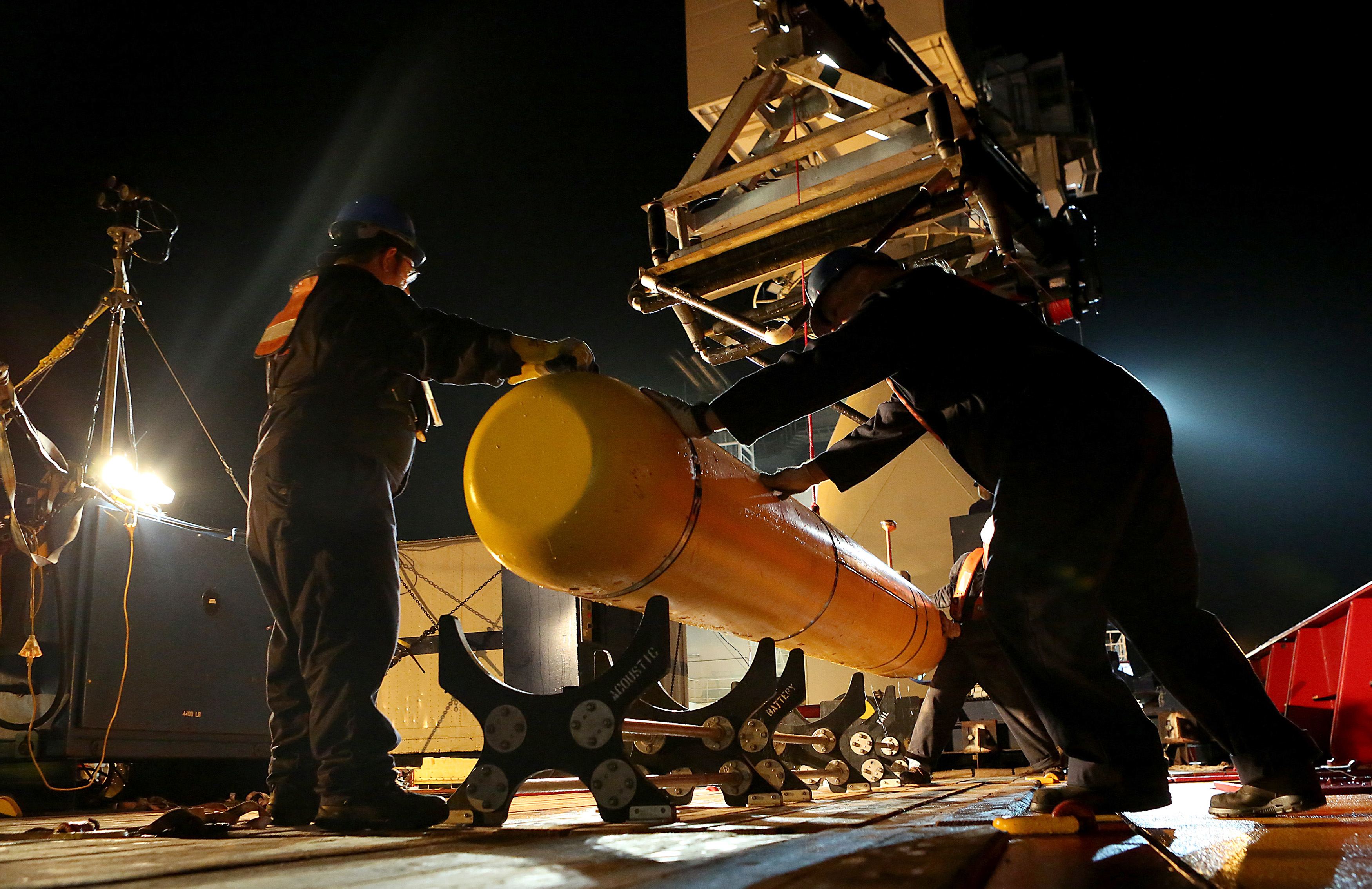 SYDNEY -- The Australian agency heading up the search for the missing Malaysian jet has dismissed a claim by a resource survey company that it found possible plane wreckage in the northern Bay of Bengal.

The location cited by Australia-based GeoResonance Pty Ltd. is thousands of miles north of a remote area in the Indian Ocean where the search for Flight 370 has been concentrated for weeks.

"The Australian led search is relying on information from satellite and other data to determine the missing aircraft's location. The location specified by the GeoResonance report is not within the search arc derived from this data," the Joint Agency Coordination Center, which is heading up the search off Australia's west coast, said in a statement on Tuesday. "The joint international team is satisfied that the final resting place of the missing aircraft is in the southerly portion of the search arc."

GeoResonance stressed that it is not certain it found the Malaysia Airlines plane which vanished on March 8 during a flight from Kuala Lumpur to Beijing, but called for its findings to be investigated.

The company uses imaging, radiation chemistry and other technologies to search for oil, gas or mineral deposits. In hunting for Flight 370, it used the same technology to look on the ocean floor for chemical elements that would be present in a Boeing 777: aluminum, titanium, jet fuel residue and others.

GeoResonance compared multispectral images taken March 5 and March 10 - before and after the plane's disappearance - and found a specific area where the data varied between those dates, it said in a statement. The location is about 118 miles south of Bangladesh.

Malaysian Defense Minister Hishammuddin Hussein said Tuesday that China and Australia were aware of the announcement. "Malaysia is working with its international partners to assess the credibility of this information," a statement from his office said.

GeoResonance said it began trying to find the plane before the official search area moved to the southern Indian Ocean.

India, Bangladesh and other countries to the north have said they never detected the plane in their airspace. The jet had contact with a satellite from British company Inmarsat for a few more hours, and investigators have concluded from that data that the flight ended in the southern Indian Ocean.

No wreckage from the plane has been found, and an aerial search for surface debris ended Monday after six weeks of fruitless hunting. An unmanned sub is continuing to search underwater in an area where sounds consistent with a plane's black box were detected earlier this month. Additional equipment is expected to be brought in within the next few weeks to scour an expanded underwater area. That search could drag on for eight months.