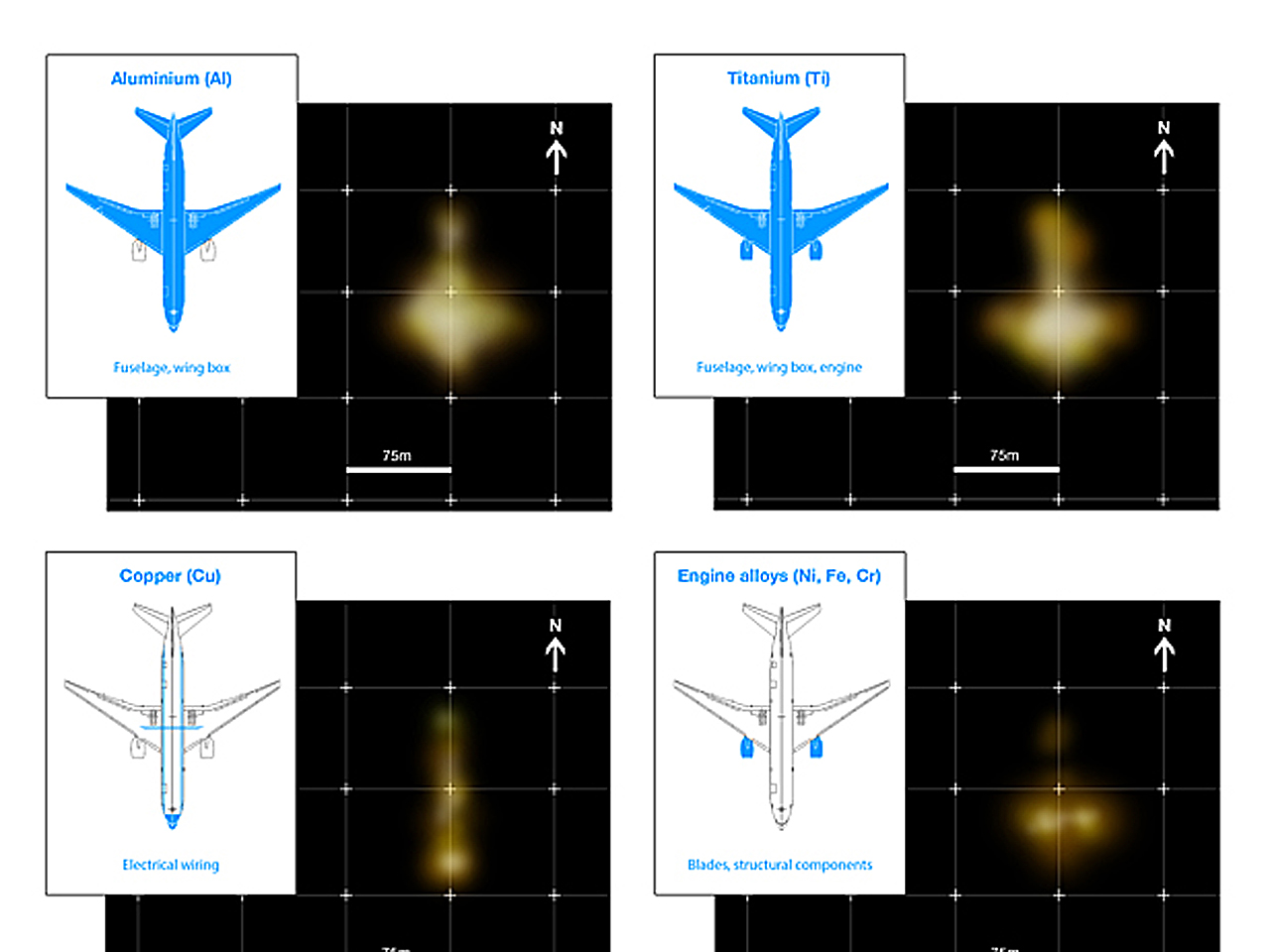 The Malaysian government confirmed Tuesday that officials investigating the disappearance of Malaysia Airlines Flight 370 were looking into an Australian company's claim to have located aircraft wreckage on the sea floor in the northern Bay of Bengal -- thousands of miles from the search area scanned meticulously for weeks to the south.

Australian land and sea survey company GeoResonance said in a statement sent Tuesday to CBS News that it had discovered materials "believed to be the wreckage of a commercial airliner" about 100 miles south of Bangladesh in the Bay of Bengal using proprietary technology which scans vast areas for specific metals or minerals.

The company's technology is often used to help clients find mineral deposits for mining, but GeoResonance also has participated in the hunt for old warships or aircraft on the ocean floor.

"During the search for MH370, GeoResonance searched for chemical elements that make up a Boeing 777: aluminum, titanium, copper, steel alloys, jet fuel residue, and several other substances. The aim was to find a location where all those elements were present," said the company in the written statement.

Scanning "multispectral images" taken from the air on March 10 -- two days after Flight 370 went missing -- GeoResonance says it found "an anomaly in one place in the Bay of Bengal" where many of those relevant materials were detected in significant amounts, and in a pattern which matched the approximate layout of a large aircraft.

The company said analysis of images take of the same area five days earlier showed the "anomaly had appeared between the 5th and 10th of March 2014."

In a statement released to the press on Tuesday, Malaysian Acting Minister of Transport Hishammuddin Hussein confirmed that his government was "working with its international partners to assess the credibility of this information."

A U.S. official with knowledge of the investigation told CBS News on Tuesday that they were still in the early stages of gathering information about GeoResonance's claim, but they were "very skeptical" it would lead to anything, given all the data that investigators have been working with points to the southern Indian Ocean.

A team of experts working for the International Investigation Team have been studying the data available on the flight, which includes the attempted communications between Flight 370 and satellites which led officials to focus their search in the so-called Southern Arc. They continue to analyze that data and their focus remains to the south, says CBS News transportation correspondent Jeff Pegues.

British satellite company Inmarsat provided the relevant data to the Malaysian government -- a final seven "pings" recorded from the plane to the satellite. Based on those pings alone, two possible flight paths for the plane were charted from its last known location; one heading north toward the Bay of Bengal, and the other heading south into the Indian Ocean.

On March 24, Malaysian Prime Minister Najib Razak announced that, based on new analysis of that data, Inmarsat and the lead investigators had "concluded that MH370 flew along the southern corridor, and that its last position was in the middle of the Indian Ocean, west of Perth."

Reached Tuesday by CBS News, Inmarsat Vice President Chris McLaughlin said the decision to focus the search for the missing jet solely in the southern corridor was made by the Malaysian government and its search partners, not Inmarsat.

McLaughlin noted that the data was scrutinized by experts from a variety of different countries, and "all agreed the aircraft came down in the southern Indian Ocean."

One of the primary factors in that decision, according to McLaughlin, was the fact that not a single nation along the northern corridor -- which includes the Bangladeshi coast -- reported picking the plane up on domestic radar.

When the decision to focus on the southern Indian Ocean was made, CBS News' Pegues reported that Inmarsat had also contributed one more piece of evidence which helped guide the move: the so-called Doppler effect.

By measuring the sound waves from the plane's final pings, engineers from Inmarsat were able to determine the aircraft's location relative to the satellite; it's the same effect that makes an approaching vehicle sound different to the human ear than one moving away. The analysis of this data from Inmarsat suggested the plane had travelled south, reported Pegues.

Inmarsat engineers compared Flight 370's direction and speed against six other Boeing 777s flying the same day in various directions. The findings were said to confirm the plane could not have gone north, and instead most likely crashed in the southern Indian Ocean.

There have been many false leads in the hunt for the Malaysia Airlines Boeing 777-200 since it disappeared from commercial radar northeast of Manila on March 8.

Investigators still believe the plane made an inexplicable about-face after losing contact, heading southwest into the Indian Ocean.

Officials said Monday that with not a clue found to date, the huge search area about 1,000 miles southwest of Perth, Australia -- which has been combed fastidiously by a robotic U.S. Navy submarine using sonar imaging -- would be expanded significantly and the air search called off.

"It is highly unlikely at this stage that we will find any aircraft debris on the ocean surface. By this stage, 52 days into the search, most material would have become waterlogged and sunk," Australian Prime Minister Tony Abbott said Tuesday.

"Therefore, we are moving from the current phase to a phase which is focused on searching the ocean floor over a much larger area," he said. That search, according to Abbott, could take at least eight months.

GeoResonance said it first alerted officials with Malaysia Airlines, and the Chinese and Malaysian embassies in Australia, that possible aircraft debris had been found in the general area of its discovery on March 31, "well before the black box batteries had expired."

"These details were also passed onto the Australian authorities (JACC) in Perth on April 4, 2014. A more detailed study was completed in early April. The final 23 page report including the precise location of the wreckage was passed onto Malaysian Airlines, Malaysian High Commission in Canberra, Chinese Embassy in Canberra, and the Australian authorities (JACC) on April 15, 2014," according to the company.

It was not immediately clear whether the international search team has previously investigated GeoResonance's information.