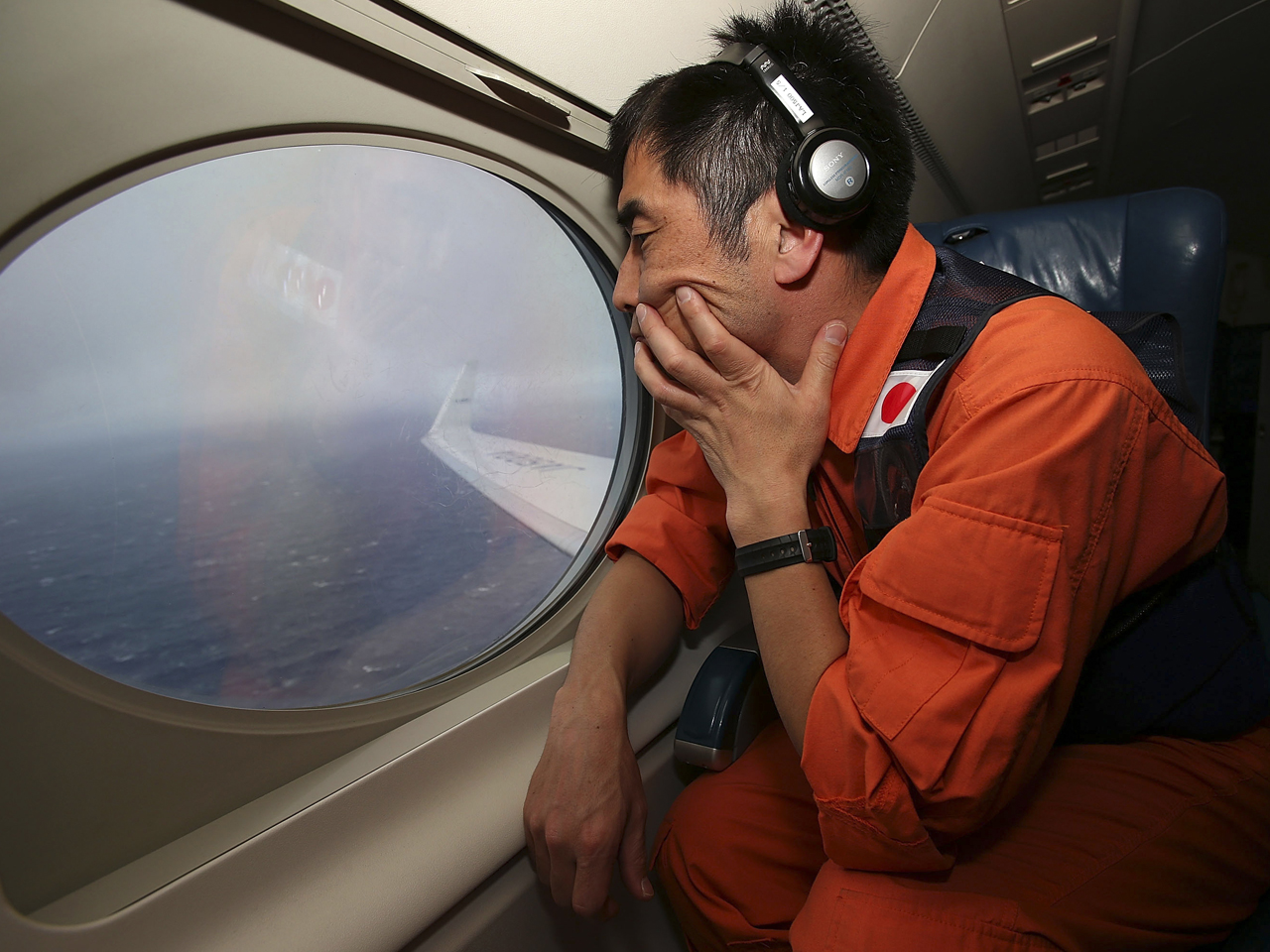 CANBERRA, Australia -- The aerial search for the missing Malaysia Airlines jet was called off Monday, and the underwater hunt will be expanded to include a vast swath of ocean floor that may take at least eight months to thoroughly search, Australian officials said.

Not a single piece of confirmed debris from Malaysia Airlines Flight 370 has been recovered by a massive multinational hunt that began after it disappeared March 8 with 239 people on board.

"It is highly unlikely at this stage that we will find any aircraft debris on the ocean surface. By this stage, 52 days into the search, most material would have become waterlogged and sunk," Prime Minister Tony Abbott said.

"Therefore, we are moving from the current phase to a phase which is focused on searching the ocean floor over a much larger area," he said.

The U.S. Navy's Bluefin 21 robotic submarine has spent weeks scouring the initial search area for the plane in the remote Indian Ocean far off Australia's west coast, but has found no trace of the missing aircraft. Officials are now looking to bring in new equipment that can search a larger patch of seabed for the plane, Abbott said.

"They went for the bull's eye," Rosenker said. "Unfortunately there was nothing in the bull's eye but this is a very large target."

Radar and satellite data show the jet veered far off course for unknown reasons during a flight from Kuala Lumpur, Malaysia, to Beijing. Analyses indicate it would have run out of fuel in the remote section of ocean where the search has been focused.

The unmanned sub has been creating a three-dimensional sonar map of the ocean floor for more than two weeks near where signals consistent with airplane black boxes were heard on April 8. The sub has searched a nearly 150-square mile area.

That will be a monumental task - and one that will take time, warned Angus Houston, head of the search effort.

"If everything goes perfectly, I would say we'll be doing well if we do it in eight months," Houston said, adding that weather and technical issues could prolong the search well beyond that estimate.

Australian officials will be contacting private companies to bring in additional sonar mapping equipment that can be towed behind boats to search the expanded area at an estimated cost of $60 million, Abbott said. It could take officials several weeks to organize contracts for the new equipment and the Bluefin will continue to scour the seabed in the meantime, Abbott said.

So far, each country involved in the search has been bearing its own costs. But Abbott said Australia would now seek contributions from other countries to help pay for the new equipment.

Two weeks ago, Abbott said officials were "very confident" that a series of underwater signals picked up by sound-detecting equipment came from Flight 370's black boxes. On Monday, he maintained that he still had a "considerable degree of confidence" - but opened up the possibility that the signals were yet another dead end in a search that has been peppered by them.

"We're still baffled and disappointed that we haven't been able to find undersea wreckage based on those detections, and this is one of the reasons why we are continuing to deploy the Bluefin 21 submersible - because this is the best information that we've got," Abbott said. "It may turn out to be a false lead, but nevertheless it's the best lead we've got."

Abbott also acknowledged it was possible that no debris from the plane would ever be found.

"Of course it's possible, but that would be a terrible outcome because it would leave families with a baffling uncertainty forever," he said. "The aircraft plainly cannot disappear - it must be somewhere - and we are going to do everything we reasonably can, even to the point of conducting the most intensive undersea search which human ingenuity currently makes possible of some 60,000 square kilometers under the sea."

"We are going to do all these things because we do not want this crippling cloud of uncertainty to hang over these families and the wider traveling public," he said.