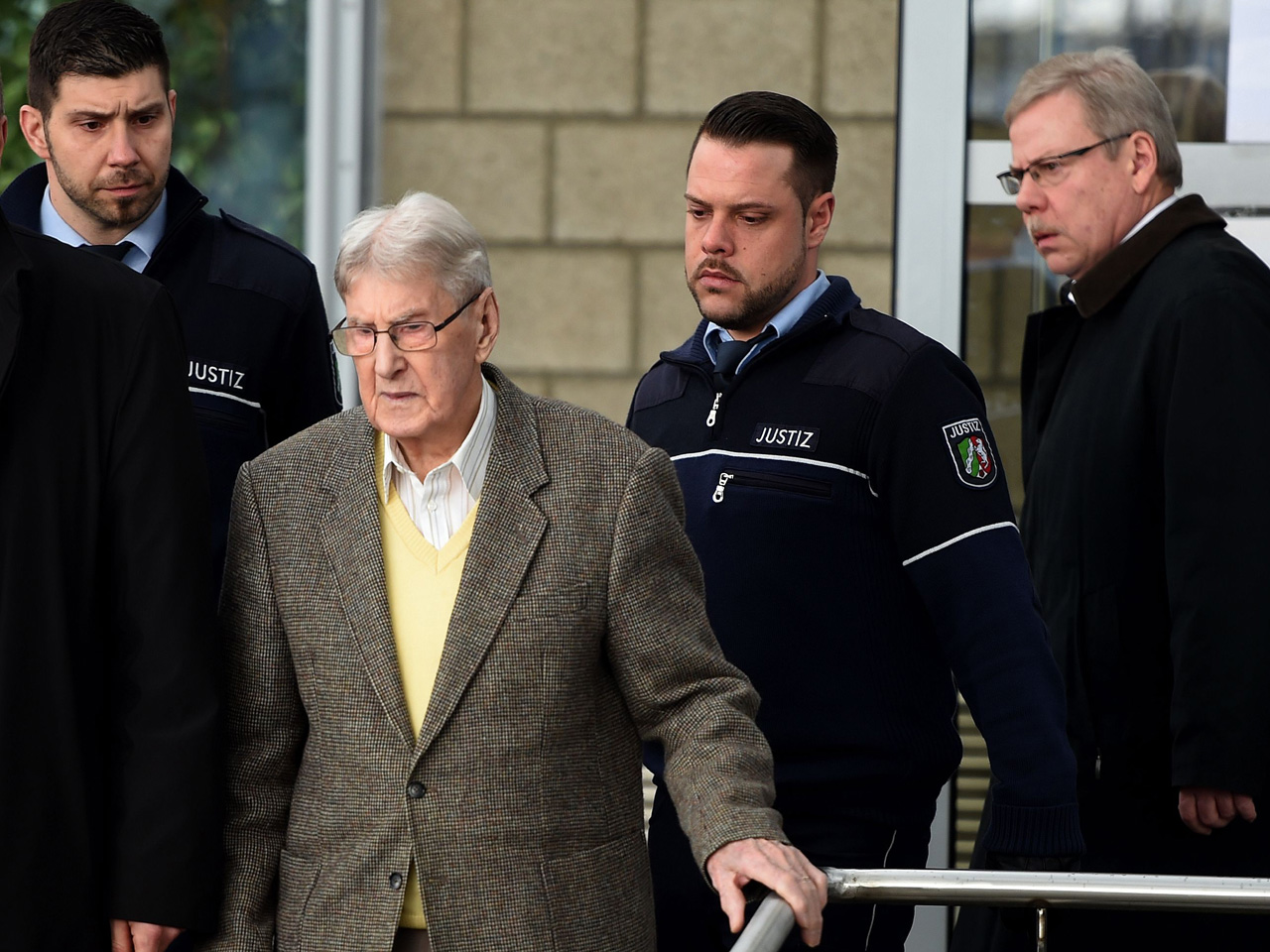 DETMOLD, Germany -- A 94-year-old former Auschwitz guard went on trial Thursday on 170,000 counts of accessory to murder in western Germany, accused of serving in the death camp at a time when hundreds of thousands of Hungarian Jews were gassed.

Former SS Sgt. Reinhold Hanning maintains that he served in a part of the Auschwitz camp complex where no gassings were taking place. Prosecutors argue that all guards helped the camp function, and that during the so-called "Hungarian action" in 1944 - when hundreds of thousands of Hungarian Jews were shipped to the camp - almost all were called upon to help deal with the vast numbers of people arriving at the killing complex in Nazi-occupied Poland.

The trial in Detmold was moved to the city's chamber of industry and commerce to accommodate the large number of observers and reporters. There was also a heavy police presence in the city.

Leon Schwarzbaum, a 94-year-old Auschwitz survivor from Berlin, was scheduled to testify Thursday, the opening day of the trial. It is unclear whether Hanning will first make a statement.

Schwarzbaum, who was taken to the camp in 1943, told The Associated Press ahead of the trial that even though higher-ranking Nazis had escaped punishment in the decades after the war, going ahead with Hanning's prosecution was the right thing to do.

"I think the people responsible for helping make the whole apparatus function, even if they were a tiny gear in the machine, should be convicted," he said.

The trial for Hanning, a retiree from a town near the western city of Detmold, is one of the latest that follow a precedent set in 2011, when former Ohio autoworker John Demjanjuk became the first person to be convicted in Germany solely for serving as a camp guard, with no evidence of involvement in a specific killing.

Prosecutor Andreas Brendel told the AP, however, that guards in the main camp were also used as on-call guards to augment those in Birkenau when trainloads of Jews were brought in.

"We believe that these auxiliaries were used in particular during the so-called Hungarian action in support of Birkenau," he said.