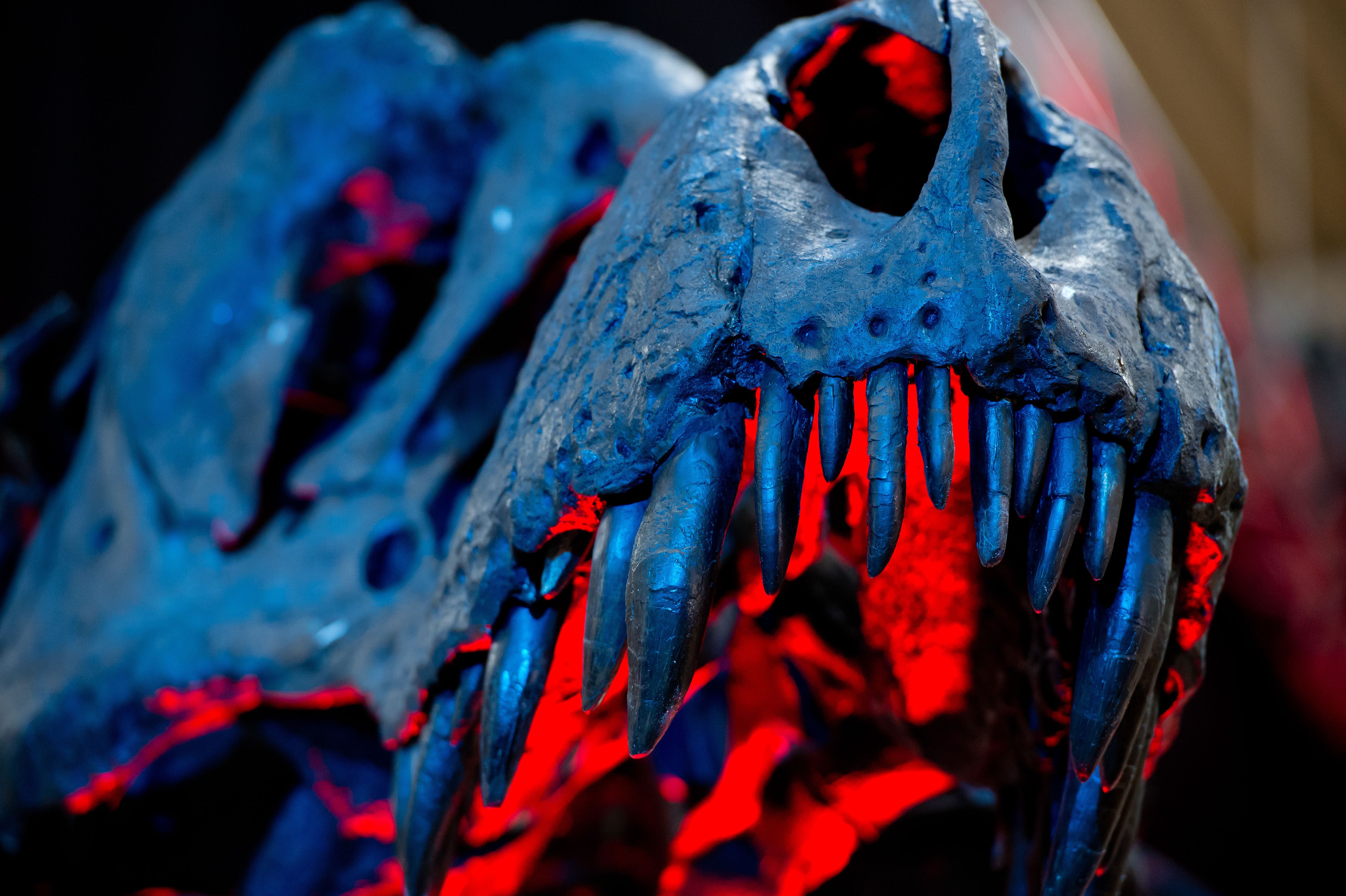 For decades, scientists have debated what caused the dinosaurs to go extinct 66 million years ago.

Most sided with the idea that an asteroid had slammed into the oceans off Mexico, triggering tsunamis, earthquakes, wildfires and temperature fluctuations.

A few scientists, however, held onto the idea that massive volcanic eruptions around the globe, rather than an asteroid, were behind one of the biggest mass extinctions in the Earth's history. The lava flows would have spewed immense amounts of carbon dioxide and other noxious, climate-modifying gases into the atmosphere.

Now, a research team writing in The Geological Society of America Bulletin has come up with a theory that could please both sides, suggesting the asteroid impact triggered the volcanic eruptions that caused the mass extinction, which ended the age of dinosaurs and ushered in the age of mammals. They contend the impact likely triggered most of the immense eruptions of lava in India known as the Deccan Traps and possibly beyond.

"If you try to explain why the largest impact we know of in the last billion years happened within 100,000 years of these massive lava flows at Deccan...the chances of that occurring at random are minuscule," said team leader Mark Richards, UC Berkeley professor of Earth and planetary science. "It's not a very credible coincidence."

Richards started looking closer at the connection between the impact and the Deccan Traps after theorizing that plumes of hot rock, called "plume heads," rise through Earth's mantle every 20-30 million years and generate huge lava flows, called flood basalts, like the Deccan Traps. Four of the biggest extinctions ever occurred at the same time as one of these massive eruptions.

He turned to several other experts at Cal Berkeley to help build his case - including Walter Alvarez who came up with the asteroid theory.

Paul Renne, a professor in residence in the UC Berkeley's Department of Earth and Planetary Science and director of the Berkeley Geochronology Center, re-dated the asteroid impact and mass extinction two years ago and found them essentially simultaneous, but also within approximately 100,000 years of the largest Deccan eruptions.

A third co-author on the study, UC Cal Berkeley's Michael Manga, demonstrated that seismic events like large earthquakes could trigger volcanic eruptions. By Richards' estimate, the asteroid impact must have generated the equivalent of a magnitude 9 or larger earthquake everywhere on Earth, sufficient to ignite the Deccan flood basalts as well as other places around the globe, including at mid-ocean ridges.

"It's inconceivable that the impact could have melted a whole lot of rock away from the impact site itself, but if you had a system that already had magma and you gave it a little extra kick, it could produce a big eruption," Manga said.

The researchers have also found that the Deccan lava from before the asteroid impact is chemically different from lava found afterwards, lending credence to the idea that the impact sped up the eruption.

"There is a profound break in the style of eruptions and the volume and composition of the eruptions," Renne said. "Is that discontinuity synchronous with the impact?"

Charles Marshall, director of the University of California Museum of Paleontology, who didn't take part the study, called the theory "very exciting" adding that "it is amazing to think that these two major events, the meteorite impact and Deccan volcanism, may be connected."

Stephen Brusatte, chancellor's Fellow at the University of Edinburgh's School of GeoSciences, agreed, saying that the methods for dating rocks have improved to the point, where it was easier to make the case for this "provocative" theory.

"People have speculated about this before, but this has mostly been based on little more than wishful thinking, because the dates of the asteroid impact and volcanic eruptions have been very poorly constrained," he wrote. "New dates and very careful new work on the rocks left by the volcanic eruptions are now suggesting that this idea that was once something out of science fiction may have actually happened."

Still, Marshall and others said there remain plenty of questions over exactly what role the eruptions played in the demise of the dinosaurs. Many still believe the asteroid was the crucial factor in their demise.

"If the volcanism largely preceded the impact, then it is possible that environmental stress caused by volcanic gas emission made the Earth more vulnerable to the direct effects of impact," Andrew H. Knoll, the Fisher Professor of Natural History and a professor of earth and planetary sciences at Harvard University, said in an email interview.

For his part, Richards said there is a lot of evidence explaining the asteroid's role but that he has his doubts over whether volcanism "contributed significantly" to the mass extinction. Refining their theory and placing blame will only come with more data from the Deccan Traps.

"We actually have some preliminary data sets that we believe will at least reinforce the idea of the triggering idea," Richards said of work being done by Renne and his colleagues suggesting the impact triggered the eruptions.