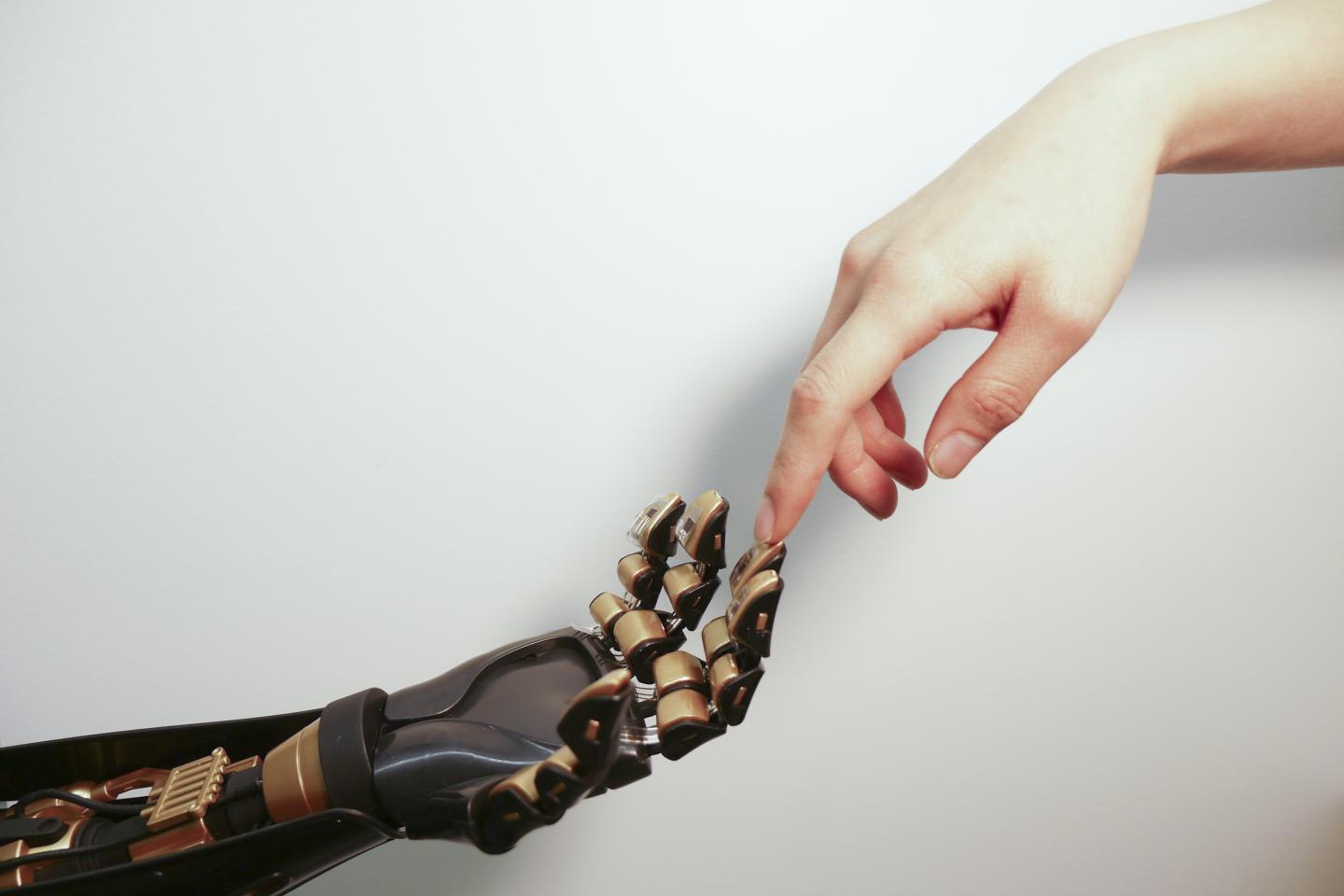 In a step toward giving prosthetic limbs a sense of touch, scientists have developed an artificial skin that can "feel" pressure and send those signals to brain cells.

Reporting in the Oct. 16 issue of Science, researchers say the plastic skin mimics the ability of human skin to tell the difference between a firm handshake and the dead-fish variety. It can then transmit that information to cells of the central nervous system.

So far, the principle has only been tested using brain cells from mice, and much work remains before it could be useful for people with prosthetic limbs.

"But, we know what we need to do to move this forward, and I'd estimate this could be available in three to six years," said researcher Alex Chortos, a doctoral candidate at Stanford University, in California.

Recent years have seen major advances in the function of prosthetic limbs, and the "robotic aspects" of modern prosthetics are quite good, Chortos said.

What's remained elusive, he said, are prosthetics that can provide the sensory feedback that real limbs do.

That's partly because the interaction between human skin and the brain is so complex. "One hand has roughly 17,000 sensors in it," Chortos said. And those sensors pick up different types of information.

At this point, the artificial skin developed by the Stanford team replicates one aspect of touch: the skin's ability to detect pressure differences. The ultimate goal, Chortos said, is to develop an array of sensors that can "feel" temperature, textures and other sensations.

The artificial skin consists of two layers: The top layer is a waffled plastic that contains carbon "nanotubes," which conduct electricity when pressure is placed on the plastic. The bottom layer acts as a circuit that receives those electrical impulses and translates them into biochemical messages that nerve cells can read.

In this study, the researchers proved that the sensory signals could be transferred to brain cells from mice.

But if the skin were to be used with prosthetic limbs, how would sensory signals reach the human brain? Chortos said the goal is to essentially allow the prosthetic to "plug in" to the nervous system.

"We see it being able to stimulate nerves that are left over after the limb amputation," Chortos explained. "Then those signals will go to the brain."

The current findings represent an important step toward that, said Polina Anikeeva, an assistant professor at the Massachusetts Institute of Technology, in Cambridge, Mass.

But it's just part of the "puzzle," she added.

"Right now, we still don't have a technology that could feed the pressure signals back into the peripheral nerves within the remaining limb of an amputee," said Anikeeva, who co-wrote an editorial published with the study.

"So even if we can sense touch with an electronic device," she explained, "it is challenging to create a communication interface between this device and the nerves."

Ultimately, Anikeeva said, any widespread use of such prosthetics would depend on people's comfort with them.

As it is, people often opt for relatively simple prosthetic arms, she said.

That's because more-advanced prosthetics are still "no match" for a natural limb, Anikeeva added. Similarly, a prosthetic with artificial skin would likely have to meet a high bar.

"In order to make a prosthetic 'comfortable' for people, it would need to be able to feel in a way that mimics the sensation in an actual limb," Anikeeva said.