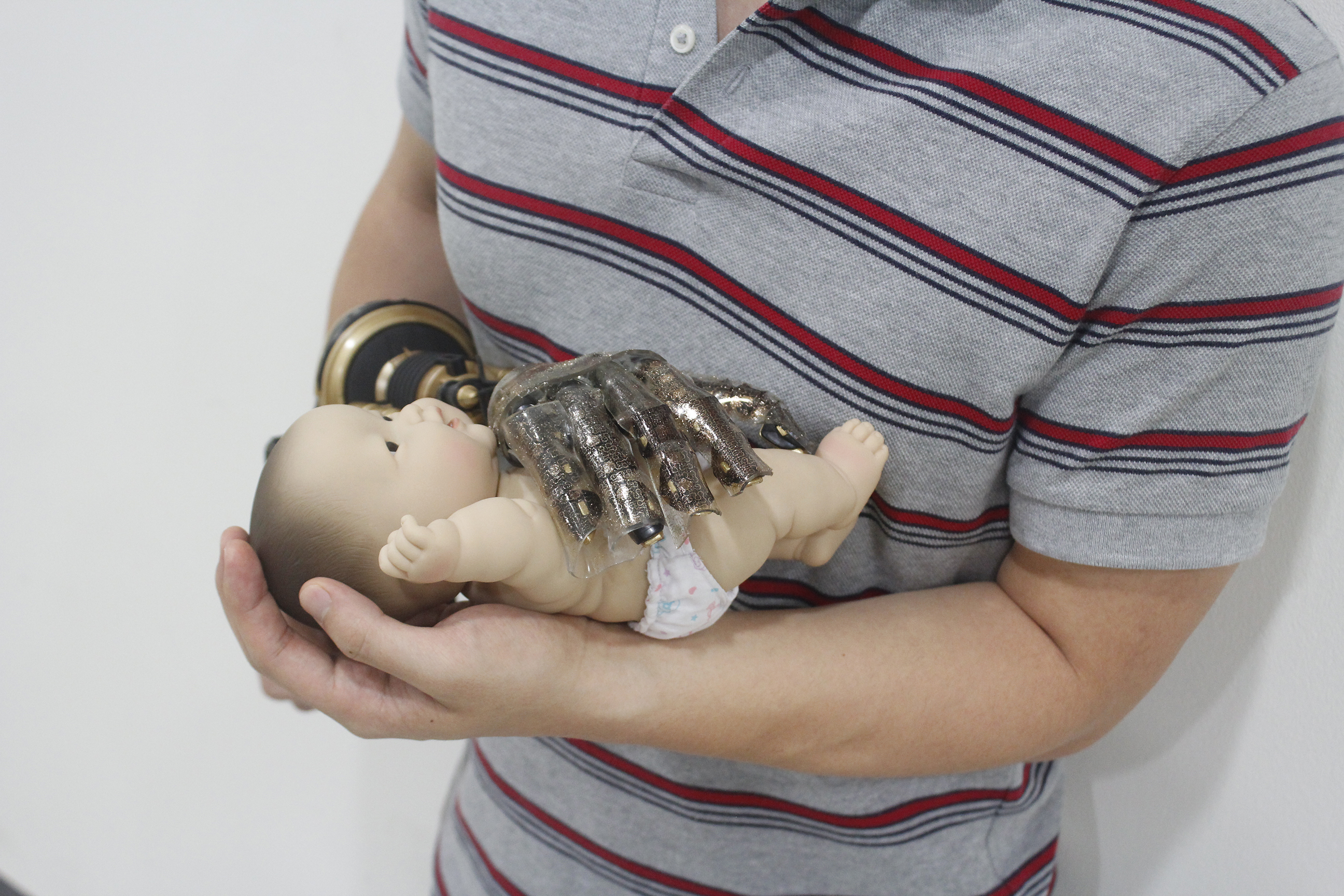 There have been dramatic leaps in developing prosthetics, but there's one attribute in particular that's been largely overlooked.

Many artificial limbs are almost as flexible as, and function like, the real thing, and some even connect to peripheral nerves to allow for mind control of the prosthesis.

But researchers have struggled to develop artificial skin that acts and even feels like actual skin.

Now, an international team from South Korea and the United States has designed what they call "smart skin" that will help amputees feel their environment, whether that be humidity in the air, or a warm, firm handshake.

"Previously, these robots or prosthetic arms/legs did not have skins that enable high resolution/sensitivity sensing of pressure, strain, temperature, humidity," Kim Dae-Hyeong, a co-author of a study on the skin which appeared Tuesday in Nature Communications, told CBS News. "We focused on this point by developing high density/sensitivity sensor array that is similar with the real human skin."

The smart skin, which in photos appears to drape a prosthetic hand like a see-through glove, is made of a soft polymer known as elastomer, and contains pressure, temperature and humidity sensors and stretchable electrodes that stimulate the existing nerves.

The researchers were able to demonstrate how the skin could sense pressure from catching a ball as well as the temperature of a cup of hot or cold water. It could tell wet from dry, and the skin's heat sensors responded when it touched a baby doll warmed to body temperature.

The skin also features electroresistive heaters that emulate body heat. In a handshake, or on a baby's tummy, an artificial limb would give off a familiar warmth.

The smart skin was engineered with a durability and flexibility that is close to natural skin. To achieve that, researchers shot images of clenched fists and tilting wrists with a dozen motion-capture cameras to find the places where skin gets stretched to its maximum.

"This provides the highest sensitivity allowed in that specific location while minimizing the possibility of mechanical fractures of sensors," Kim said.

Until now, the focus of skin on prosthetics has mostly been limited to aesthetics and most work has been on improving the functionality of the artificial limb. But some researchers are starting to see a greater role for skin in terms how it can glean information from the environment that, in turn, could lead to a better prosthetic.

Robert D. Gregg, who is developing autonomous lower-limbed prosthetics at the University of Texas at Dallas, said he saw the smart skin as "an important technological advancement towards this goal of closing the feedback loop for the intuitive control of prostheses."

"Now that advanced bionic limbs are being designed to mimic the mechanical functions of biological limbs, the big challenge is to effectively interface these limbs with the human nervous system," Gregg said by email.

Kim said his team has patented the research but that it will be some time before the artificial skin reaches the market.

"Currently we have demonstrated our system in small animals. But the next step is to continue the development for the advanced version, such as a complicated array of sensors that emulate real mechano- and thermo- sensory functions of the human," he said.