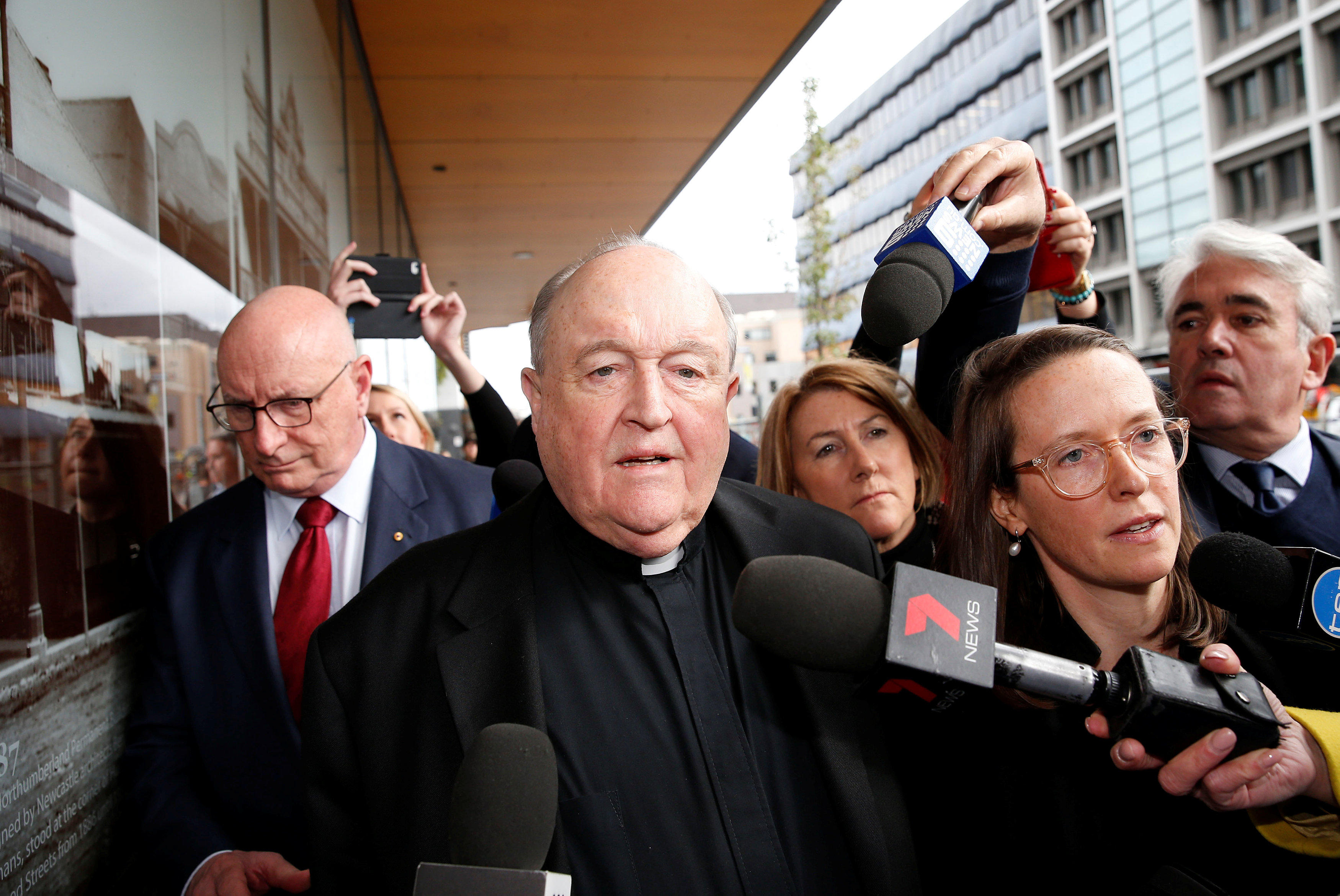 VATICAN CITY -- Pope Francis has accepted the resignation of an Australian archbishop convicted of covering up the sexual abuse of children by a priest, taking action after coming under mounting pressure from Australian priests and even the prime minister. Adelaide Archbishop Philip Wilson was convicted in May of failing to report to police the repeated abuse of two altar boys by a pedophile priest in the Hunter Valley region north of Sydney during the 1970s. He became the highest-ranking Catholic cleric ever convicted in a criminal court of abuse cover-up.

Wilson had declined to resign pending an appeal of his case. Prime Minister Malcolm Turnbull added his voice to those calling for his sacking in an appeal to Francis July 19.

In a statement Monday, the Vatican said Francis had accepted Wilson's resignation.

Newcastle Magistrate Robert Stone ordered Wilson to serve at least 6 months before he is eligible for parole when he convicted him in May. Stone will consider on Aug. 14 whether Wilson is suitable for home detention. He could live with his sister near Newcastle.

Stone found the 67-year-old cleric guilty in the Newcastle Local Court of failing to report to police the repeated abuse of two altar boys by pedophile priest James Fletcher in the Hunter Valley region north of Sydney during the 1970s. Wilson faced a potential maximum sentence of two years in prison.

Stone said Wilson failed to act against Fletcher because he "wanted to protect the church and its image."

"The whole of the community is devastated in so many ways by the decades of abuse and its concealment," the magistrate said. "We are all the poorer for what has occurred."

The sentencing was another step toward holding the church accountable for a global abuse crisis that has also engulfed Pope Francis' financial minister, Australian Cardinal George Pell, the highest ranking Catholic in the world to be charged in the global abuse scandal.