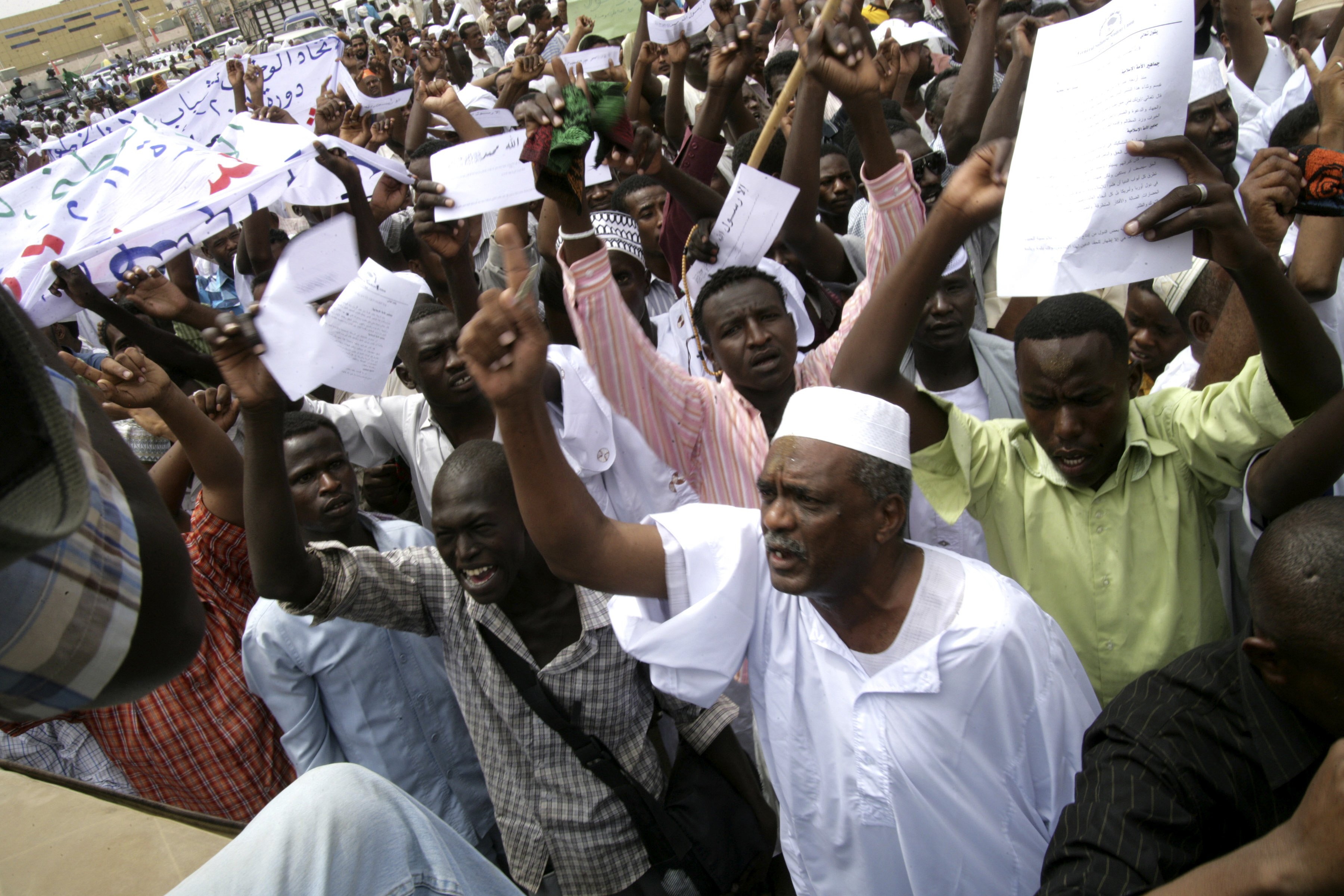 It's a question analysts in Washington are asking as angry demonstrations spread across North Africa and the Middle East to protest a video ridiculing the Islamic prophet Muhammad.

Those skeptical of promoting democracy in Muslim countries and those who fear a rapid decline in American influence may see their suspicions validated. Even among those who've championed the end of Middle Eastern autocracies, the level of anti-American rage wrought by the film has been ominous.

U.S. embassies and consulates have been breached this week in Egypt, Libya, Yemen and Tunisia — the same four countries to rid themselves of decades-long dictatorships in what became known as the Arab Spring of revolutions last year. In Libya, the only place the U.S. used its military to ensure regime change, the violence was the worst, claiming the life of Ambassador Chris Stevens and three other embassy staffers.

"This will be a Rorschach test," said Robert Danin of the Council on Foreign Relations and a former State Department specialist on the region. "Those who say we need to be more involved in the Middle East will point to the outpouring of sympathy for the United States. You'll have others who are more cautious who might say that this is a mess and we need to hunker down and reduce our footprint there."

The unrest from Morocco to India is rekindling a debate that has been ever-present within the U.S. government and has raged in U.S. foreign policy circles since a Tunisian street vendor lit himself on fire and set off the Arab Spring of protests in January 2011: Is the new reality of greater freedom alongside greater instability good for the Muslim world? Is it good for American interests?

"The people of Egypt, Libya, Yemen and Tunisia did not trade the tyranny of a dictator for the tyranny of a mob," Secretary of State Hillary Rodham Clinton said at a repatriation ceremony Friday for the remains of the Libya consulate victims.

By and large, the Arab Spring governments have responded to the ongoing crisis well. The presidents of Libya and Yemen apologized to President Barack Obama. Egypt's new Islamist President Mohammed Morsi held back initially from condemning the embassy siege, but after a call from Obama, demanded respect for diplomatic missions and denounced Tuesday's deadly attack in the eastern Libyan city of Benghazi during a seven-minute address Friday on state television.

But with the exception of Libya under dictator Col. Muammar Qaddafi, the U.S. could long rely on cooperation from these governments. What changed in the unprecedented wave of pro-democracy demonstrations last year, and what was foreshadowed in Obama's speech in Cairo after becoming president, was the new American appeal to the Arab streets, the commitment to working with ordinary citizens long suppressed by their own national authorities and long frustrated by the friendly relations their governments enjoyed with the United States.

"This president's approach to what has been called the Arab Spring, to this unrest, has been to lay out a set of principles and support for human rights, and to make clear that we support a process of nonviolent political and economic change and reform in the region," White House press secretary Jay Carney said Friday.

The record has been mixed, however.

U.S. relations with Egypt have dived dramatically since the overthrow of Hosni Mubarak, so much so that Obama said this week he doesn't necessarily consider the two countries allies. In Yemen, al Qaeda took advantage of a year of internal fighting to make inroads across the country. After defeating Qaddafi, Libyans sent pro-American moderates to power but are still struggling amid a wash of weaponry and militias that remain unchecked.

The ensuing instability since the ouster of Mubarak and Tunisia's Zine El Abidine Ben Ali, the death of Qaddafi and the power transfer deal ending the reign of Yemen's Ali Abdullah Saleh has led some foreign policy experts — particularly conservatives and former Bush administration officials — to question whether Washington acted unwisely by siding with the protesters. Such language has even crept into the presidential campaign, with Republican Mitt Romney vowing to "strive to ensure that the Arab Spring is not followed by an Arab Winter."

After 20 months, the Arab Spring continues to polarize even conservatives, dividing those who see in it the triumph of freedom from those who criticize Obama for abandoning traditional friendships with leaders like Mubarak and say he helped usher in instability and the rise of political Islam.

Administration officials say they aren't looking at the current crisis through the prism of the Arab Spring, and note that demonstrations have occurred in stable and instable countries, and those with governments both friendly and hostile to the United States.

The protests are occuring for a variety of reasons, analysts cautioned, including domestic anger with governments still unable to deliver good jobs and better living conditions.

"Look at Egypt: Who are these guys?" asked Haim Malka, a Middle East specialist at the Center for Strategic and International Studies. "They are young men, unemployed men, angry about the lack of change in their societies."

Still, he said regime changes from Tunis to Sanaa "have released violent anti-American forces that the previous regimes largely kept in check." The violence at U.S. diplomatic installations "raises questions about the ability and the willingness of the new governments in the Middle East to impose order, and also to cooperate with the U.S. on a whole range of activities."

Andrew Tabler at the Washington Institute for Near East Policy said the attackers are fringe extremists, but in places such as Libya they are armed and dangerous, and can take advantage of a new political order with greater freedom and authorities less likely to use brute force.

"There are constraints on these new governments. They are not as authoritarian and are more accountable," he said. For the U.S., he said, "the people are a factor in these countries now, and it's harder to deal with than talking to the dictator." He called for even greater engagement to figure out who can be good U.S. partners in the region.

Danin said he didn't see this week's ongoing violence leading toward consensus on the question of greater or less American engagement with the Arab world's new democracies.

"This won't resolve any debates," he said. "It will only fuel them."