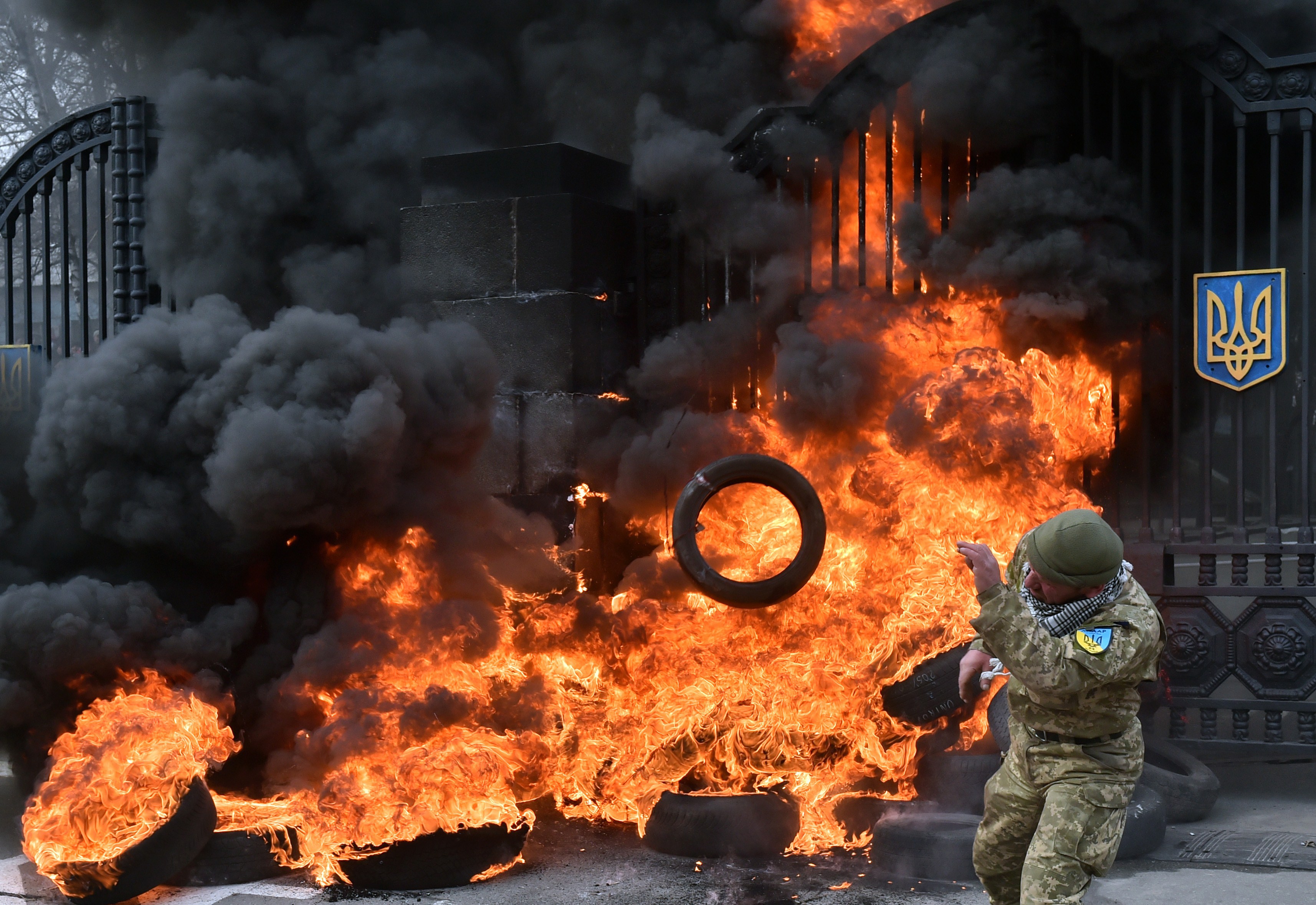 WASHINGTON -- President Barack Obama is reconsidering sending lethal assistance to Ukraine, a senior administration official said Monday, but continues to have concerns about the effectiveness of that step and the risks of a proxy war between the U.S. and Russia.

The official said Obama is specifically concerned about the besieged Ukrainian military's capacity for using high-powered, American-supplied weaponry. The president has also argued that no amount of arming the Ukrainians would put them on par with Russia's military prowess.

The official requested anonymity to speak because the person was not authorized to talk publicly about internal deliberations.

The U.S. accuses Russia of supplying the pro-Kremlin separatists that are stirring instability in eastern Ukraine. The U.S. has limited its supplies to the Ukrainian military to non-lethal aid, such as gas masks and radar technology to detect incoming fire.

However, some administration officials have been pressing Obama for months to step up that assistance. With violence in eastern Ukraine on the rise in recent weeks, the official said Obama is willing to take a fresh look at supplying Ukraine with lethal aid, along with other options for calming tensions.

A decision on escalating aid is not imminent, the official cautioned, adding that Obama would want to first discuss the issue with European leaders, including German Chancellor Angela Merkel, who is due to visit Washington next week.

Merkel said Monday that Germany will not provide weapons to Ukraine and prefers economic sanctions and negotiations to "solve or at least mitigate the conflict."

"It is my firm belief that this conflict cannot be solved militarily," Merkel said after meeting with Hungarian Prime Minister Viktor Orban in Budapest.

CBS News correspondent Elizabeth Palmer reported that in Eastern Ukraine, pro-Russian rebel fighters are pushing forward under heavy fire, trying to surround the Ukrainian military who so far appear to be holding on.

The town of Debaltseve is a strategic prize with key rail and road links. But the whole area is a battleground where sporadic shelling kills civilians randomly -- as it did Friday in Donetsk, where at least 12 civilians died.

Some families have sought refuge underground where it's safe, but where there's little light or heat, and no prospect of life returning to normal anytime soon.

Secretary of State John Kerry is due to visit Kiev Thursday to meet with Ukrainian officials.

Obama and European leaders have largely centered their efforts to stop Russia's advances on Ukraine on sanctions targeting Moscow's most profitable economic sectors, as well as individuals close to Russian President Vladimir Putin. The sanctions, along with the plummeting price of oil, have hurt Russia's economy, but have done little to change Putin's calculus with regards to Ukraine.

"Although our focus remains on pursuing a solution through diplomatic means," she said, "we are always evaluating other options that will help create space for a negotiated solution to the crisis."

Since the crisis between Ukraine and Russia began early last year, the U.S.-led NATO alliance has sought to strengthen the Ukrainian military's command, control, communications and computers capabilities, as well as to improve logistics and standardization, cyber defense, military career transition and the rehabilitation of injured troops.

However, NATO officials have also stressed that the alliance has no military hardware of its own. Each of the 28 member nations is free to assist Ukraine as it deems fit.

On Monday, Alexander Vershbow, NATO's top-ranking American civilian official, said that Putin's actions have been a "game-changer in European security," and predicted the challenge from Moscow will be long-term. He said Russia was even less predictable now than during the Cold War.

"Today, we must contend with a Russia that wants to go back to a Europe based on spheres of influence and doctrines of limited sovereignty for its neighbors, policies that are a throwback to an earlier time, a time we thought we had put behind us," Vershbow said in a speech prepared for delivery at the 2015 Leangkollen Conference in Oslo, Norway.