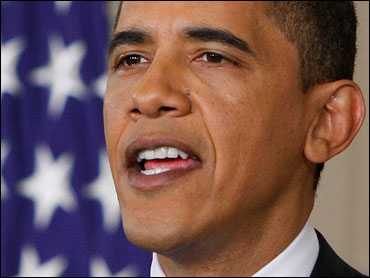 President Barack Obama's plea Tuesday for patience in the economic turmoil fits with the view of most economists that a turnaround will take some time. It doesn't fit quite so neatly with his bullish budget.

The president's spending plans and deficit projections rest on the assumption that the economy will post solid growth next year after a mild, further decline this year. Many economists think that's too rosy.

Obama was more cautious than that in his prime-time news conference - possibly to the point of having it both ways.

A look at some of his statements and how they square with the facts:

THE CLAIM: "We will recover from this recession. But it will take time, it will take patience, and it will take an understanding that when we all work together, when each of us looks beyond our own short-term interests to the wider set of obligations we have to each other, that's when we succeed."

Christina Romer, head of the White House Council of Economic Advisers, said this week she was "incredibly confident" the U.S. economy will recover within a year.

Congressional Republicans and some Democratic budget hawks have suggested the Obama budget projections are unduly optimistic to make the math to pay for the president's programs work. The higher the GDP growth, the more tax revenues come in.

Meanwhile, the nonpartisan Congressional Budget Office last week predicted that the Obama budget would produce deficits averaging nearly $1 trillion over the next decade.

OBAMA: "In this budget, we have made the tough choices necessary to cut our deficit in half by the end of my first term even under the most pessimistic estimates."

THE FACTS: Not all credible estimates foresee a deficit halved in that time.

Obama's budget forecast a deficit of $530 billion by the end of 2013. That would cut by half the deficit he inherited at the start of his term. To succeed, Obama is counting on a recovered economy, a tax boost for the rich and success in easing foreign entanglements. But his assertion that he can accomplish that "even under the most pessimistic estimates" flies in the face of an answer he gave moments later.

The Congressional Budget Office forecasts that Obama's spending plan would leave a deficit of $672 billion by the end of 2013. Explaining the differences between his projections and CBO's, Obama said his administration projects a higher growth rate.

THE CLAIM: "Our assumptions are perfectly consistent with what blue-chip forecasters out there are saying."

THE FACTS: The Obama administration's economic growth projections are more optimistic over the next five years than those of the Blue Chip Consensus, a monthly average of 50 economic forecasts from the private sector.

The Blue Chip projection is for a deeper contraction this year than is foreseen by the administration - 1.9 percent versus 1.2 percent. Then it foresees growth of only 2.1 percent next year, instead of 3.2 percent, and less than 3 percent in each of the next three years, when the administration's forecasts are for 4 percent or better.

After 2015, the blue chip forecast is a little brighter than the administration's.

THE CLAIM: Obama repeated his assertion that his housing bailout will help "stabilize the housing market and help responsible homeowners stay in their homes."

THE FACTS: Even officials in his administration, many supporters of the plan in Congress and the Federal Reserve chairman have said some of the bailout money is bound to go to those who acted irresponsibly.

Fed Chairman Ben Bernanke has said it's important for the nation to go ahead with the plan even though it means assistance will go to some who should have known better than to get in over their heads.

Sheila Bair, head of the Federal Deposit Insurance Corp., made a similar point when she said it's "simply impractical" to examine every delinquent loan and weed out those taken by people who overstated their income or assets to get a mortgage they couldn't afford.

THE CLAIM: Responding to Republican critics in Congress who say his proposed budget carries an irresponsible deficit, Obama said, "I suspect that some of those Republican critics have a short memory, because, as I recall, I'm inheriting a $1.3 trillion deficit, annual deficit, from them."

FACT: Obama inherited a whopper of a deficit, much of it due to policies and spending led by Republican President George W. Bush. But the Congress, which authorizes spending and is not blameless in driving up deficits, was controlled by Democrats in the last two years of Bush's presidency.