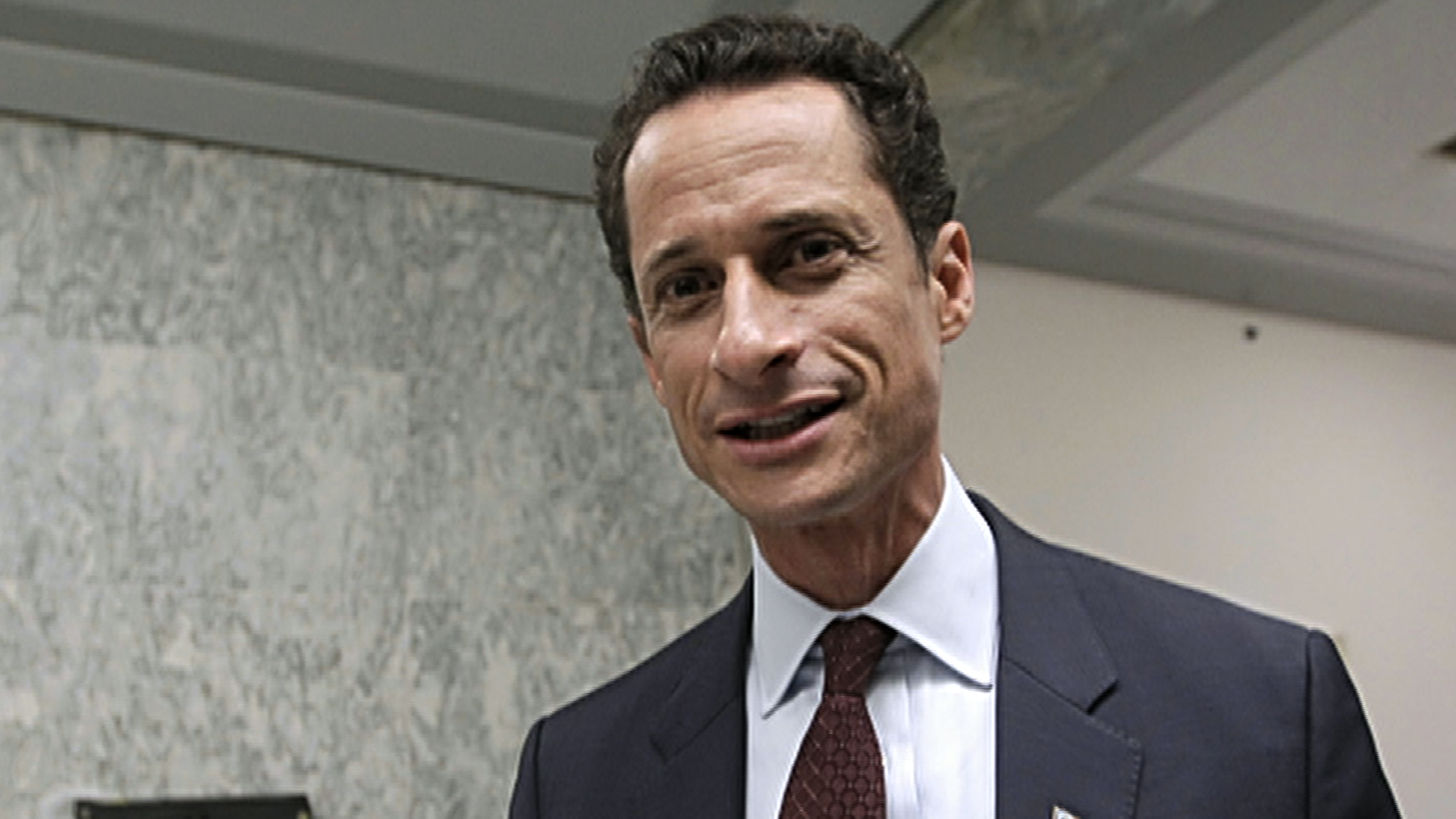 NEW YORK Anthony Weiner has tossed his hat into the race for New York City mayor, joining a crowded field and formally beginning an attempt to come back from a scandal that forced him to resign from the House of Representatives.

After weeks of speculation, the disgraced former congressman made it official with a YouTube video.

In it, he says, "Look, I made some big mistakes. And I know I let a lot of people down. But I've also learned some tough lessons. I'm running for mayor 'cuz I've been fighting for the middle class and those struggling to make it my entire life. And I hope I get a second chance to work for you."

His wife, former City Councilwoman Huma Abedin, who was a top aide to Hillary Clinton when Clinton was secretary of state, is seen in a family scene with the couple's young son.

Later, Adebin is shown sitting at Weiner's side and says, "We love this city, and no one will work harder to make it better than Anthony."

In 2011, Weiner accidentally tweeted photos of his crotch to his Twitter followers, but claimed he'd been hacked. He'd mistakenly sent a lewd message to his followers that was intended to be private. He ultimately admitted to having "inappropriate" online relationships with several women and resigned that June.

In the aftermath of these events, Weiner maintained a relatively low profile. But recently, he signaled a possible return to the spotlight with a lengthy interview with the New York Times Magazine, during which he and Abedin discussed the scandal and floated a potential mayoral bid.

"I do recognize, to some degree, it's now or maybe never for me," Weiner said at the time, of a potential political comeback.

According to a new poll from Quinnipiac University, Quinn currently leads the pack with 25 percent support, while Weiner trailed her at 15 percent. In an April survey of the contest, Quinn had 28 percent and Weiner, who was not yet in the race, was steady at 15 percent.