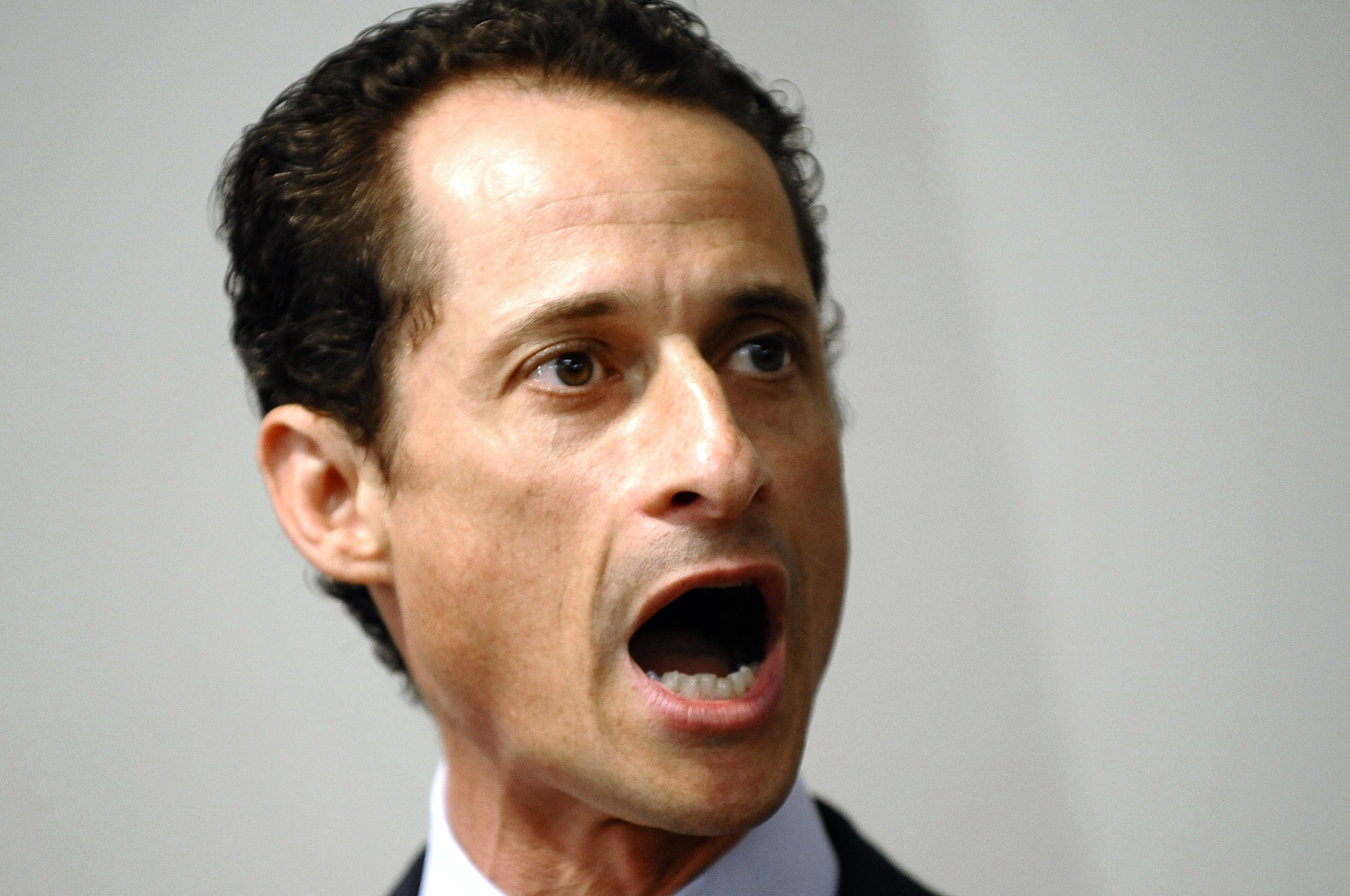 Former Rep. Anthony Weiner, D-N.Y., has said he might jump into the crowded Democratic primary field for the New York City mayoral race, but if he takes the plunge, he would begin the race in a distant second place, with more voters viewing him unfavorably than favorably, according to a new poll from Quinnipiac University.

Weiner nets the support of 15 percent of respondents in the survey, just over half of the support enjoyed by City Council Speaker Christine Quinn, who leads the pack at 28 percent. Public Advocate Bill de Blasio is close behind Weiner with 11 percent, former City Comptroller William Thompson is at 10 percent, and current City Comptroller John Liu earns 9 percent.

A former congressman from Queens, Weiner resigned in disgrace in 2011 after revelations that he sent lewd photos of himself to women using Twitter.

"The Democratic primary for New York City mayor still looks like Council Speaker Christine Quinn versus the guys," said Maurice Carroll, director of the Quinnipiac's polling institute. "With his better name recognition, former Congressman Anthony Weiner jumps into the mix at 15 percent. With his negatives, however, the question is whether he can get much higher."

If none of the candidates receive more than 40 percent of the primary vote, the top two finishers enter a runoff - an outcome that would be significantly more likely with Weiner in the mix, according to Carroll, and could provide the former congressman with his strongest shot at the nomination.

After his scandal and departure from Congress, Weiner spent a brief period mostly out of the public eye, but he emerged earlier this month to voice his interest in a potential mayoral bid in an interview with the New York Times.

Running for office "is not the single animating force in my life as it was for quite some time," Weiner said, "But I do recognize, to some degree, it's now or never for me."