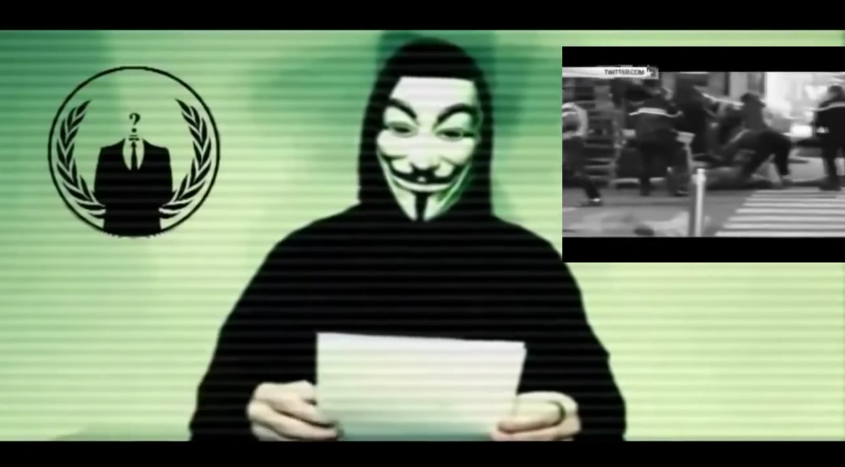 Just a few days after the terrorist attacks in Paris, a group associated with the hackers' collective known as Anonymous announced #OpParis, its social media-driven campaign against ISIS.

"This is only the beginning, ISIS. We will hunt you, take down your sites, accounts, emails and expose you ... You will be treated like a virus and we are the cure," stated a masked activist in a video posted on YouTube. "We are Anonymous. We are legion. We do not forgive. We do not forget. ISIS, it is too late to expect us."

The campaign was touted as an all-out online assault against ISIS -- also known as the Islamic State, ISIL, or Daesh, its Arabic acronym -- and it was cheered by many people around the world outraged by the Paris attacks.

Anonymous said managed to "take down" 20,000 Twitter accounts of ISIS sympathizers within days. But how effective has the Web-based operation really been in counteracting the terrorist group's effective reach?

The results are mixed, experts say. While some sympathizers with the extremist group have found their social media presences at least temporarily neutered, some criticism has been levied at Anonymous hackers for just courting splashy headlines.

Critics also say some of the social media accounts caught in the group's dragnet via a Twitter reporting script appear to have had nothing to do with ISIS.

Given the amorphous nature of Anonymous -- it consists of an unknown number of hackers with no official leader or spokesperson -- it's perhaps not surprising that the call to digital arms resulted in a pile-on.

Gabrielle Coleman, Wolfe Chair in Scientific and Technological Literacy at McGill University in Montreal, who has studied the group, says Anonymous was more effective in its response to the "Charlie Hebdo" killings earlier this year.

"You look at what is happening with this current iteration (of Anonymous's operations) and you see that it doesn't have much of an effect, which has nothing to do with Anonymous, per se, and more to do with the fact that ISIS has grabbed and secured global media attention in so many channels," Coleman told CBS News. "#OpISIS (which followed 'Charlie Hebdo') had a better track record as opposed to #OpParis because they had been at it longer and that was a smaller team of people."

Coleman suggested that, now, so many people have joined the Anonymous cause, creating an unwieldy network of hackers and activists, that efforts to target ISIS have become "chaotic."

"Anonymous initially had a smaller crew, basically doing quality control," she said. "It's tough, but Twitter has said a little bit of this, that it's really heard to know the exact percentage of accounts that are taken down really have direct ISIS affiliation."

Think of ISIS's social media presence as a hydra from Greek mythology -- a many-headed serpent that regenerated heads once they were lobbed off. As one account is taken down from Twitter or Telegram or other platforms, another can be created to replace it quite easily.

That being said, Coleman said online efforts against the terrorist group could have an impact down the road.

"Right now, it's kind of chaotic, kind of crazy, and not well-controlled. But, after a few weeks or months, most people go away, and then the die-hards stay," Coleman added. "The die-hards can institute better quality control. That was the kind of social metabolism with the first #OpISIS, but whether that will happen (with this operation) remains to be seen."

More than your average Twitter battle, the social media front could be significant in the war on ISIS since the terrorist group has been so effective at spreading its message and recruiting followers through digital channels.

"What is interesting is that this group of young extremists who are part of ISIS, or ISIL, is that they are young and computer savvy and are using social media incredibly effectively," Scott J. White, an associate professor who specializes in national security and is the director of computing and security technology at Drexel University, told CBS News. "They are winning the propaganda campaign because they actually tell their attackers to take a video on their phones, show a video of the attack, have documentation and show those videos to display how successful they are."

White said that the fight between Anonymous and ISIS is something of a Millennial-generation battle consisting of two sides raised in a social media age. Both groups have a sophisticated understanding of the power of technology and its ability to disseminate information quickly and widely.

"When it comes to Anonymous, they are able to shut down (ISIS sites and accounts) and show that they are vulnerable, maybe not so clever, and prove that ISIS is as vulnerable as anybody else," White said. "On the other hand, you have security services out there that use the same Twitter and Facebook accounts, that monitor the activities of these organizations. On one hand it's a success, but then it potentially shuts down an avenue of intelligence gathering that could be useful for intelligence agencies."

"People go into these forums and try to cull intelligence data themselves," Coleman said. "We see this quite a bit in the hunt for pedophilia, Anonymous and other non-Anonymous people are essentially hunting these people out. I think this is a development that will stay with us as citizens -- this citizen intelligence-gathering. They are able to send this information to the FBI, and stuff like that. It's unknown whether or not this is fruitful, but it's obviously helpful to have this flow train of more eyes out there. It could be potentially beneficial."

However, another recent Anonymous operation outing alleged members of the KKK drew criticism and some backpedaling after a number of people claimed they were wrongly accused.

"In the initial chaos, mistakes do come from the Anonymous campaign, just by virtue of the fact that there are so many people (posting)," Coleman said. In that case, she said, the erroneous names appeared to have been posted by an account that later vanished. "My reading is that first account wasn't an Anonymous account but someone who said 'I fight racism, I like what Anonymous is doing.' Or maybe that person was actually trying to discredit Anonymous by releasing these inaccurate names." In the murky world of hackers it's hard to know for sure.

"The groups engaging in terrorism have not changed what they are doing, just how they are doing it. Terror is terror, the whole point is to get a government and a people to change social, political, or economic policies by use of violence," White said. "The vehicle of dissemination has changed. Dissemination of information has changed on both sides -- whether ISIS or Anonymous. The dissemination of material to attack an adversary has changed dramatically. That's what makes this so fascinating."