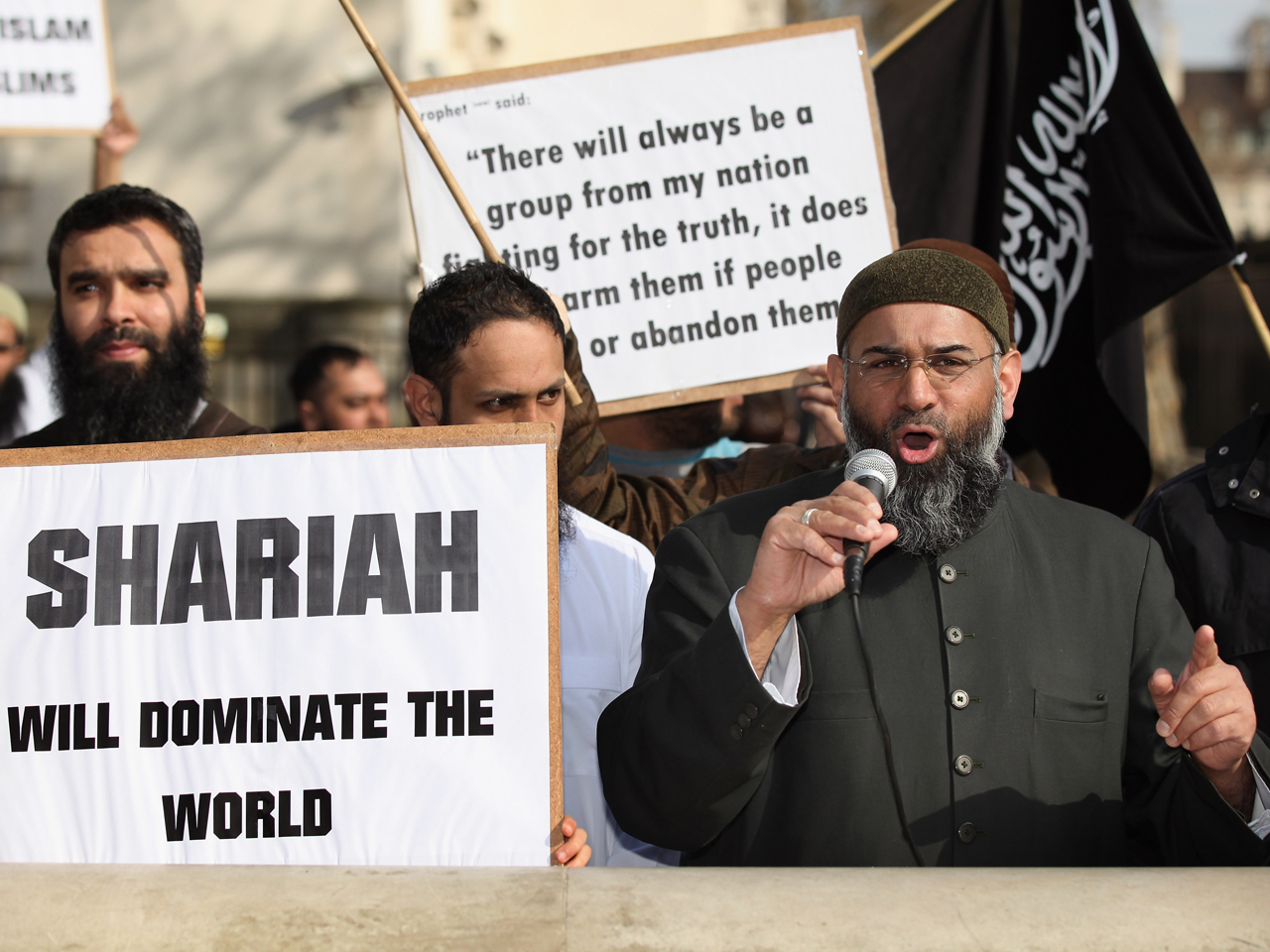 LONDON -- An Islamic extremist preacher who managed to stay just on the right side of British law for decades while touting sharia law as the future for the U.K. and encouraging young Muslims to wage jihad, was sentenced Tuesday to more than five years in prison for his actions.

Preacher Anjem Choudary, 49, and one of his adherents, 33-year-old Mohammed Mizanur Rahman were both found guilty on July 28 of inviting support for ISIS, a designated terrorist organization. The verdicts were only announced in August due to rules imposed by the court.

Choudary was handed a five year, six month sentence on Tuesday by a London court. He had faced a maximum 10 year sentence. Rahman received the same sentence.

“Both men were fully aware that Daesh (ISIS) is a proscribed terrorist group responsible for brutal activities and that what they themselves were doing was illegal,” Sue Hemming, head of counter terrorism at the Crown Prosecution Service, said in a statement. “Those who invite others to support such organizations will be prosecuted and jailed for their crimes.”

It was not immediately clear whether either man would seek to appeal the sentence, as permitted under British law.

Choudary and Rahman’s pledge of allegiance to the terror group’s self-declared “caliphate,” or Islamic state, and its leader Abu Bakr al-Baghdadi in 2014 was a “turning point for the police” that enabled officers to act.

London’s Metropolitan Police said in a statement in July that Choudary and Rahman were caught giving the pledge of allegiance to another know terrorist “via Skype, text and phone” during dinner at a restaurant in London.

“Choudary and Rahman are believed to have been recruiters and radicalisers for over 20 years and have been closely associated with another proscribed organisation Al Muhajiroun (ALM). ALM is believed to be the driving force behind a number of people who later committed terrorist attacks including the 7/7 bombers and Lee Rigby’s murderers,” the police said.

Choudary has been pick up by police on many occasions in recent decades, but in addition to being an expert in the tenets of sharia law, he’s also well-versed in Britain’s laws on free speech and incitement.

“These men have stayed just within the law for many years, but there is no one within the counter terrorism world that has any doubts of the influence that they have had, the hate they have spread and the people that they have encouraged to join terrorist organisations,” Commander Dean Haydon, the head of the Met’s Counter Terrorism Command, said in a statement, announcing the sentences. “Over and over again we have seen people on trial for the most serious offences who have attended lectures or speeches given by these men.”

Choudary is a familiar face to Britons, who have seen him at the front of pro-sharia law demonstrations and heard his extremist rhetoric in news video for years.

”60 Minutes” interviewed him and one of his young followers in 2014 for an in-depth look at the efforts to legitimize and recruit for ISIS on the streets of Britain.

In the interview, Choudary flatly denied encouraging young men to go and fight for ISIS or other extremist groups, claiming none had sought his advice on the matter and he wouldn’t discuss “hypotheticals.”

He has always dismissed man-made laws and governments as illegitimate, and advocated for the implementation of sharia law across Europe and the wider world.

“I believe Islam is superior. And will not be surpassed,” he told CBS News. “The messenger Mohammad, he said, ‘Fight them with your wealth, with your body, with your tongue.’ So, I’m engaged here, if you like, in a verbal jihad.”

Choudary went so far in the 2014 interview as to taunt British law enforcement: “There was a report out recently which said that I inspired 500 people, in fact, to carry out operations here and abroad. And if that were really the case, don’t you think that I’d arrested be? And I’ll be sitting in prison?”

Later that year, the young man who was interviewed along with Choudary, a Londoner who had converted to Islam from Hinduism and been a close follower of the preacher, popped up in Syria fighting for ISIS and taunting British intelligence services for letting him “breeze through Europe to the Islamic State.”