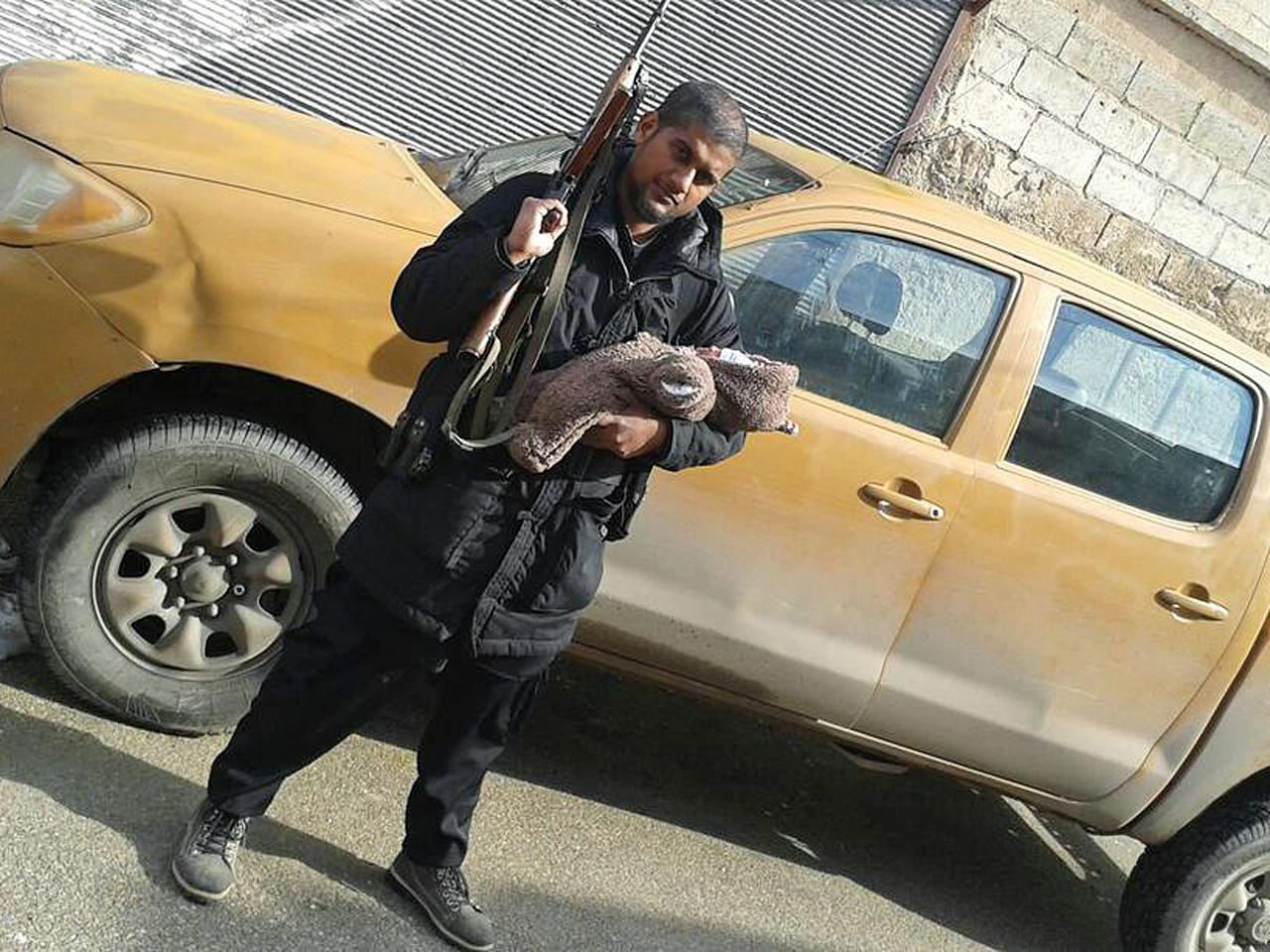 LONDON -- A British jihadi who told Clarissa Ward in an interview for "60 Minutes" that he couldn't even love his mother because she isn't a Muslim, has seemingly thwarted the U.K. authorities and managed to travel to Syria.

Siddhartha Dhar, a British-Indian who converted to Islam as a young man and adopted the name Abu Rumaysah, started posting messages to his Twitter account Monday claiming he has reached territory controlled by the Islamic State of Iraq and Syria (ISIS). He taunts British law enforcement for letting him "breeze through Europe to the Islamic State."

Ward met and interviewed Rumaysah, 31, for her "60 Minutes" report on Muslim radicalization in Britain. Rumaysah is a close associate of radical British cleric Anjem Chaudary, who has operated a series of banned Islamic organizations in London for years.

Dhar, along with Choudary and a handful of other suspects, was briefly arrested on September 25 on suspicion of belonging to a banned organization and other terrorism related offenses. He was released on bail, on the condition that he hand over his passport to authorities.

British prosecutor Luke Ponte told "The Mail" he believed Rumaysah boarded a coach for Paris on September 27, just two days after he was arrested.

"He failed to comply with the conditions to surrender his travel documents to police. It's my understanding that he is no longer in the jurisdiction and that he is currently in Syria," Ponte told the newspaper.

If his tweets are true, Rumaysah joins an estimated 500 Britons who have traveled to Syria and Iraq to wage jihad. His case would be more of an embarrassment to the British government as it had clearly identified him as a potential risk and attempted to prevent him traveling abroad.

In her report for "60 Minutes," Ward pressed Choudary to admit that the extremist version of Islam he preaches might be encouraging young Muslim men to go and fight abroad.

"What you're actually doing, essentially, is inspiring young men to go and fight in these countries, while you stay here and enjoy a comfortable life," she argued.

"This is a kind of the rhetoric that the western media come out with," replied Choudary. "There are no examples of anyone, in fact, who is in any of the battle fronts, who actually say, 'Well, actually, Mr. Choudary asked me to come here,' or, 'he bought my ticket.' You know? ... There was a report out recently which said that I inspired 500 people, in fact, to carry out operations here and abroad. And if that were really the case, don't you think that I'd arrested be? And I'll be sitting in prison?"

Ward then presented Choudary with a hypothetical scenario: "So if a young man, one of your students, comes to you and says, 'Should I go and fight in Syria or Iraq,' what would you tell them?"

"Well, they haven't come to me. And if they come to me I'll think about a suitable response," Choudary said. "I don't deal with hypotheticals."