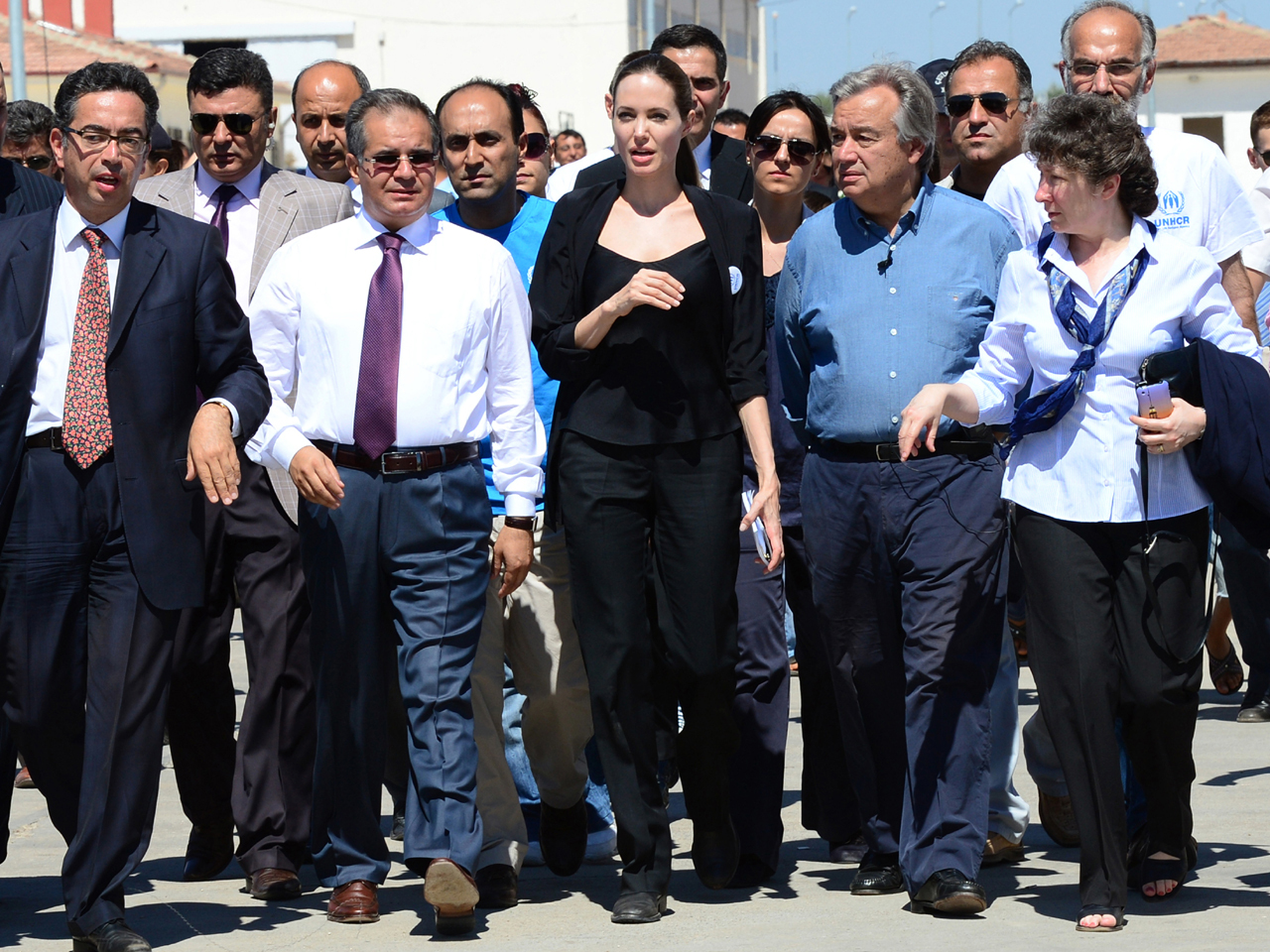 (CBS/AP) ISTANBUL - Angelina Jolie met with Syrian refugees in Turkey on Thursday to draw attention to the plight of the hundreds of thousands who have fled their nation's civil war.

Jolie, who is a special envoy for the U.N. refugee agency, said the refugees had told her they were grateful to Turkey for its help. "And they are very, very emotional and very deeply saddened by the situation in Syria and very concerned about their families and their friends in their country," the actress added.

The Oscar winner's trip comes as Turkey grows increasingly concerned that the number of registered Syrian refugees on its soil - about 80,000 - is becoming difficult to manage.

Turkey has also been frustrated in attempts to persuade the international community to help set up safe havens for Syrian civilians inside Syria.

Jolie and Antonio Guterres, the U.N. high commissioner for refugees, met privately with refugees at two camps near the Syrian border. Jolie's two-day itinerary in Turkey was also to include a stop in Ankara, the capital, for talks with officials including President Abdullah Gul.

Earlier this week, Jolie and Guterres visited Syrian refugees in Jordan, which is also sheltering those who have fled the 18-month-long conflict in neighboring Syria. Guterres said the sheer number of refugees is taking a toll on Jordan's economy and resources. The Hollywood star also met with Syrian refugees in Lebanon.

The U.N. refugee agency has said the number of Syrian refugees seeking its help now tops a quarter-million - and could be far higher. Activists estimate some 23,000 people have been killed in the bloodshed in Syria since March 2011.

Turkey, which supports the Syrian opposition in its fight against President Bashar Assad's regime, has maintained an "open door" policy for Syrians fleeing the violence. Turkey has spent more than $300 million on the refugee crisis and is building three new camps, raising the total number of camps to 14.

The UNHCR promoted Jolie from serving as a goodwill ambassador to special envoy in April because of her work for the agency. The actress also met with Syrian refugees in Turkey last June, and paid a two-day visit to Libya in October.