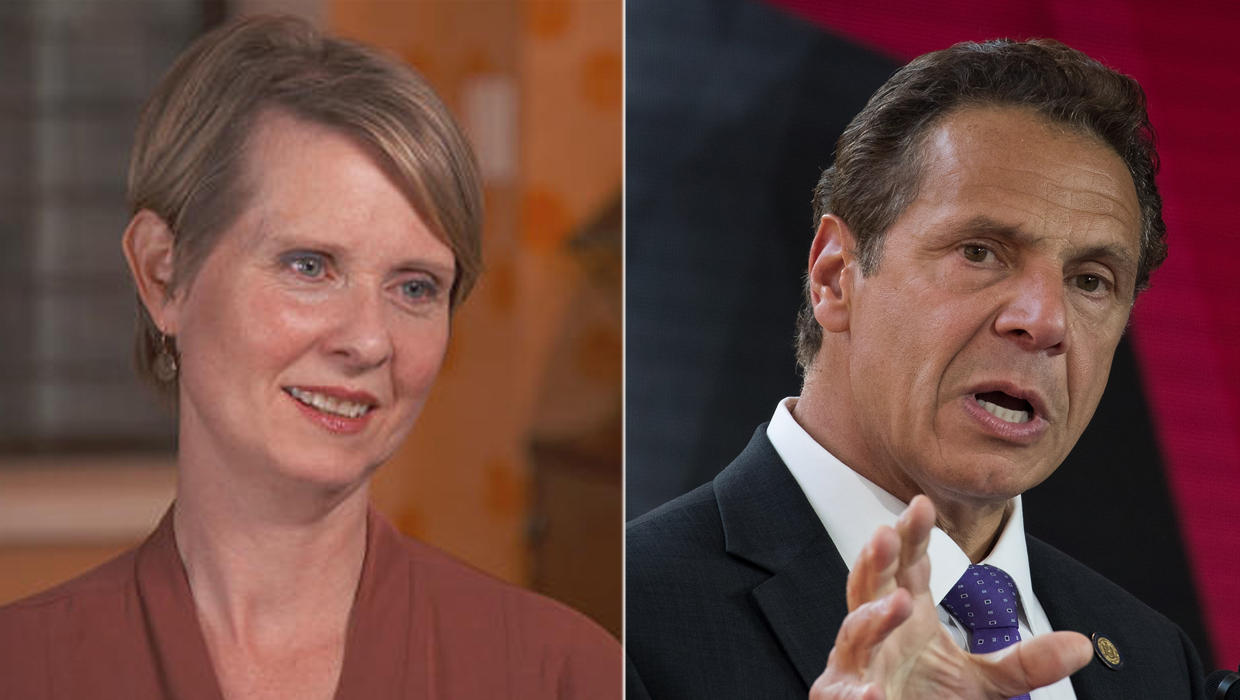 New York Gov. Andrew Cuomo will face his Democratic Party primary challenger, former "Sex and the City" star Cynthia Nixon, Wednesday night in a debate. This is the only scheduled debate between the two candidates before New York's Democratic primary September 13.

How to watch the debate

According to CBS New York, Cuomo's strategy will likely be to tout his record of big infrastructure projects and signing laws including same-sex marriage and gun reform. He has served as governor since 2011. Nixon is expected to attack Cuomo, blaming him for the deteriorating mass transit system and corruption in the capital, Albany.

The two have traded barbs in recent weeks leading up to Wednesday's debate. Both camps report their respective candidates have been rehearsing for the debate. Neither campaign would say who was standing in as the opponent in their rehearsals.

The most recent polls have Cuomo ahead of Nixon, whose campaign has criticized the governor for only agreeing to a single debate.