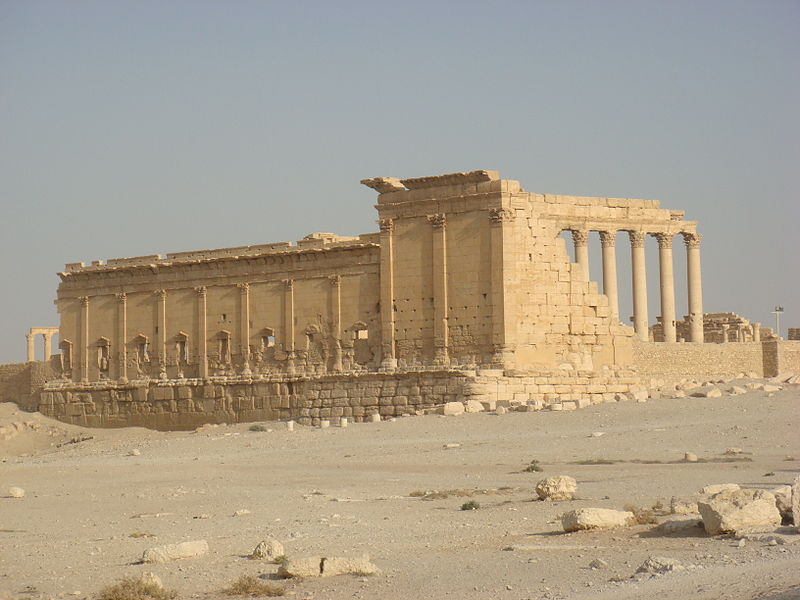 BEIRUT - Activists say Islamic State of Iraq and Syria (ISIS) militants have set off an explosion that severely damaged the Bel Temple in the ancient city of Palmyra in central Syria.

A resident of the area, who goes by the name of Nasser al-Thaer, says a huge blast went off Sunday afternoon. He says that "it is total destruction" and that "the bricks and the columns are on the ground." He says that only the wall of the temple remains.

The Britain-based Syrian Observatory for Human Rights, which has a network of activists in Syria, says the temple was damaged.

News of the destruction in Palmyra came a few days after ISIS released propaganda images that purported to show militants laying explosives in and then blowing up Palmyra's 2,000-year-old temple of Baalshamin.

The attack realized the worst fears archaeologists had for the Roman-era city after the extremists seized it and beheaded a local scholar.

The U.N. cultural agency UNESCO last week called the destruction of the temple a war crime.

The site dates back to the first century AD, and survived numerous invaders and occupiers. People of the religions of Islam, Christianity, and Judaism had joined together to protect it for nearly 2,000 years. It was seen as one of the most important archaeological sites in the world.

Baalshamin was part of a sprawling Roman-era complex that includes other remains of temples to local gods and goddesses, including the even larger and slightly older Temple of Bel.