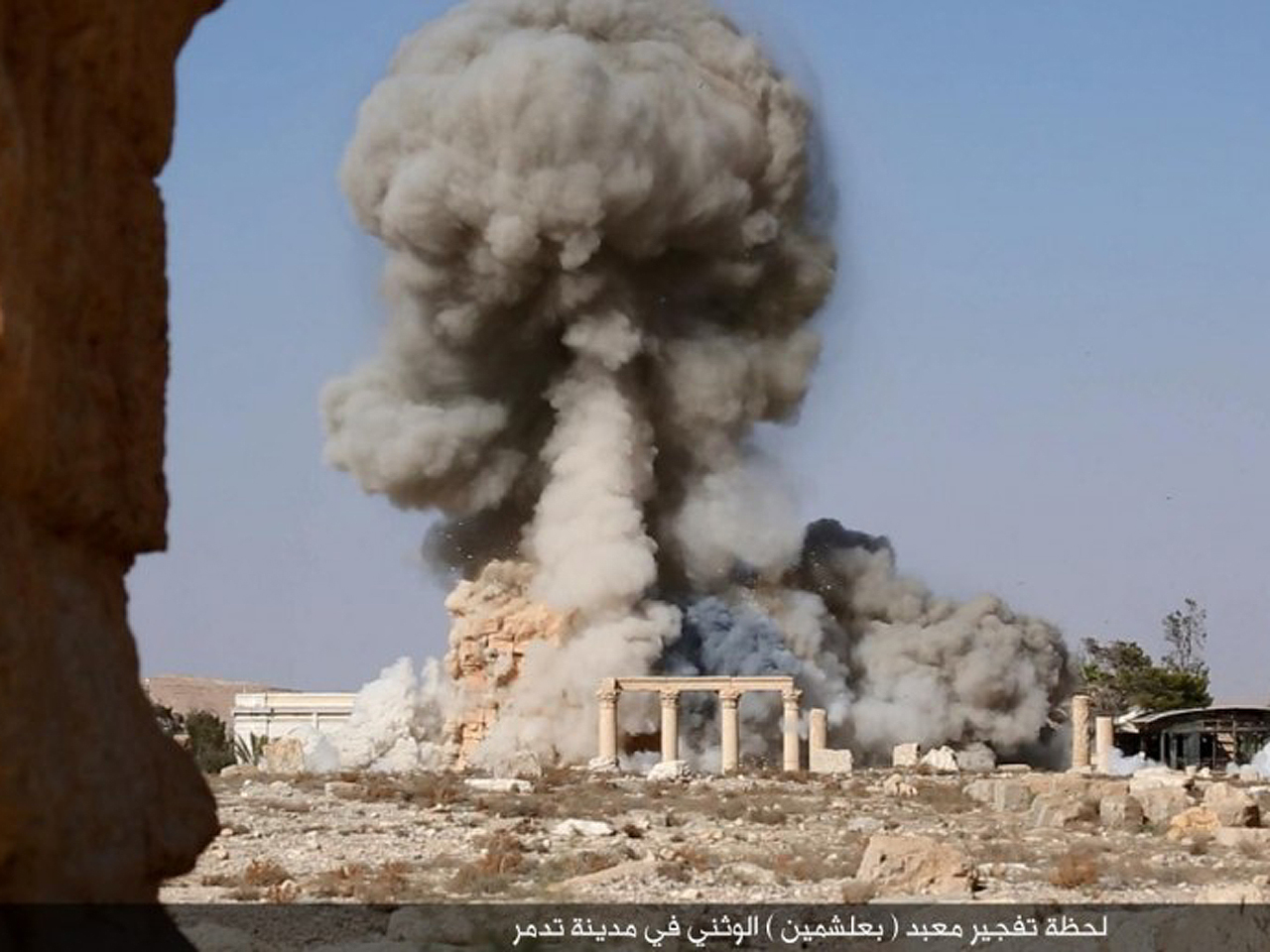 BEIRUT -- The Islamic State of Iraq and Syria (ISIS) released propaganda images Tuesday that appear to show militants laying explosives in and then blowing up the 2,000-year-old temple of Baalshamin in Syria's ancient caravan city of Palmyra.

The images showed militants carrying barrels of explosives and laying them inside the temple. Other smaller wired cans lay around the temple walls and columns. Then an image shows a grey plume of smoke rising above the temple from a distance, and then an image of the temple reduced to a pile of rocks. One caption read: "The complete destruction of the pagan Baalshamin temple."

The images were released by the ISIS branch in the central Syrian province of Homs, where Palmyra is located, and re-posted on ISIS' official blog before being spread widely on social media by the group's supporters.

The images presented Tuesday correspond to prior reporting by the Associated Press and other organizations showing Palmyra, and appeared to be authentic.

CBS News confirmed on Sunday that ISIS had destroyed the temple, about a month after the group's militants booby-trapped it with explosives.

The attack realized the worst fears archaeologists had for the 2,000-year-old Roman-era city after the extremists seized it and beheaded a local scholar.

The U.N. cultural agency UNESCO on Monday called the destruction of the temple a war crime.

The temple, a structure of giant stone blocks several stories high fronted by six towering columns, was dedicated to a god of storm and rain -- the name means literally "Lord of the Heavens."

The site dated back to the first century AD, and survived numerous invaders and occupiers. People of the religions of Islam, Christianity, and Judaism had joined together to protect it for nearly 2000 years. It was seen as one of the most important archaeological sites in the world.

Baalshamin was part of a sprawling Roman-era complex that includes other remains of temples to local gods and goddesses, including the even larger and slightly older Temple of Bel. Experts and residents fear the group will destroy the other ruins.

ISIS, which has imposed a violent interpretation of Islamic law across its self-declared "caliphate" straddling Syria and Iraq, says such ancient relics promote idolatry. It already has blown up several sites in neighboring Iraq, and it is also believed to sell looted antiquities. The group seized control of Palmyra, in the central deserts of Syria, in May.