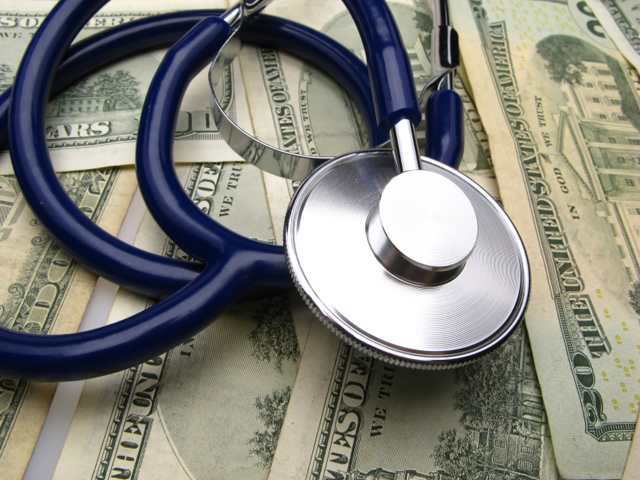 At a congressional hearing Wednesday, Rep. Jan Schakowsky, D-Ill., a steadfast supporter of the Affordable Care Act, reminded her Republican colleagues that the health care law is here to stay.

"You know, I want to say to my colleagues after a three-and-a-half year campaign to repeal, to discredit, to even shut down the government over Obamacare, I want to say: get over it," Schakowsky said during the hearing investigating the botched HealthCare.gov rollout.

It's true, as the administration likes to point out, that Obamacare was signed into law three years ago and has survived the Supreme Court and a presidential election. Still, about half the states in the country are still debating whether to embrace or reject a major portion of the law -- expanding Medicaid.

So far, 25 states and the District of Columbia have decided to expand Medicaid, which currently exists as a joint federal-state program that provides health care to certain poor Americans, such as children and the elderly. Next year, the health care program in those states will be opened up to anyone with an income under 138 percent of the federal poverty line.

The remaining 25 states can decide at any time in the future to expand Medicaid, and it's likely more will do so. The nonpartisan Congressional Budget Office said in May that it expects Obamacare to increase the number of people enrolled in Medicaid and the Children's Health Insurance Program (CHIP) by 13 million by 2023. That accounts for around half of the 25 million expected to get coverage from the Affordable Care Act by 2023. So far, in many states that have already expanded Medicaid, enrollment in the newly-expanded program is outpacing enrollment in private insurance.

As he defended his health care law in Boston on Wednesday, Mr. Obama criticized the Republican governors who've rejected the Medicaid expansion, charging they "are so locked into the politics of this thing that they won't lift a finger to help their own people."

"That's a shame," Mr. Obama said. "If they put as much energy into making this thing work as they did into attacking the law, Americans would be better off."

However, the state-level debate over expanding Medicaid hasn't created the same hyper-partisan divide that Obamacare inspires in Washington -- conservative governors like Arizona's Jan Brewer, Michigan's Rick Snyder and Ohio's John Kasich have all embraced the plan.

The GOP governors on board with the Medicaid expansion have pointed to the minimal fiscal impact it will have on state budgets -- for the first two years, the federal government pays for 100 percent of the expansion. Starting in 2017, the states start chipping in, but they will never contribute more than 10 percent of the cost.

On top of that, Republican governors may be calculating that they don't stand to gain much politically from mirroring congressional Republicans' obstinate opposition to the health law.

"I'm concerned about the fact there seems to be a war on the poor," Kasich recently told the New York Times, explaining his willingness to expand Medicaid and adopt other improvements to the social safety net. "That if you're poor, somehow you're shiftless and lazy."

In order to adopt the Medicaid expansion for next year, Kasich had to bypass the Republican-led legislature in his state. He turned to the seven-member state Controlling Board for approval of the plan, a move that dozens of state legislators condemned. Six state House Republicans and two anti-abortion rights groups have, in fact, filed a lawsuit against the move, arguing the board has to carry out the "legislative intent" of the General Assembly.

Another Republican governor, Tom Corbett of Pennsylvania, has put forward a plan called "Healthy Pennsylvania" that would accept federal funding to expand Medicaid while making some adjustments. Corbett's version of the program would use the federal funding to help newly-eligible Medicaid recipients buy private insurance on the new Obamacare marketplace. The governor is also calling for job training and job search requirements for all working-age Medicaid beneficiaries.

The Health and Human Services Department has already approved a modified version of the Medicaid expansion in Arkansas, so it's possible they could approve Corbett's plan. Hospital officials in Pennsylvania said this week they'd support any expansion of Medicaid, while a coalition backing the full expansion of the government program is planning a rally at Corbett's Philadelphia office on Thursday.

Meanwhile, in New Hampshire, state lawmakers will convene a special legislative session next Thursday to consider the Medicaid expansion. The legislature tried to reach a bipartisan agreement on the issue earlier this year, but after failing to do so, they put together a special bipartisan panel that heard from experts on the issue over the summer. The panel ultimately recommended the state adopt the Medicaid expansion.

On Wednesday, conservative groups like Americans for Prosperity and Cornerstone Action gathered in Concord to protest the potential expansion.

Other states like Missouri and Alaska could take up the Medicaid expansion issue next year.