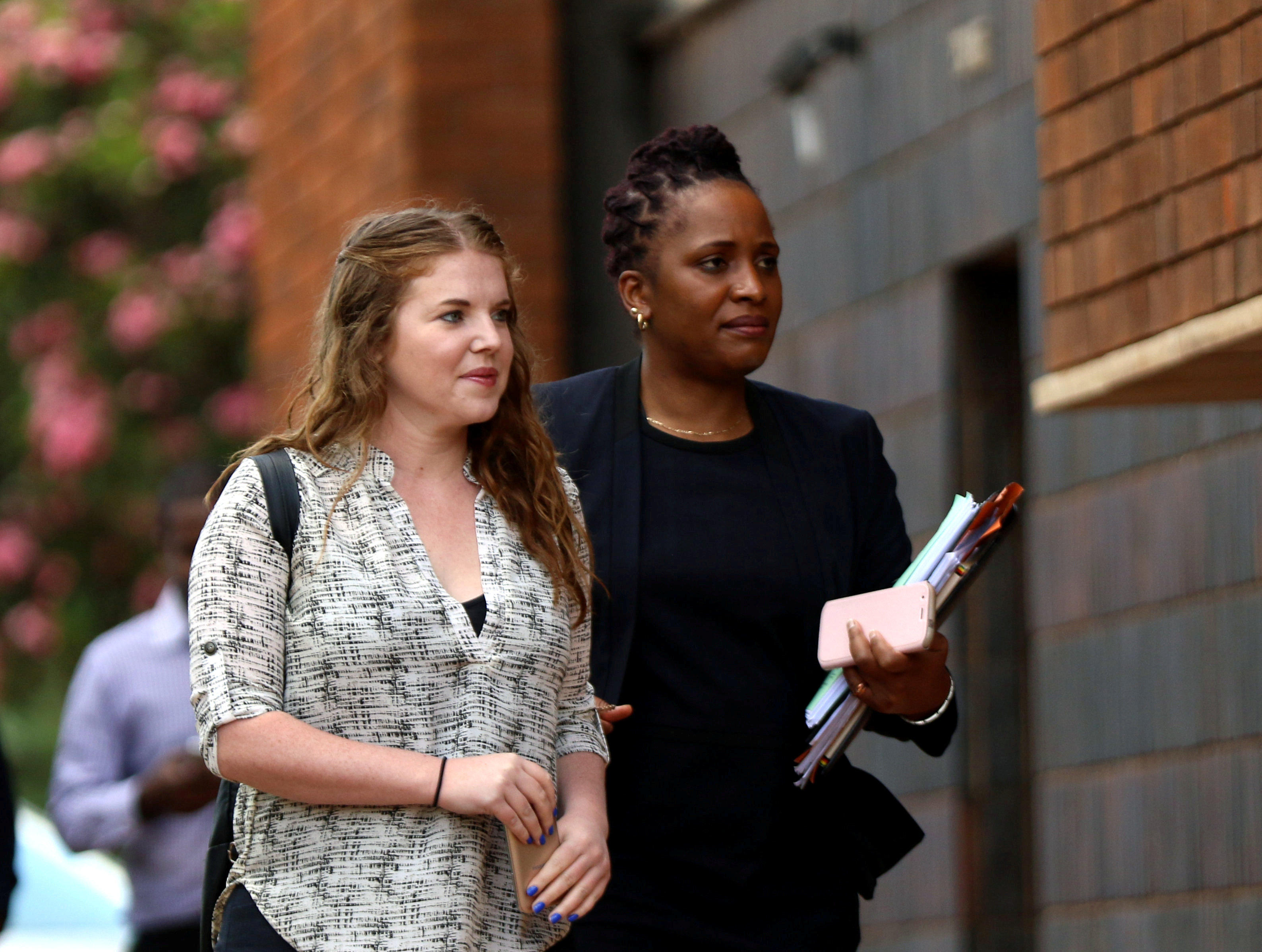 HARARE, Zimbabwe -- A Zimbabwean court on Thursday freed "for now" an American woman charged with subversion for allegedly describing the former president on Twitter as a "sick man."

Martha O'Donovan, who grew up in New Jersey, had faced up to 20 years in prison. A magistrate removed her from remand after prosecutors failed to provide a trial date, freeing her from the charges but only temporarily.

O'Donovan's lawyer Obey Shava told The Associated Press she can still be summoned back to court if the prosecution feels it has more evidence against her. But she can get her passport back.

"It all depends on what they gather but for now the case has crumbled. She is free for now," said Shava with the organization Zimbabwe Lawyers for Human Rights.

In previous cases, the government has rarely followed up to summon people again.

A smiling O'Donovan, looking relieved, said she had no comment and left the courtroom to hugs from friends.

She has denied the allegations of insulting 93-year-old former leader Robert Mugabe, who resigned in November under pressure from the military and ruling party amid fears that his wife was positioning herself to succeed him.

New President Emmerson Mnangagwa, a longtime Mugabe ally whose firing as vice president sparked the whirlwind events leading to Mugabe's departure, has declared that the southern African nation should let "bygones be bygones."

Zimbabwe Lawyers for Human Rights says it has represented nearly 200 people charged under a law that criminalizes insulting or undermining the president.

On Sunday, the military rounded up eight activists for carrying placards denouncing Mnangagwa during a church service presided over by the president. A court released them Tuesday after ruling that the military had no arresting powers.