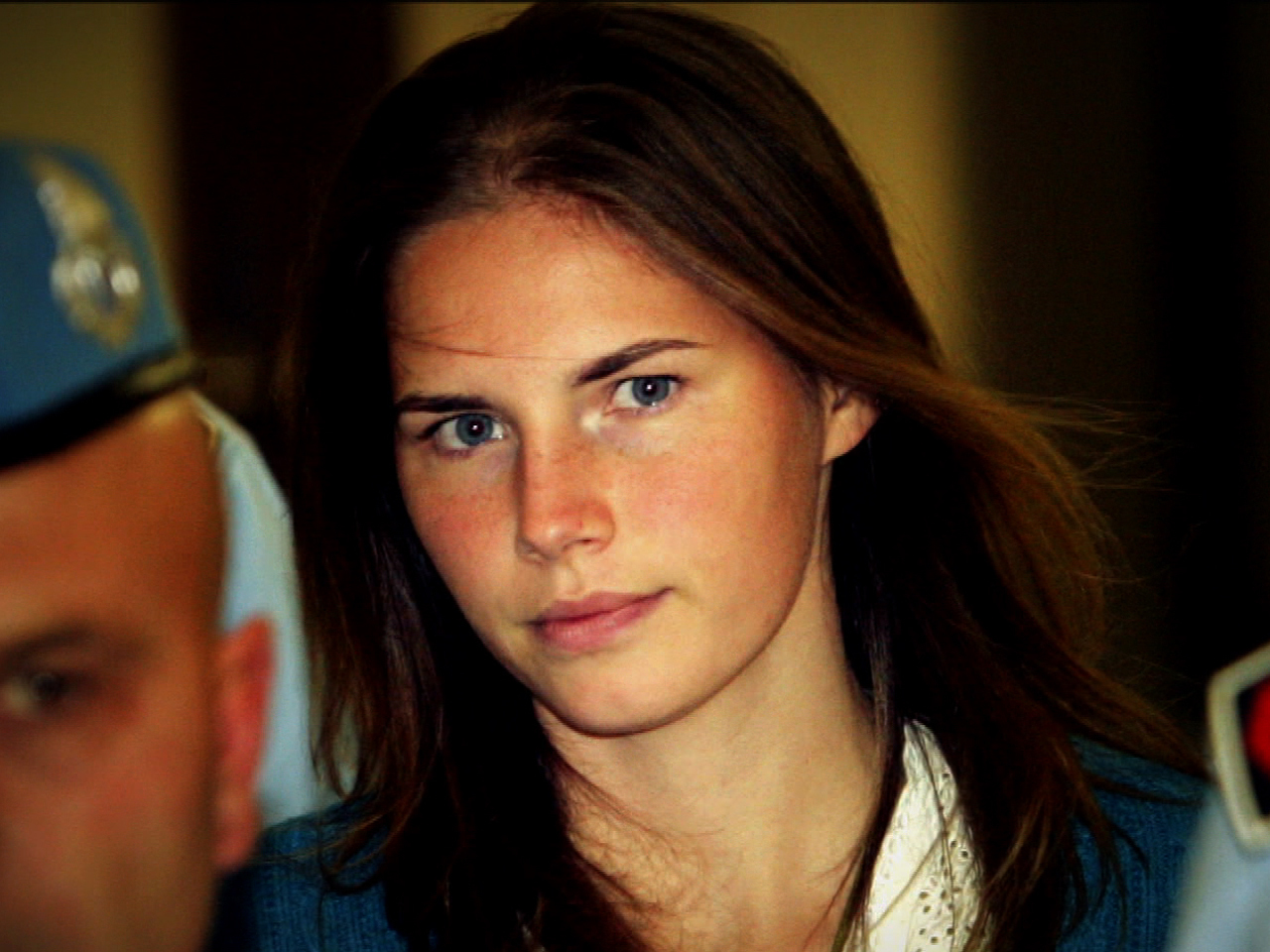 (CBS) FLORENCE, ITALY - Seattle-born Amanda Knox was not at Wednesday's appeal hearing in a Florence court, but her former Italian boyfriend Raffaele Sollecito was.

He had just returned from a holiday in the Dominican Republic. Knox, on the other hand, made it clear months ago she had no intention of returning from the United States, where she is attending university, for the trial. Both have already spent four years in Italian prisons.

Wednesday was the first time either of the defendants attended one of the hearings in their retrial for the November 2007 murder in Perugia of British student Meredith Kercher, Knox's roommate at the time. The retrial was ordered by Italy's high court earlier this year because, it said, their 2011 acquittal was full of "shortcomings, contradictions and inconsistencies."

Knox and Sollecito were initially convicted in 2009 for the murder. Knox was sentenced to 26 years and Sollecito to 25 years in prison, but that was before the 2011 acquittal.

At the start of the hearing, Sollecito asked to give a spontaneous declaration - a right every defendant has in Italy. The judge allowed him to speak just before the end of the hearing.

First, Sollecito spoke of his Italian family and background and stressed that he was an honest man. He said Knox was his first true love, and he insisted he had no reason to want to murder anyone just a week before his graduation. He added that he has never enjoyed going to parties or drinking alcohol, although he admitted to smoking a joint now and then.

Timeline of the Amanda Knox case

Sollecito also spoke of how difficult it had been for him in prison and how he feels he is constantly scrutinized for anything he does, even traveling abroad.

On two occasions during his statement, Sollecito also said he had never met Ivory Coast drifter Rudy Guede, who has already been convicted in the killing and is serving a 16-year prison sentence, after opting for a fast-track trial. Guede has insisted he's innocent since being jailed.

"I never knew Rudy Guede and I only knew Meredith a little bit. It doesn't make any sense that I would have had any interest in her that could have led to such an atrocious act, against a 20-year-old girl, it has no basis in reality. And this thing, unfortunately, is going on for too many years," he said.

Toward the end of his statement, a tearful Sollecito asked the judges to give him his life back.

"I humbly request you to please look at the reality of this situation and to consider the immense wrong that has been done," he told the judges.

The court also heard the results Wednesday of new DNA tests that were ordered by the judge on a knife found in Sollecito's kitchen, and which prosecutors have claimed was the murder weapon.

According to the results of the new tests, the knife has revealed traces of Knox's DNA, but not Kercher's. Knox's defense lawyer, Carlo Dalla Vedova said this is evidence the knife was simply a kitchen knife she used in Sollecito's kitchen, raising serious doubts, he claimed, that it was in fact the knife used in the killing.

"The new trace analyzed is between the blade and the handle, the normal position for a finger when cutting bread," Della Vedova said before Wednesday's proceedings.

The prosecution has always maintained that the killing of the 21-year-old British students was carried out by more than one person, was masterminded by Knox, and was the result of a drug-fueled sex game.

Guede just days ago he wrote a letter to a popular Italian television program repeating his innocence and claiming he was wrongfully convicted and that Kercher's killer is still free.

The judge scheduled another six hearings between now and January 10th, when the verdict will be announced.

Sabina Castelfranco is a correspondent for CBS Radio News