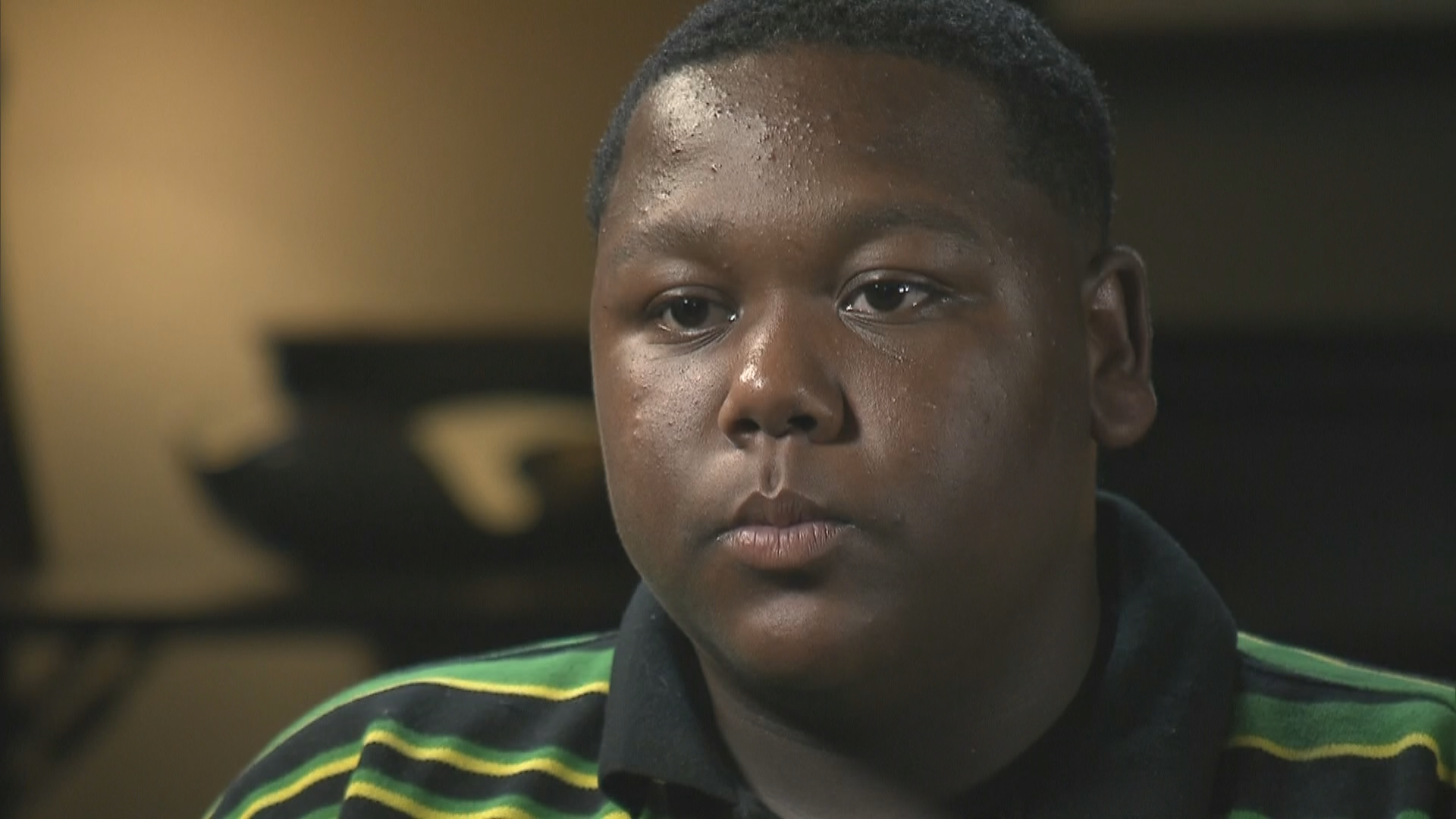 At just 15, Cameron Sterling is preparing for his father's funeral. He's also thinking about the protests that are happening across the country and the police ambush in Dallas, which was motivated in part by his father's fatal shooting.

Shortly after his father was gunned down and killed by Baton Rouge police, Cameron broke down as his mother, Quinyetta McMillon, spoke at a news conference.

"The individuals involved in his murder took away a man with children," McMillon said, as Cameron wept uncontrollably into a family member's arms.

"I want my daddy back," he could be heard saying as his mother demanded justice for his father.

"I really want everyone to know, everyone nationwide, everyone in this world, to know that Alton Sterling was a good man," Cameron told CBS News correspondent David Begnaud. "No matter what anyone else has to say about him, truly in my heart, I know he was a good dad."

"I'll never forget that image of you wailing on the side of your mom," Begnaud said.

"When I put my arm around her, it's like somebody else's hand touched me, like I had another hand laying on top of my hand. And when I looked over, was nobody else touching me. Nobody else was touching me. And it was like at that moment I knew: my daddy here -- he right on the side of her," Cameron said. "We're standing here as a family together once again. That's when I just started crying... I knew I can't physically have him back, so I knew I had to cry, just to be like, 'I want my daddy back.'"

"If you had an opportunity to say one thing to your dad... what would it be?" Begnaud asked.

Still, his father's death hasn't changed his opinion that "all police aren't bad."

"They all aren't bad. There are some that are bad, but all aren't bad. How I feel? I feel all police shouldn't be punished for other police's crimes," Cameron said. "The police in Dallas, Texas... they didn't deserve that because, nobody knew if they had kids to go home to. Those kids need their parents."

While Cameron condemns the killings in Dallas, he asked that people continue protesting, but under one condition.

"But what I want, what I ask if you truly love my father, I truly just want everyone to protest the right way -- protesting in peace. Not in violence," Cameron said. "Not beating the police, not police beating the people. That makes no sense. That make things worse. You have to make things better by making peace."

During a press conference Wednesday morning, Cameron urged protesters to not bring alcohol or guns to demonstrations. He also made a call for unity.

Cameron will travel to Washington, D.C., Thursday, where he is expected to meet President Obama during a town hall before saying his final goodbye to his dad Friday.