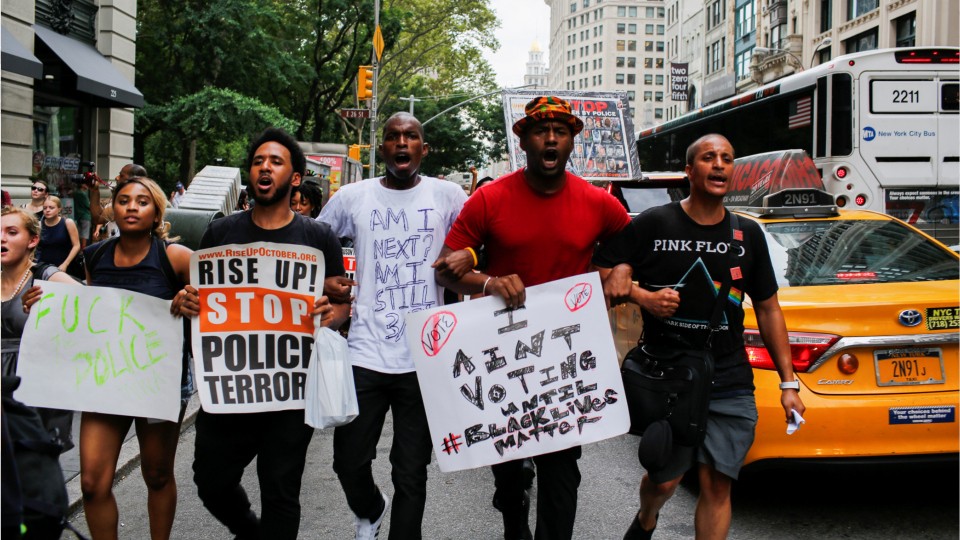 On July 5, 2016, two white police officers shot and killed a black man, named Alton Sterling, outside a convenience store in Baton Rouge, Louisiana. The shooting sent shockwaves through social media and fueled #BlackLivesMatter protests throughout the country. It was no ordinary police-related death. It was captured on camera.

And the next day, as people throughout the world scrutinized the brutal footage, it happened again.

This time, a white police officer pulled over a black couple in Falcon Heights, Minnesota. The incident began with a broken tail light and ended with the black man in the car, Philando Castile, shot dead in the passenger seat. As Castile took his last dying breaths, his girlfriend picked up her phone and broadcast the scene live on Facebook.

If the public was angry before, now it was outraged. On the evening of July 7, 2016, President Obama addressed the back-to-back shootings.

"We have seen tragedies like this too many times," he said.

Protestors across America agreed. They took to the streets in New York, Washington, DC, Baton Rouge and Dallas. And in that last city, the protests turned violent. Snipers shot 12 officers as they attempted to police the demonstrations. Five of those officers died. Several others are in critical condition.