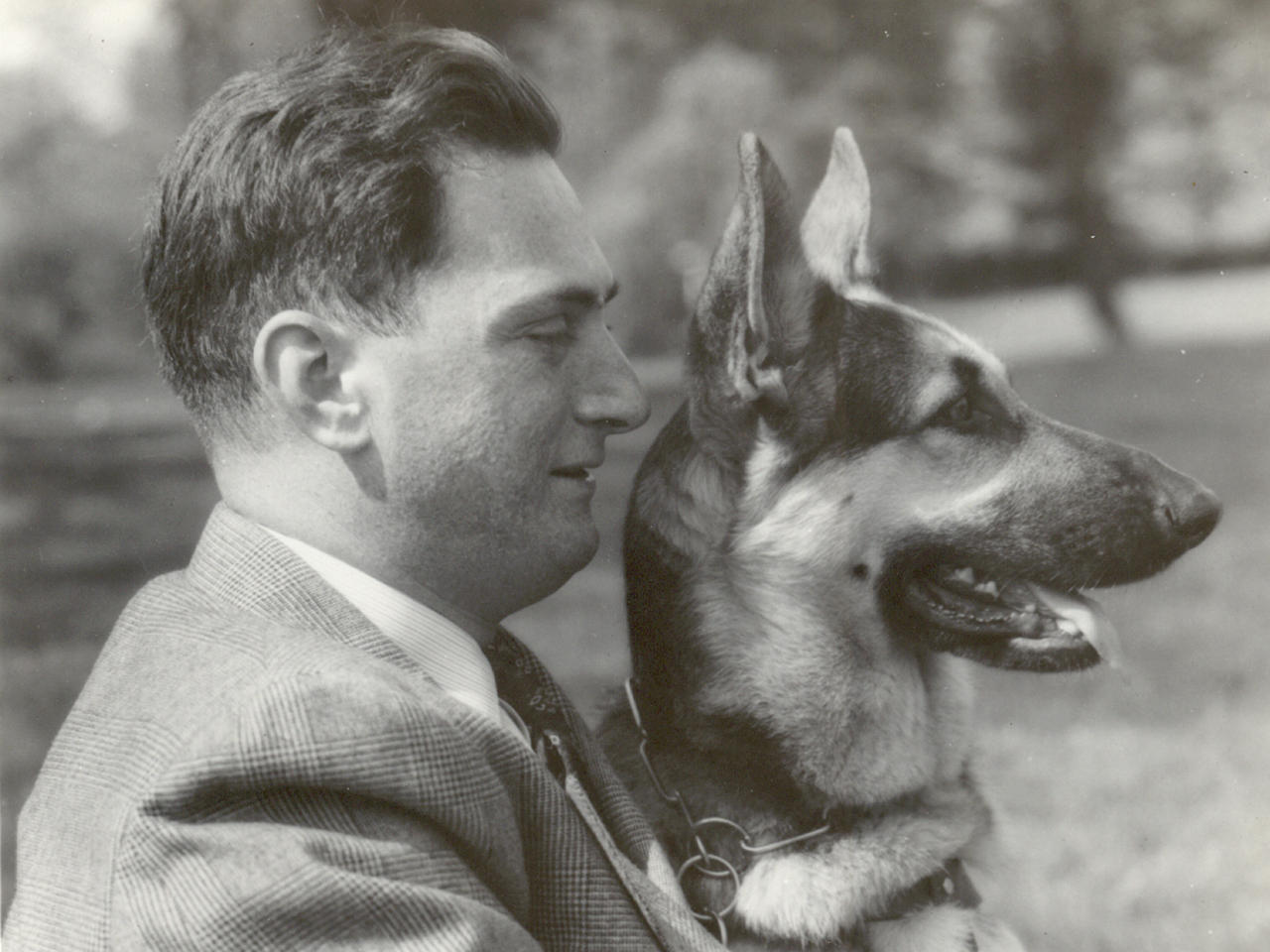 And now a page from our “Sunday Morning” Almanac: January 29th, 1929, 88 years ago today … the day the organization known as The Seeing Eye was incorporated in Nashville.

Co-founder Morris Frank, frustrated by his own blindness, was just back from Switzerland where he’d taken part in a pioneering guide dog program.

“As I put my hands down on Buddy, I knew that she was going to be my declaration of independence, and give me back the freedom that I so long desired,” he recalled.

Many years later, Frank was still singing the praises of Buddy, his first Seeing Eye: “She also would be the pioneer of the guide dog movement in the United States,” Frank said, “for the blind men and women who neither wanted charity nor pity.”

And what a pioneer Buddy was. Her partnership with Morris Frank captured the attention of the American public.

A decade later her successor, Buddy 2, was guiding Frank through the grounds of the 1939 New York World’s Fair.

With exclusive rights to the trademark “Seeing Eye,” the organization Morris Frank helped found has matched more than 16,000 dogs with loving partners over the years.

Now headquartered in Morristown, N.J., The Seeing Eye says it serves an average of 260 people a year.  Training lasts 25 days, and almost all of the costs are paid for by charitable contributions.

CBS News paid a visit to The Seeing Eye’s puppy farm way back in 1983.

Today, some 500 puppies are born into the group’s breeding program every year.

One such animal assistant is Phoenix, a Labrador Retriever who meets his new partner this week.

We’re told that three-quarters of the dogs who begin their training successfully complete it.

They work an average of eight years before they get to enjoy a well-earned retirement.