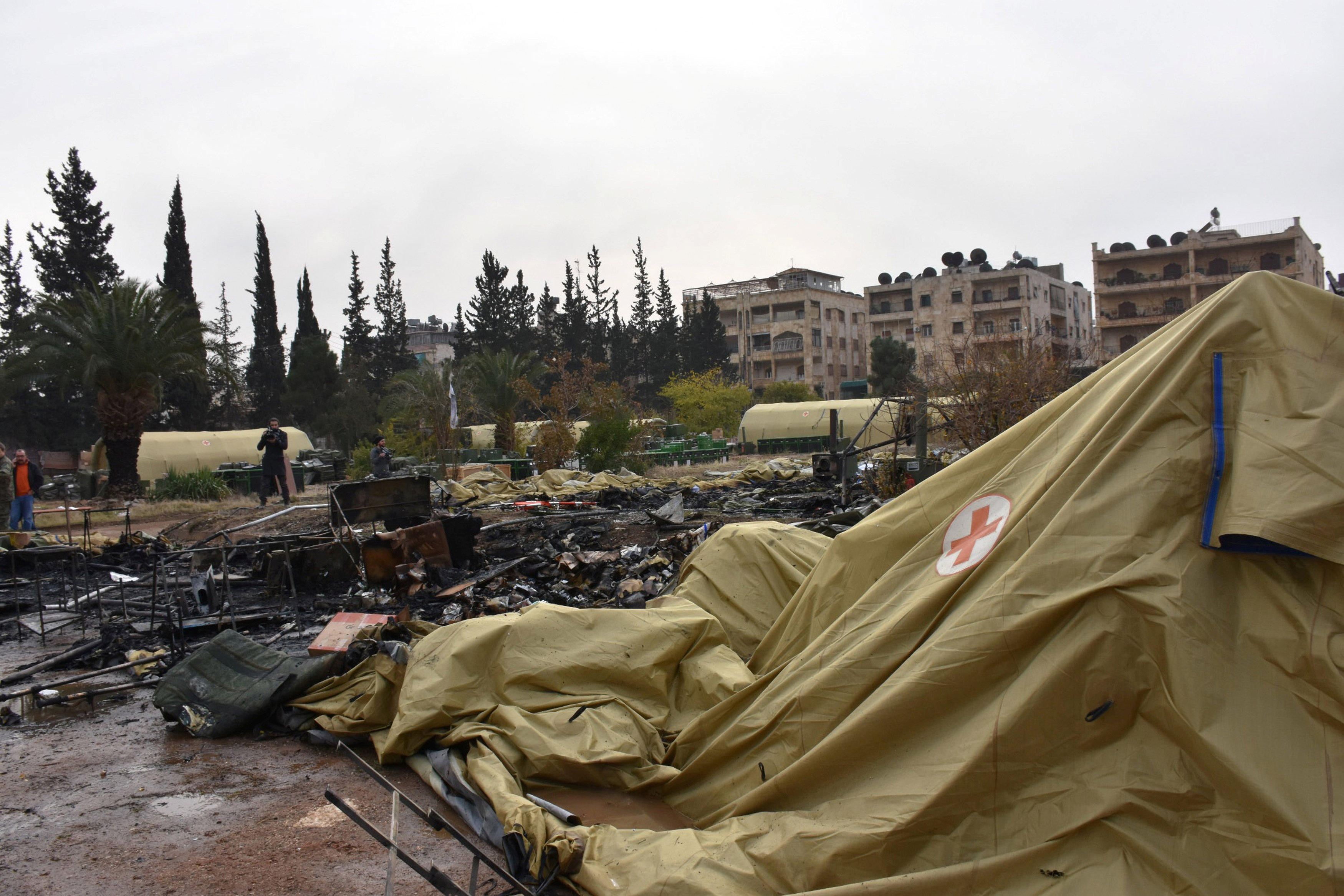 BEIRUT, Lebanon -- The Syrian government and its ally Russia on Tuesday issued stark warnings to rebels in besieged eastern neighborhoods of Aleppo, with Moscow’s top diplomat saying the rebels will be wiped out unless they stop fighting and leave the city.

After issuing the warning, Syrian government forces and allied militias captured Aleppo’s centrally located al-Shaar neighborhood from rebels, securing nearly three quarters of the besieged enclave less than two weeks after launching a ground offensive, according to the Syrian military.

Damascus also said it rejects any cease-fire for Aleppo that does not include the departure of all rebels from the eastern part of the city and that it won’t allow the rebels to use a truce as a chance to “regroup.”

The tough rhetoric comes a day after Russia and China blocked a draft resolution at the U.N. Security Council demanding a seven-day truce in Aleppo to evacuate the sick and wounded and to provide humanitarian aid workers time to get food and medicine into the city. Russia, a main backer of the Syrian government and supporting the government’s offensive in the city, has repeatedly blocked action in the Security Council over Syria.

“Those who refuse to leave nicely will be destroyed,” Russian Foreign Minister Sergey Lavrov told reporters in Moscow, speaking of the Syrian rebels. “There is no other way.”

In Damascus, the Foreign Ministry said in a statement, carried on the state SANA news agency, that the government will not allow rebels a chance to “regroup and repeat their crimes” in the divided city - a reference to rebel shelling of Aleppo’s western, government-held districts that has killed 81 civilians in the past three weeks, according to the Britain-based Syrian Observatory for Human Rights.

“Morale has hit rock bottom,” he said from inside the city’s remaining rebel-held enclave.

The SANA state news agency said the government captured the entire neighborhood as well as the neighborhoods of al-Qatarji and Karm al-Dada.

A map provided by the Syria army showed a quickly shrinking opposition enclave- a pointed leaf-shaped territory in the center, abutting already government-controlled Aleppo districts. The army media said the new gains bring the area controlled by the government in eastern Aleppo to about 73 percent of its original size, which is estimated to be about 17 square miles.

Ibrahim al-Haj, a civil defense member, said he was in the neighborhood shortly before it fell to the government. “It is totally destroyed,” he said, adding that if he had stayed a minute longer he would have been captured. He said the previously densely populated district had largely been deserted since the government forces first moved in on the eastern districts last weekend.

Rebel defenses are collapsing under the weight of twin offensives by pro-government forces.

The government’s offensive to take eastern Aleppo killed 341 civilians over the same period and displaced tens of thousands over the past week, the Observatory and other activist groups have said. Since last Tuesday, a crushing air and ground assault has enabled Syrian President Bashar Assad’s forces to recapture more than half of opposition-held eastern Aleppo.

“A rocket struck the fifth floor of the building we are staying in, but thankfully no one was hurt,” said Judy al-Halaby, an activist sheltering in the Mashhad neighborhood.

At the press conference in Moscow, Lavrov lamented what he described as attempts by the United States to obtain a pause in the fighting in Aleppo to allow rebels to re-arm and re-supply. He said that “serious conversations with are our American partners are not working.”

Russian officials alleged rebels were provided coordinates to the hospital by a foreign power, though they did not specify who.

After the Russian and Chinese move at the Security Council, U.S. diplomats accused their Russian counterparts of stalling for time as Syrian government forces advance in Aleppo.

U.S. Secretary of State John Kerry met with Lavrov in Rome last Friday to discuss Aleppo but there has been no evident progress after their meeting on reviving the stalled Syria peace talks.