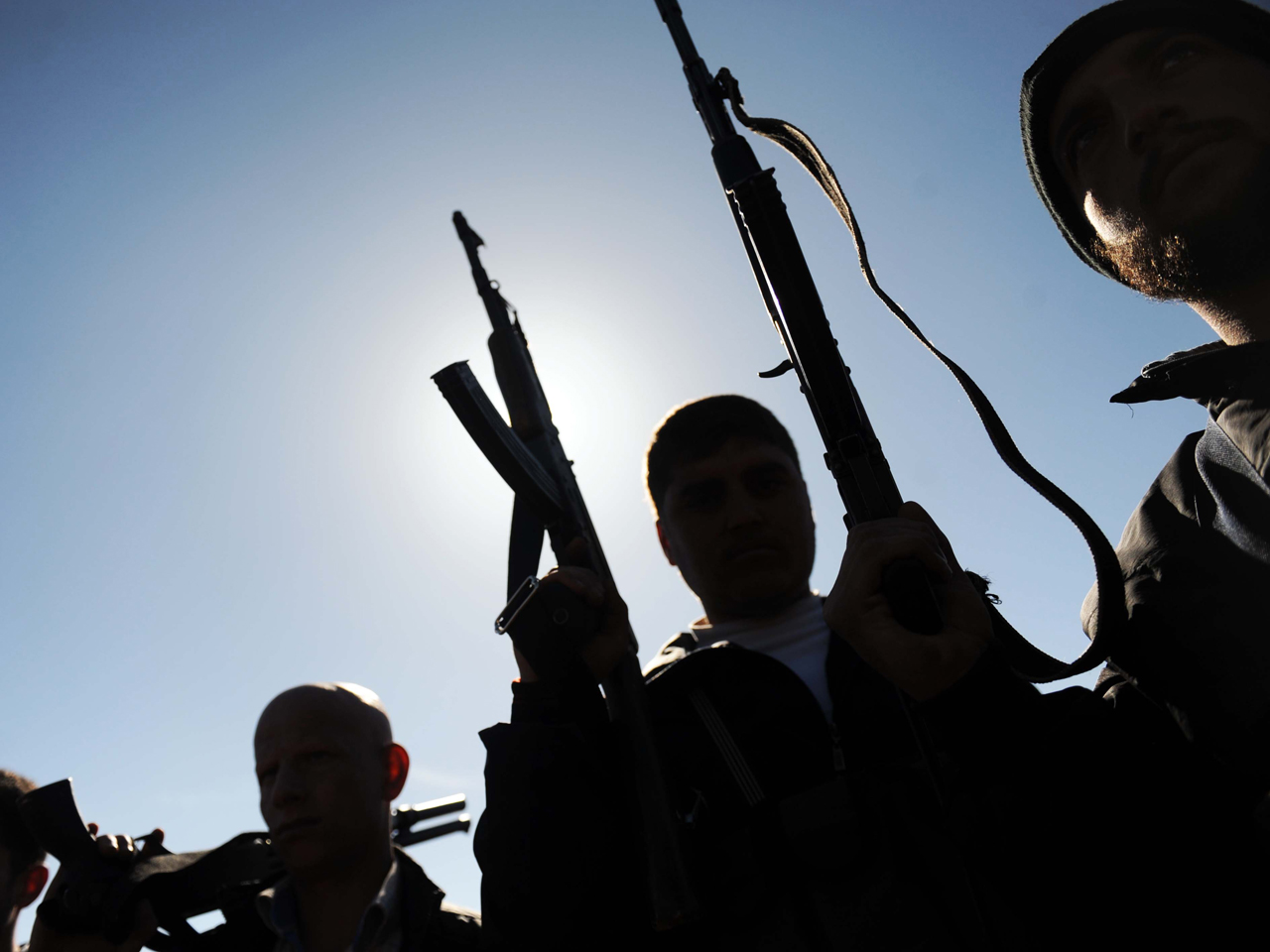 BEIRUT Al Qaeda-linked gunmen killed a rebel commander in northwestern Syria, an activist group and an opposition spokeswoman said Friday, in a sign of increased tensions and infighting among groups battling the Damascus regime.

The shooting came as several mortar shells hit the central Amara neighborhood in the capital Damascus, killing at least six people and wounding dozens, according to the SANA state news agency. It reported that shells fell on the residential area and that at least 40 people were wounded and taken to hospitals.

Damascus has been targeted by mortar attacks in the past months, attacks that have left scores dead or wounded.

The Britain-based Syrian Observatory for Human Rights said members of the Islamic State of Iraq and the Levant — a reportedly merged group made up of al Qaeda's branches in Iraq and Syria — were behind the shooting of the Free Syrian Army commander, Kamal Hamami. The observatory said gunmen shot Hamami dead late Thursday after militants tried to remove a checkpoint he set up in the Jabal al-Akrad mountain in the coastal province of Latakia. It said two of his men were seriously wounded in the shooting.

A spokeswoman for the Syrian National Coalition, Sarah Karkour, said the Free Syrian Army has confirmed Hamami's death at the "hands of the Islamic State in Iraq and Levant." She did not elaborate.

The Western-backed main coalition is a political wing of the Free Syrian Army, the umbrella rebel group.

Activists in the past have reported occasional clashes between rebel groups and the Islamic militants active in rebel-held areas, especially in the north where the opposition has control of a large part of the territory.

There also has been infighting between Kurdish and Arab groups over the control of territory captured from the government along the border with Turkey in the past year. That fighting subsided after a cease-fire agreement early this year.

The killing took place as Syria's main opposition bloc complained that some U.S. lawmakers are obstructing efforts to step up support for the rebels fighting to topple President Bashar Assad's government.

President Barack Obama recently said the U.S. is willing to send weapons to the opposition. Even so, Washington has been reluctant to arm the rebels battling Assad's troops because radical Islamic groups, including those with al Qaeda links, have emerged as their most effective fighting force. Western countries have also been concerned over the lack of unified command among rebel groups.

In a statement late Thursday, the coalition urged Congress to back arms deliveries to the rebels.

"The Syrian coalition is deeply concerned by reports indicating that elements in the U.S. Congress are delaying the administration's efforts to increase its support to the Free Syrian Army" the statement said. The coalition will ensure "that arms will not reach extremist elements," it added.

More than 93,000 people have been killed since the Syrian conflict began in March 2011 with largely peaceful protests against Assad's rule that escalated into a civil war in response to a brutal government crackdown. Over the past year, the conflict became increasingly sectarian, with mostly-Sunni rebels assisted by foreign fighters fighting government forces bolstered by fighters from the Lebanese Shiite group Hezbollah.

Assad's government is backed by Russia and Iran. Moscow has continued to supply Assad with weapons throughout the crisis, saying it is fulfilling existing contracts. The U.S., as well as its European and Gulf allies, has backed the opposition in the conflict, sending funds and non-lethal aid to the rebels.