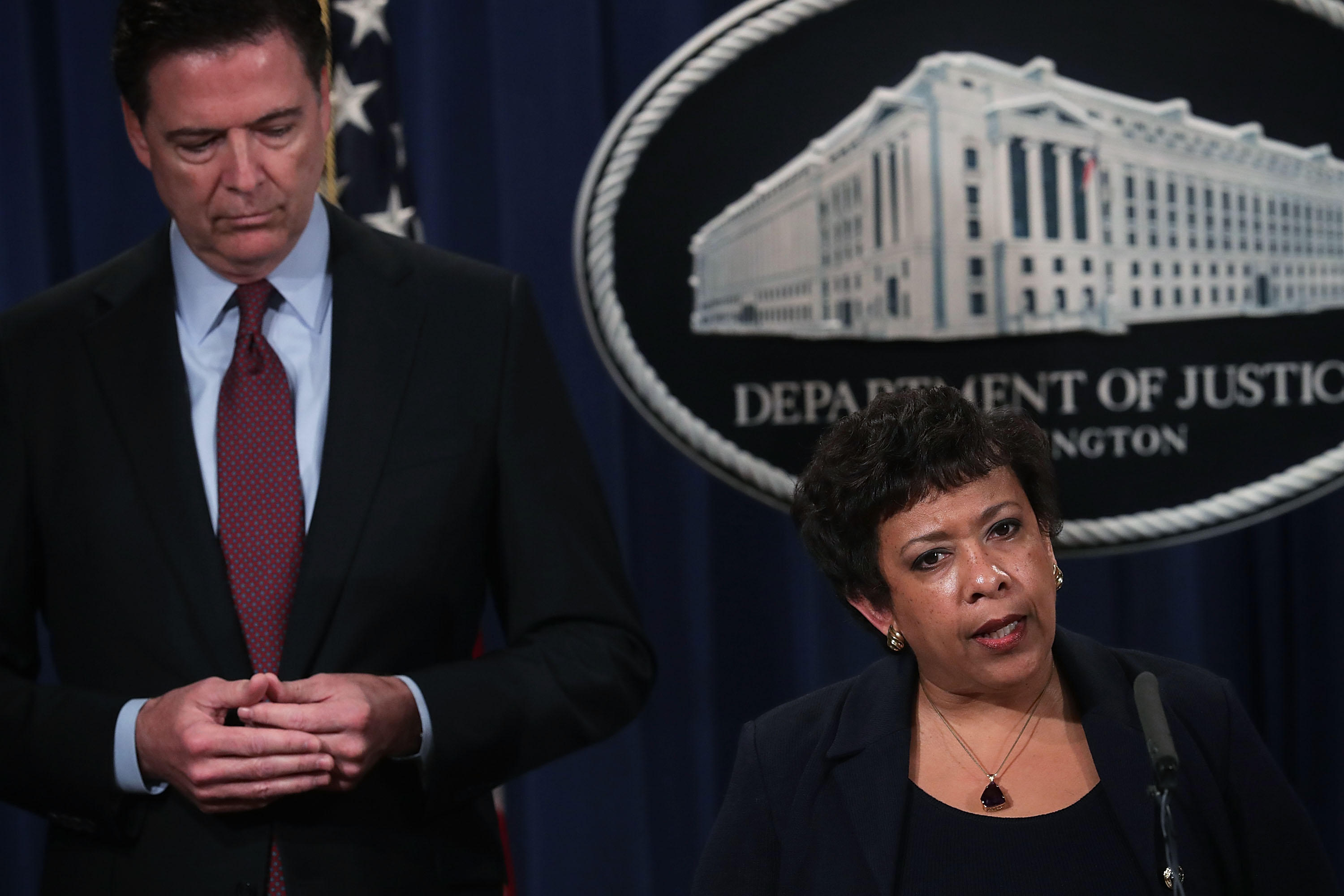 Attorney General Loretta Lynch and FBI Director James Comey met in person Monday and discussed the seriousness of the current situation involving the discovery of emails that might be related to the investigation into Hillary Clinton’s private email servers, CBS News confirmed Tuesday.

Lynch and Comey met for their regular national security meeting at the FBI, CBS News’ Paula Reid reports. After the meeting ended, Lynch pulled Comey aside to discuss the situation. After talking about the case, Lynch asked him how he is doing overall.

The FBI chief will be speaking at a memorial service on Tuesday, but it’s closed to the press.

Comey has come under fire for sending a vague letter about the discovery to GOP committee chairmen on Capitol Hill Friday afternoon without providing any additional information. The emails are believed to be from the account of top Clinton aide Huma Abedin. Overall, several hundred thousand emails were found on the laptop belonging to her estranged husband, Anthony Weiner, and a portion of those may be related to the Clinton investigation.

Late Monday, the Justice Department told Congress that it would dedicate all necessary resources to the investigation into Clinton’s email servers and would take appropriate steps “as expeditiously as possible” since Election Day is next Tuesday.

While the developments became public Friday, investigators didn’t obtain a search warrant to sift through the huge trove of emails until Sunday. Comey said initially that the emails are pertinent to the email server investigation, but they were in the process of trying to determine whether they were significant.

Clinton on Tuesday said, “There’s no case here” and Democrats have criticized Comey for commenting on an open investigation without presenting any additional information.

Even some Republicans have questioned Comey’s judgment. While Sen. Chuck Grassley of Iowa said he believed Comey was right to alert Congress about the new emails, he said the vague disclosure is “not fair to Congress, the American people or Secretary [Hillary] Clinton.”