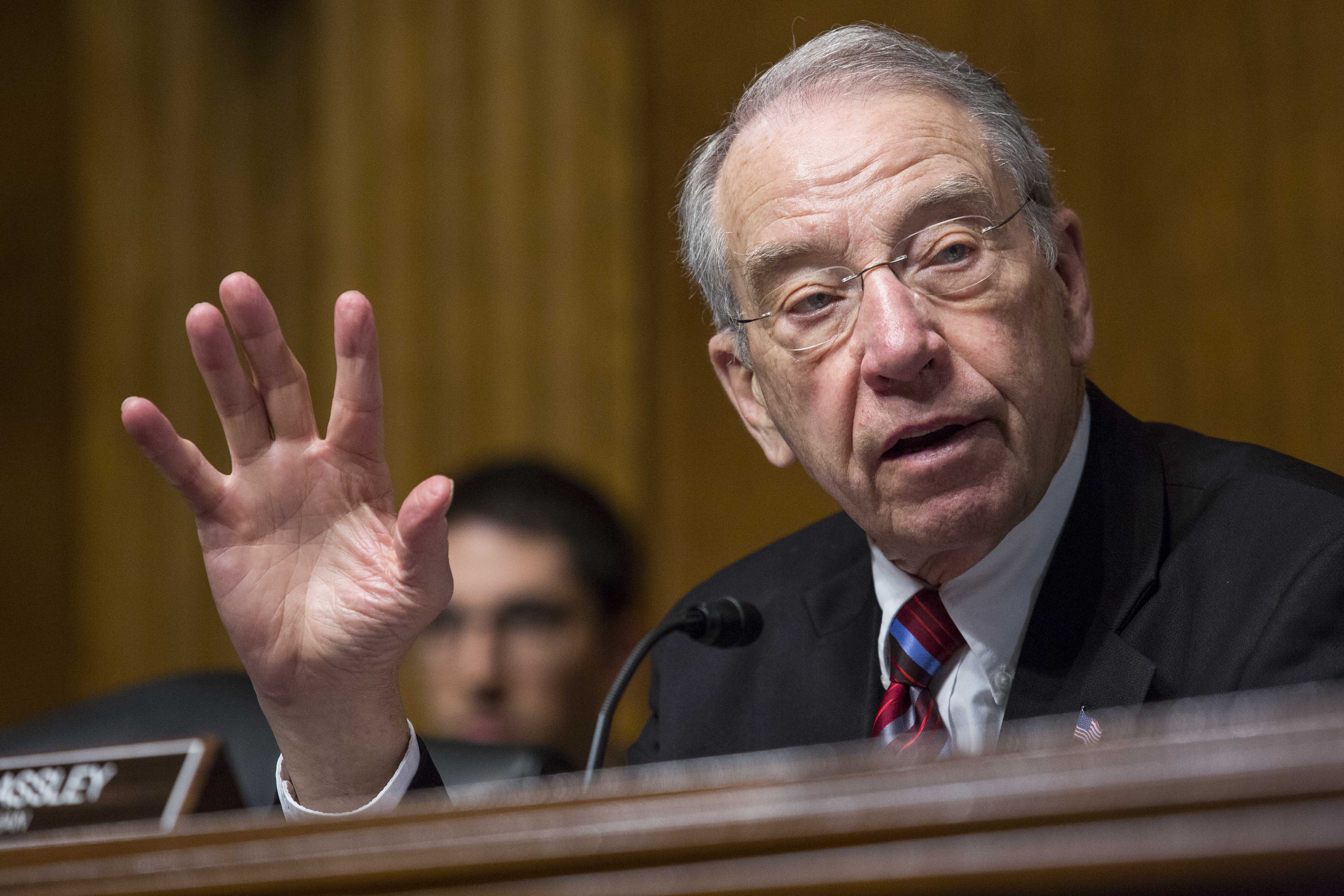 The Republican chairman of the Senate Judiciary Committee on Monday said that FBI Director James Comey’s disclosure Friday about newly discovered emails related to the private email servers probe is “not fair to Congress, the American people or Secretary [Hillary] Clinton.”

In a letter to Comey Monday, Sen. Chuck Grassley of Iowa said that Comey’s letter to GOP committee chairmen on Friday was “vague” and he listed a number of questions that he wants answered by Friday.

The letter, Grassley said, was unclear about what investigative steps the FBI is taking, why they are necessary to review the emails and whether they might include steps like seeking a search warrant. While he said Comey faced a “difficult decision,” Grassley was largely critical of the FBI director’s actions.

“While I disagree with those who suggest you should have kept the FBI’s discovery secret until after the election, I agree that your disclosure did not go far enough,” Grassley wrote. “Unfortunately, your letter failed to give Congress and the American people enough context to evaluate the significant or full meaning of the disclosure.”

He continued by saying the disclosure without additional context is “not fair to Congress, the American people or Secretary Clinton.”

Comey notified top GOP lawmakers Friday that the FBI had discovered new emails that “appear to be pertinent” to the investigation into Clinton’s use of private email servers as secretary of state. They were emails from top aide Huma Abedin’s account found on a laptop belonging to her estranged husband Anthony Weiner. Investigators only obtained a search warrant to begin sifting through the emails on Sunday. Comey said in his letter Friday they didn’t know “whether or not this material may be significant.”

“In the wake of your vague disclosure, Congress and the American people are left to sift through anonymous leaks from Justice Department officials to the process of varying levels of detail, reliability, and consistency. The American people deserve better than that,” Grassley wrote.

Grassley also questioned whether there are political appointees at the Justice Department who are throwing up roadblocks to FBI agents in their investigation into Clinton’s servers. He listed a number of questions that he wants answered by Friday, just a few days before the election on Tuesday. He asked, for example, how the FBI knows that the emails are pertinent to the FBI’s inquiry into Clinton, any preliminary information about whether the emails are duplicates that have already been reviewed and asked for a time-frame that the emails cover.