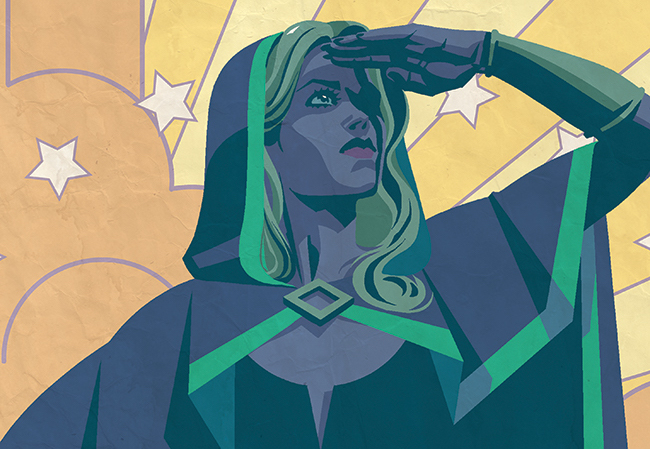 The series, from writer Paul Jenkins, explores characters who have special abilities and physical, chemical or mental challenges -- like a shape-shifter who becomes quadriplegic or an unattractive heroine. But the centerpiece -- and the subject of the first issue's cover -- is Chalice, a superhero who uses gravity manipulation to fly.

Chalice's secret identity is Charlie Young, a college student beginning to transition to female -- and for the time being can only fully present as female while in costume.

"Faced with persecution by the multi-powered fascist known only as Matter Man, she will face the world as Chalice -- a hero for a new age," a statement from AfterShock read. "But as Chalice navigates the path to becoming her true self, she must juggle the complications of her civilian life and the responsibilities of her newfound power. This groundbreaking series -- years in the making -- begins the saga of a young woman who can only really be herself ...whenever she is not herself."

The first issue of "Alters" goes on sale September 7, 2016, with art by Leyla Leiz, color by Tamra Bonvillain and a cover by Brian Stelfreeze.