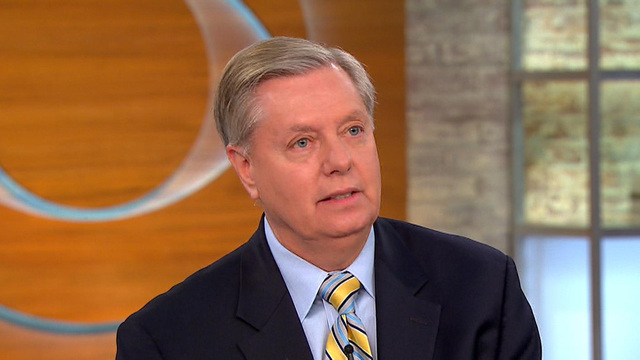 All is right in the world again for South Carolina Sen. Lindsey Graham.

On the 3 p.m. shuttle from Washington to New York last Friday, Graham said he was seated in seat 2F and ended up leaving the plane with a jacket that wasn't his -- but after issuing an on-air plea for the jacket, he's gotten it back.

In a Friday interview with CBSN's Josh Elliott, Graham -- appearing in the swapped jacket (which looked a little big)-- came on to speak about the future of the Republican Party and foreign policy issues. He used the opportunity to tell the story of his lost jacket.

"All of that stuff in the Mideast is important, who will be president, that's important. But I've got the wrong jacket," Graham said. "We're not going to fix the world unless I get my jacket back."

He then spoke directly to the jacket-swapper, imploring whoever ended up with his jacket to call his office and return it to him.

"I have your jacket, you have mine," he said. "Call me. I'm in the book. And I apologize for my jacket being so dirty. If we get this right, everything else falls in place."

Graham did get his jacket back, according to a spokeswoman, though she declined to say who he'd accidentally swapped it with and when it was returned.