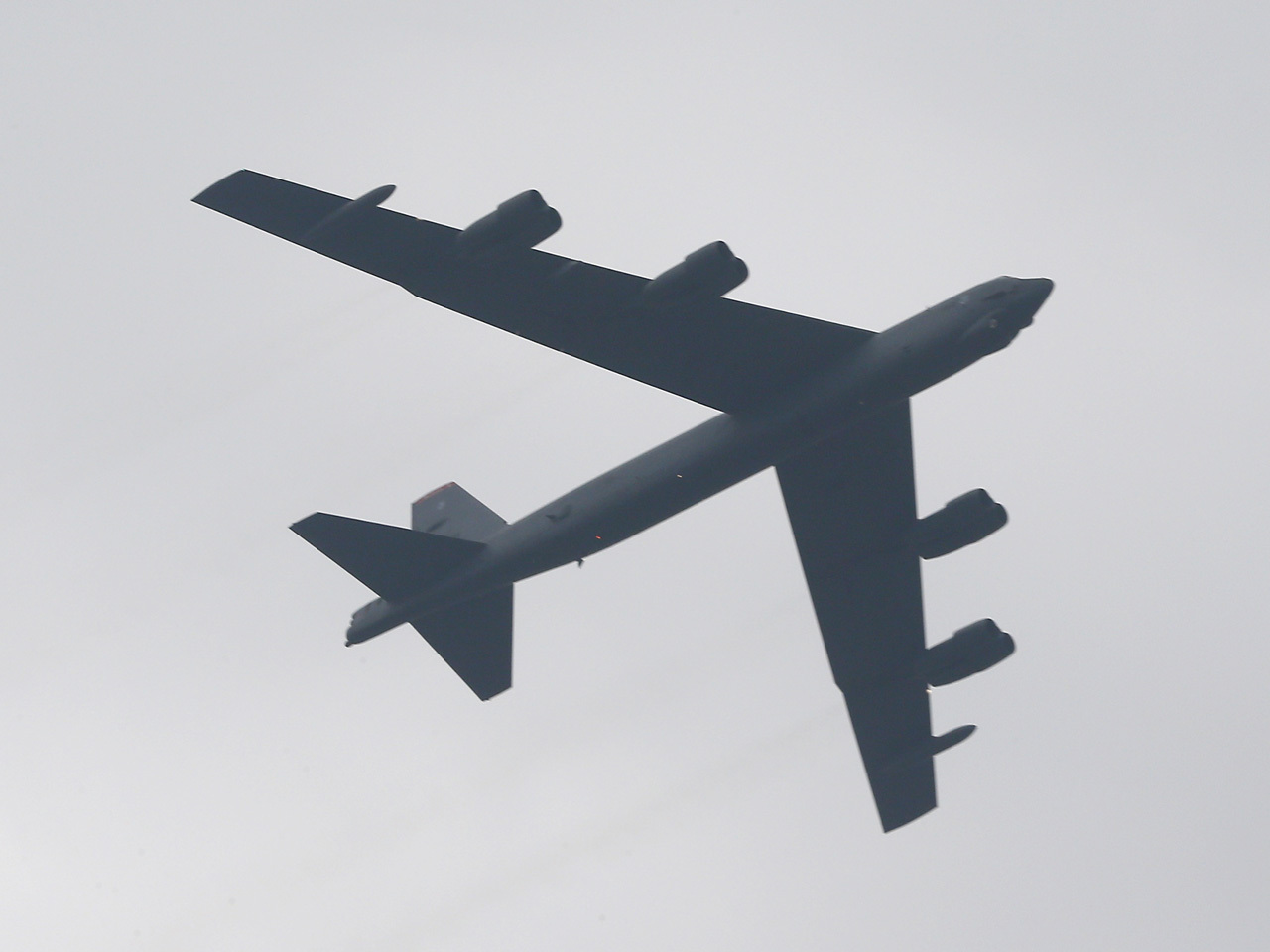 The U.S. military has dramatically ramped up airstrikes against Taliban targets in Afghanistan, dropping at least 24 guided bombs in just four days in a "direct effort to destroy insurgent revenue sources, training facilities, and support networks."

Violence has spiked across Afghanistan in recent months, including a number of high-profile attacks and suicide bombings around the capital Kabul, proving the Taliban's ability to strike in the seat of Afghan power more than 15 years after the U.S. invaded to wrest power from the Islamic extremist group.

The deadliest attack in Kabul saw a suicide squad of six Taliban fighters terrorize the Intercontinental Hotel at the end of January, leaving at least 21 people dead, including Americans.

Even before the attack, Afghanistan's president admitted to "60 Minutes" correspondent Lara Logan that he is unable to protect his own capital.

"Twenty-one international terrorist groups are operating in this country," said Afghan President Ashraf Ghani. "Dozens of suicide bombers are being sent. Their factories are producing suicide bombers. We are under siege."

Those would-be bombers and their tools of war were prime targets of the U.S. airstrikes launched over the weekend. The U.S. military said in a statement that the strikes focused on, "Taliban training facilities in Badakhshan province, preventing the planning and rehearsal of terrorist acts near the border with China and Tajikistan. The strikes also destroyed stolen Afghan National Army vehicles that were in the process of being converted to vehicle-borne improvised explosive devices."

CBS News Radio correspondent Cami McCormick says those stolen vehicles had been used in recent attacks on Afghan security forces, who the U.S. troops in the country are trying to train and equip to face the enemy on their own.

"During these strikes, a U.S. Air Force B-52 Stratofortress dropped 24 precision guided munitions on Taliban fighting positions, setting a record of the most guided munitions ever dropped from a B-52," U.S. Forces-Afghanistan said in the statement released Tuesday.

U.S. Navy Capt. Tom Gresback, spokesman for U.S. Forces-Afghanistan, told McCormick on Tuesday that the strikes on Badakhshan were of particular significance as it was the first time such U.S. air power had focused on the Taliban's presence in that northeastern corner of the country.

"The Taliban have nowhere to hide," General John Nicholson, commander of U.S. forces in Afghanistan said in the statement, which touted the Afghan forces success in denying the Taliban control of any provincial capitals during 2017. "There will be no safe haven for any terrorist group bent on bringing harm and destruction to this country."

The Islamic extremist group still controls significant territory in southern Afghanistan, including in Helmand, and an Islamic State of Iraq and Syria (ISIS) affiliate has also gained momentum in the country over the last couple years, carrying out a number of deadly attacks on security forces and Shiite Muslims.

At the height of the war, there were 130,000 U.S. combat troops in Afghanistan. CBS News national security correspondent David Martin reported in January that the number is now about 13,000, and the U.S. is pursuing a new strategy relying on Afghan ground troops to do the fighting -- backed up by American advisers and airstrikes.

It has been lower, but after President Donald Trump shifted U.S. policy in Afghanistan to give his senior commanders more say over troop levels, Defense Secretary James Mattis ordered an additional 3,000 American forces into the country late last year.

U.S. aircraft have also begun striking opium labs, which are believed to be one of the Taliban's most valuable sources of revenue. The U.S. military's statement released Tuesday noted that strikes also continue in Helmand province, "to degrade Taliban revenue sources and safe havens."

The military said the airstrikes, in combination with Afghan forces conducting ground operations, "have resulted in the removal of more than $30 million of Taliban revenue since the campaign began in November, 2017."

"The Taliban cannot win on the battlefield, therefore they inflict harm and suffering on innocent civilians," said Nicholson. "All they can do is kill innocent people and destroy what other people have built."

The top American commander in Afghanistan told CBS News in January that it would likely take two years for the new U.S. strategy to produce results. The goal is not to defeat the Taliban, but to convince them to negotiate an end to the fighting.