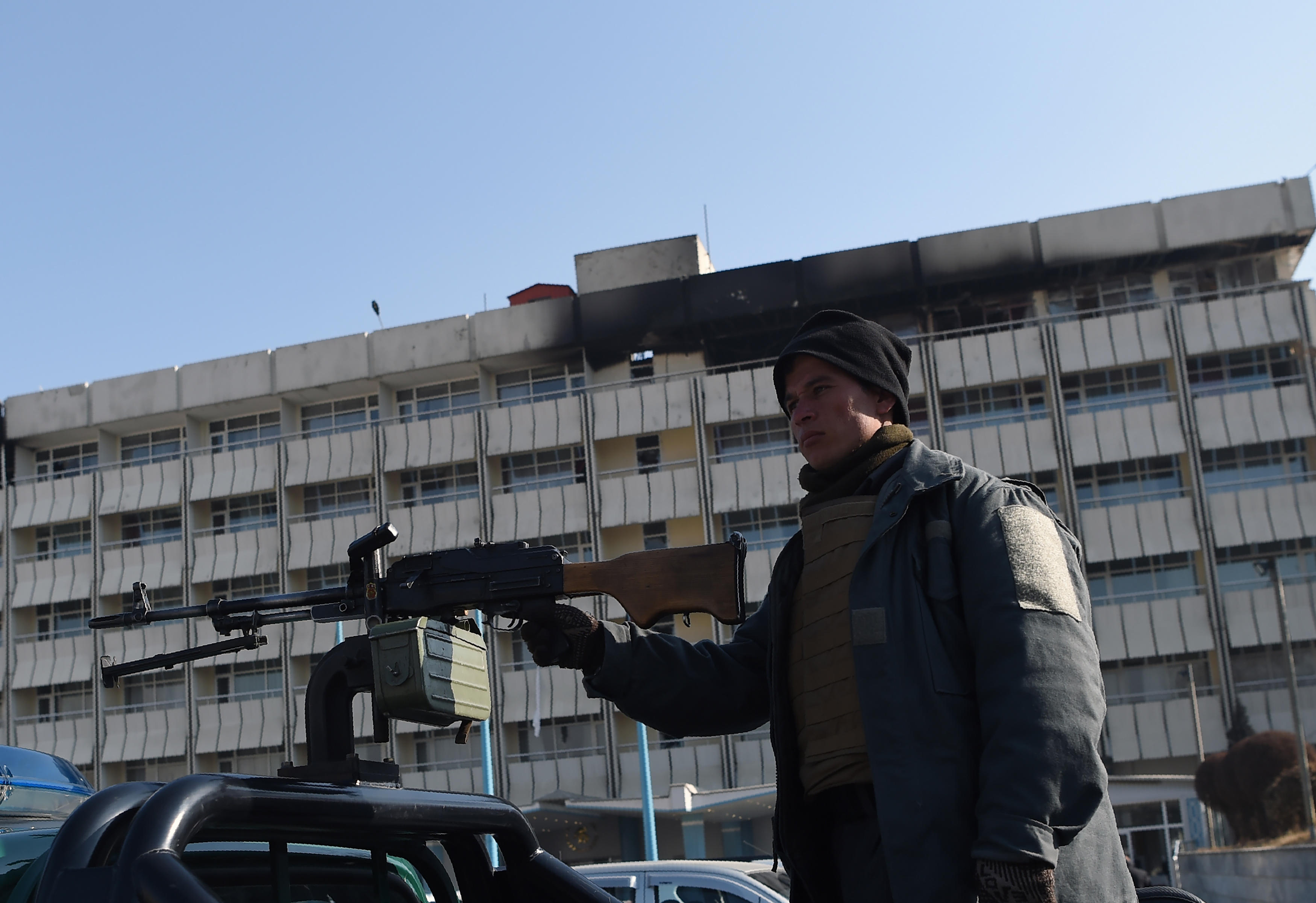 WASHINGTON -- The U.S. State Department said Tuesday some Americans were killed when terrorists stormed a hotel in Afghanistan's capital last weekend, but the exact number is not known.

It's not the first time American civilians have been killed in a terrorist attack in Kabul, but it brought home just how unsafe the Afghan capital remains after 16 years of war. A suicide squad of six Taliban fighters terrorized the Intercontinental Hotel for 14 hours before the last of them was killed. Hotel guests said the fighters roamed the halls looking for foreigners to kill. Some guests escaped over balconies while others hid under beds or in bathtubs. One hundred and fifty people, including 41 foreigners, got out alive.

Even before the attack, Afghanistan's president admitted to "60 Minutes" correspondent Lara Logan that he is unable to protect his own capital.

"Twenty-one international terrorist groups are operating in this country," said Afghan President Ashraf Ghani. "Dozens of suicide bombers are being sent. Their factories are producing suicide bombers. We are under siege."

Forty-one people were killed in the bombing of a cultural center last month, and another 150 died in a truck bombing outside the German embassy last May, possibly the deadliest of the entire war.

At the height of the war, there were 130,000 combat troops in Afghanistan. That number is now down to one-tenth of that, and the U.S. is pursuing a new strategy relying on Afghan ground troops to do the fighting backed up by American advisers and air strikes. U.S. aircraft have also begun striking opium labs which are believed to be the Taliban's major source of revenue.

The top American commander in Afghanistan estimates it will take two years for the strategy to produce results. The goal is not to defeat the Taliban, but to convince them to negotiate an end to the fighting.