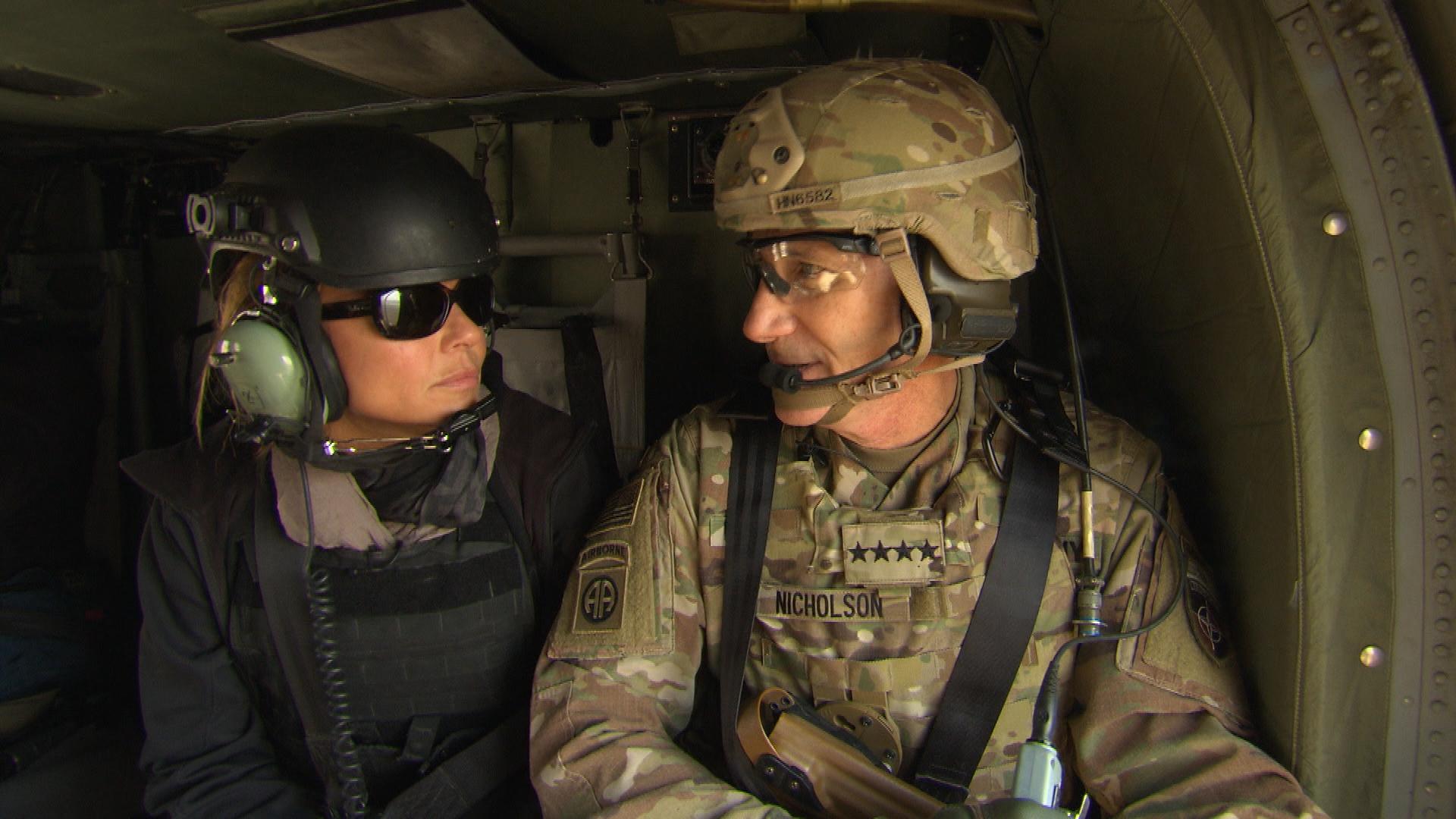 The Afghan War has cost America 2,400 lives and a trillion dollars, but 16 years later, the country's capital may be at its most dangerous. The threat of roadside bombs is so high, U.S. personnel must fly the two miles from Kabul's airport to their headquarters. As costly as America's longest war has been, to fail in its mission there would be even costlier says the U.S. commanding officer in Afghanistan, Gen. John Nicholson. Lara Logan interviews Nicholson and Afghan President Ashraf Ghani, for a report on the War in Afghanistan to be broadcast on 60 Minutes, Sunday, Jan. 14 at 7:00 p.m., ET/PT.

Logan and crew under heavy security toured the inner city of Kabul, where they encountered a maze of protective checkpoints and concrete blast walls. "21 international terrorist groups are operating in this country," says President Ghani. "Dozens of suicide bombers are being sent. There are factories…producing suicide bombers. We are under siege. And conditions of siege require protective responses."

The protection is nearly all paid for by American taxpayers, who foot 90-percent -- more than 4 billion a year -- of the Afghan military budget. "We will not be able to support our army for six months without U.S. support, and U.S. capabilities," Ghani tells Logan.

The airport road is so vulnerable to bombings, U.S. and allied personnel are shuttled from the airport by helicopter. Logan observes that this maneuver could be considered ceding territory to the enemy. Not so says Nicholson. "I disagree. I think it's answering our moral imperative to protect the lives of our soldiers and civilians. So that's what we do."

The U.S. began the war in Afghanistan as part of a response to the foreign terrorists who attacked the U.S. on 9/11. When Logan points out that Americans are now more afraid of domestic terrorists, the general says all the more important to beat Islamic militant terror wherever it is. "We need to defeat the ideology," says Nicholson. "If we were to lose here or if we were to leave here, the cost would be unacceptable. Why? It would embolden jihadists globally, those living in our own countries…In my view the cost of failure here is unacceptable."

President Trump shares Nicholson's view. President Obama announced a withdrawal date and began drawing down troops before he left office. Mr. Trump gave Nicholson 3,000 more troops and a change in policy the general says will help him kill more Taliban leaders. "Yes, this is the end game. This is a policy that can deliver a win," says Nicholson.